Feeding Horses During Import From Europe

Learn about the importation process and how your horse will eat during quarantine before entering the United States. 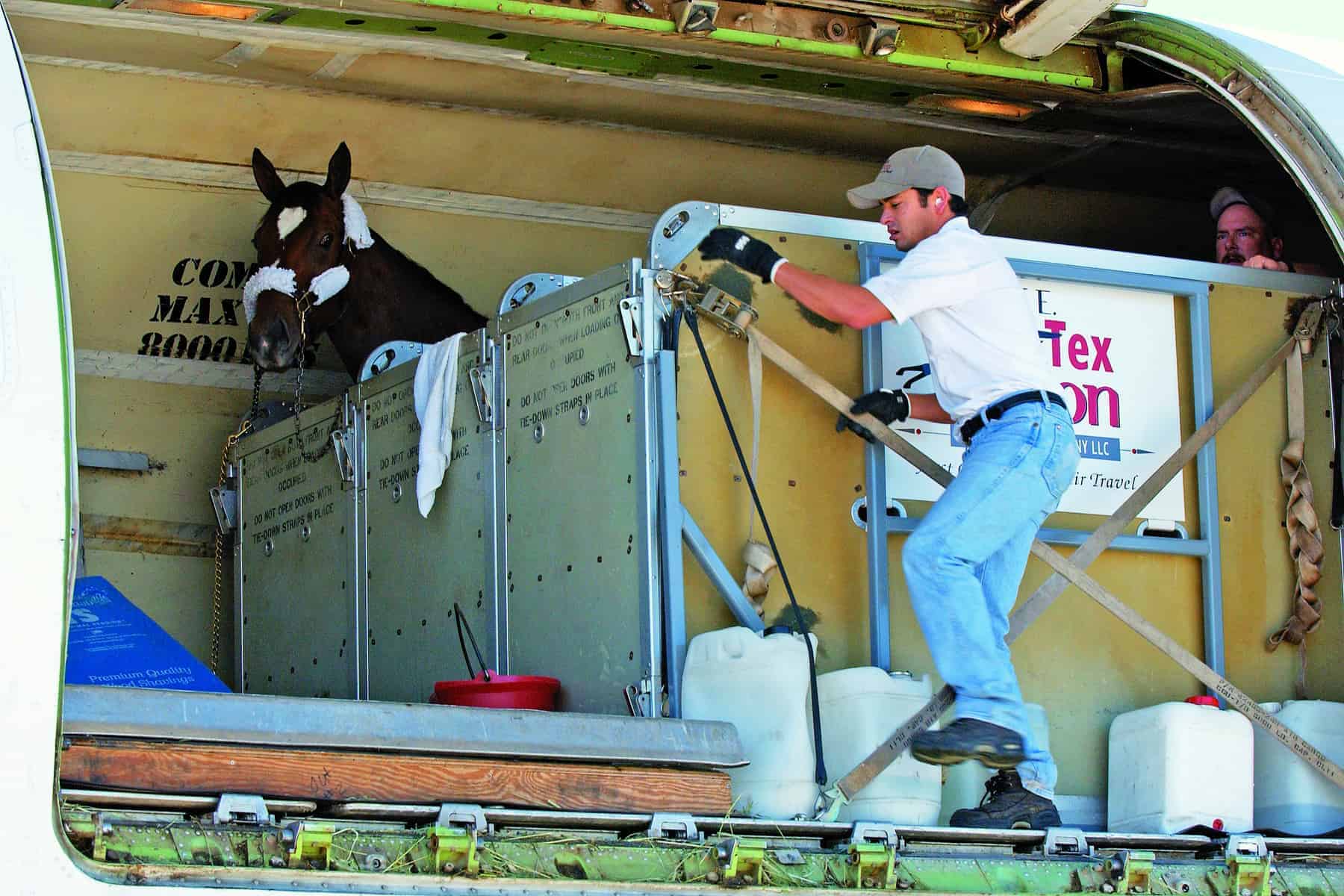 Q. I’m currently looking for my next equine partner in Europe, and from what I’ve learned, horses in Europe are fed different types of forages and concentrate feeds than in the U.S. I’m a little concerned that the horse might colic once it gets here since we won’t have the opportunity to slowly transition to a new diet. Do you have any advice?

A. Your observations are correct: Rations fed to horses in Europe are quite different than in the United States. Of course, the horse’s anatomy and physiology are the same, and so in both places forages are the foundation of the diet. In the United States grass pasture and hay are the main forage sources. While these are also extremely common in Europe, a significant number of European horses consume haylage, a type of silage made specifically for equids. Haylage contains more moisture than hay at about 40 to 50% dry matter versus 85% or higher dry matter in hay.

Hay types also differ. It’s unusual to feed horses alfalfa in Europe, because it only grows in limited regions. When it can be found it is typically referred to as lucerne. In some places straw is commonly fed, something rarely seen in the United States.

Commercial grains also differ. Mueslis type feeds that include chopped forages and flaked or extruded grains are popular, as are pellets. European performance feeds don’t tend to rely as heavily on fat as in the United States. While a handful of European feed manufacturers do export to the United States, chances are you will not be able to find the feed your horse is being fed.

So, you’re correct this creates a conundrum, because we all know that making sudden feed changes is not advisable, and yet when bringing a horse into the United States from overseas, you might have little choice. Even bringing a bag of current feed with you is unlikely, because laws are strict regarding moving feedstuffs across international borders.

What Can You Do?

You may or may not get much information about what your new horse has been eating, depending on your degree of involvement in the sales process. If someone else brokers the deal for you, you might not get information about things such as current diet.

Before your horse gets to his final destination, he will likely experience at least two changes in hay. The carrier will probably provide free-choice grass hay on the plane. Upon landing in the United States, your horse will be held in a USDA quarantine facility, and the length of this hold will depend on where the horse came from. Initial quarantine is typically close to the original port of entry, and horses coming from most European countries are held for three days. Geldings are then free to go; however, stallions older than 731 days and mares then move to a state contagious equine metritis (CEM) quarantine facility for further evaluation. Mares are released after 15 days and stallions after five weeks.

Typically, you have little say in what your horse is fed while at the USDA facility, and generally they just receive grass hay. However, many CEM facilities are willing to feed what the owner requests. I would suggest keeping the horse on grass hay. If the horse needs concentrate feed, consider what else you plan to feed once he reaches your facility. Try not to have the horse fed one type of concentrate at the CEM facility only to change it to something else once he gets home.

If you plan to feed a ration balancer or performance feed, etc., after leaving quarantine, you can ask the CEM facility to introduce it. See whether the facility is willing to sell you a bale of the hay it’s been feeding so you can make a gradual transition to your hay.

You might also want to consider asking the CEM facility personnel to feed your new horse a good prebiotic to help stabilize the hindgut during all these diet changes. Make sure your horse has access to salt or a good electrolyte daily to encourage drinking.

If you purchase a gelding and have no CEM facility quarantine period, you can keep these same things in mind. Maintain your new horse on grass hay at least initially and provide a ration balancer to ensure all nutrient needs are met, provide salt, and consider a prebiotic such as yeast culture for hindgut support.

The good news is that despite breaking the nutrition rule of not making sudden feeding changes, most horses traveling here from overseas do so without issue. Do the best you can, and take things slowly, keeping a careful eye out for anything that might suggest something is amiss.

We have an "AMAZING Lineup" of exciting and available Thoroughbreds for you to meet. They have been rehabilitated, retrained and…
08/06/2019
Total views: 26918