Learn about key anatomic features of the equine digestive tract in this free fact sheet. Sponsored by Vitalize. 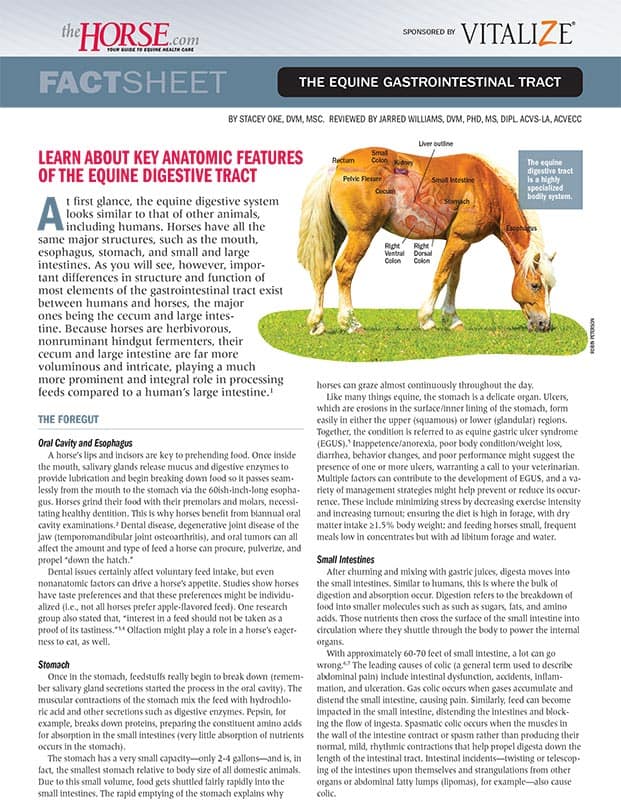 At first glance, the equine digestive system looks similar to that of other animals, including humans. Horses have all the same major structures, such as the mouth, esophagus, stomach, and small and large intestines. As you will see, however, important differences in structure and function of most elements of the gastrointestinal tract exist between humans and horses, the major ones being the cecum and large intestine. Because horses are herbivorous, nonruminant hindgut fermenters, their cecum and large intestine are far more voluminous and intricate, playing a much more prominent and integral role in processing feeds compared to a human’s large intestine.

Download your free copy of this fact sheet to learn more about key anatomic features of the equine digestive tract.

If you're interested in adopting this horse, please submit an ‘Adoption Inquiry’ via our website: Allaboutequine dot org. No texts…
07/01/2021
Total views: 912