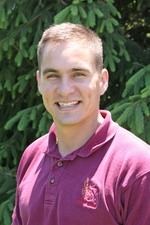 Raul Bras DVM, CJF, grew up in Puerto Rico where he showed and bred Paso Fino horses. He earned his undergraduate degree in animal science from Louisiana State University, graduated from Ross University Veterinary School in 2005, and completed his clinical year at Auburn University. In 2005, Bras completed a surgery internship at Rood & Riddle Equine Hospital, in Lexington, Kentucky. The following year he stayed on as an associate veterinarian in Rood & Riddle’s podiatry department, where he’s now a shareholder. Bras completed Cornell University's farrier program in 2007 and became an American Farriers Association Certified Journeyman Farrier in 2010. In addition to providing his expertise in equine podiatry in Lexington, Bras travels throughout the United States and internationally to treat horses. He’s devoted to the betterment of the vet-farrier relationship. In 2015, he was inducted into the International Equine Veterinarian Hall of Fame.