Aflatoxins in Horse Feed: What You Should Know

What are aflatoxins, how do they end up in livestock feed, and are they dangerous to horses? Our equine nutritionist explains. 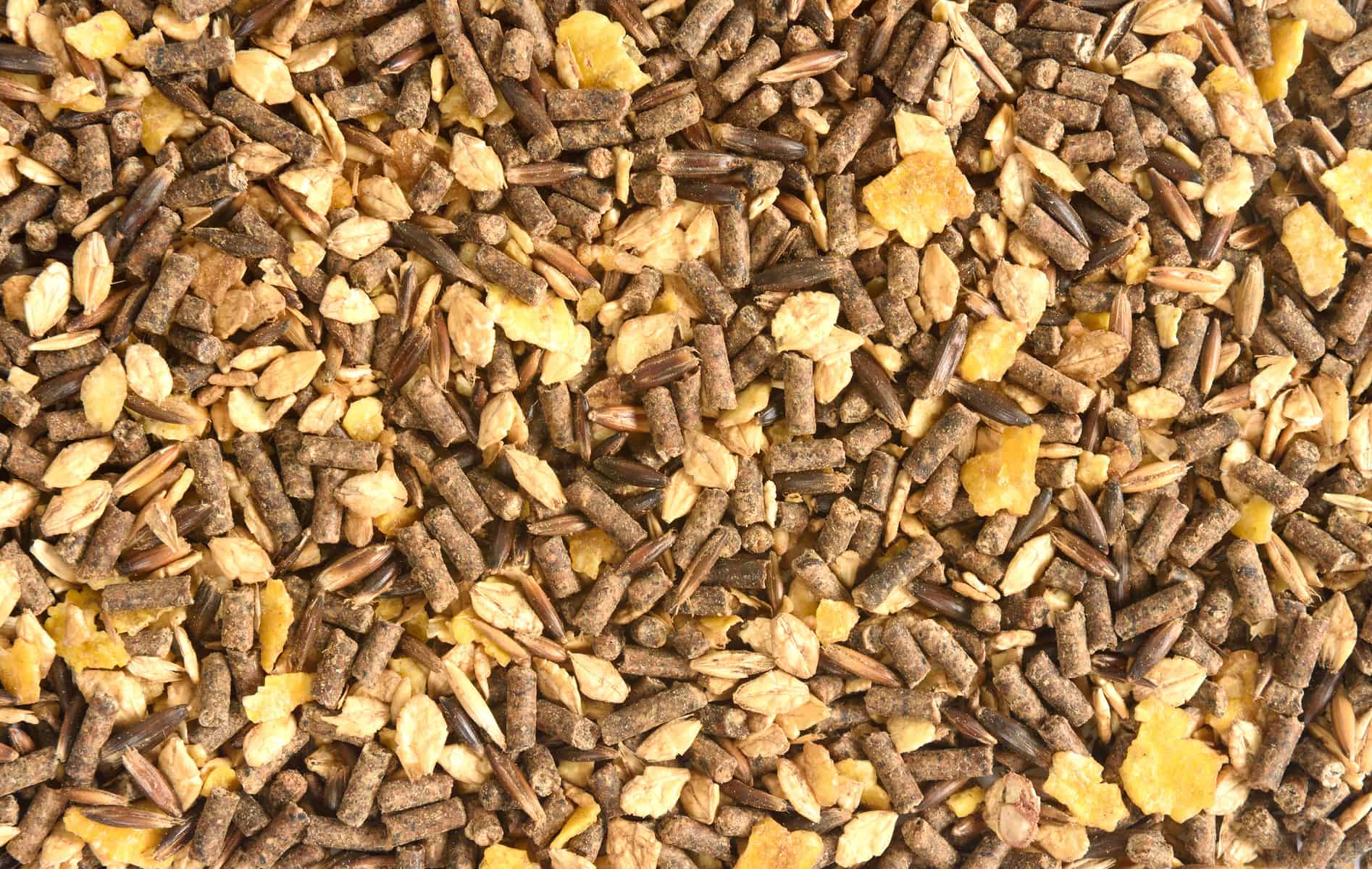 Q.I recently heard about aflatoxins in horse feed. I’ve never heard of these before. What are they, how common are they, and how can I protect my horse?

A.Earlier this month, a manufacturer voluntary recalled feed that contained higher aflatoxin levels than allowed by the U.S. Food and Drug Administration (FDA). Aflatoxins are a group of chemically related mycotoxins that some common molds produce as a byproduct.

Initially discovered in the 1960s, the biggest concern associated with aflatoxins in horse feed is that they can lead to liver damage; this occurs because the liver removes the toxins from the blood after the intestinal tract absorbs them. In horses, signs of chronic liver damage can include inappetence, depression, fever, tremor, ataxia (incoordination), and cough. Acute poisoning can also occur, especially in younger, more vulnerable animals, resulting in generalized hemorrhage, bloody diarrhea, and death.

Aflatoxins and other mycotoxins are potential contaminants of several feed ingredients, particularly corn. They’re most prevalent when plants are stressed and climate conditions are favorable, such as during drought or resulting from insect damage.

Fumonisin (another type of mycotoxin), for example, infects corn kernels and causes moldy corn poisoning or disease in horses. Affected horses display neurologic issues, including incoordination due to damage to the brain’s white matter. Fumonisin-contaminated corn is most common in states with warm, humid climates. Unfortunately, while some horses might not consume feed contaminated with some toxins due to its unpalatable nature, fumonisin doesn’t reduce corn’s palatability. Most commonly, fumonisin is found in corn screenings (corn kernels—broken, ground, or fractured—and other cleaning process byproducts); for this reason the FDA advises against feeding horses corn screenings.

Low levels of these aflatoxins in horse feed are common and appear to cause few issues, so avoiding them completely is likely unrealistic. However, because their negative effects can develop as animals consume higher concentrations, there are guidelines on allowable limits in feed fed to horses and other livestock. The FDA recommends corn and corn byproducts contain less than 5 parts per million (ppm) of fumonisins and that they shouldn’t make up more than 20% of the whole ration’s dry weight. The FDA updated its aflatoxin guidelines in March 2019, and the allowable limit in grains, ingredients, and feeds is 20 ppb for horses.

Feed companies should test raw ingredients at risk of containing mycotoxins before railcars and trucks are unloaded at feed mills. Not only are they testing the ingredients to ensure they’re well below the FDA’s action levels but that they also meet the company’s own quality criteria, which are lower than FDA requirements. Feed that fails feed company testing is refused and not unloaded. A company that produces feeds for different, less-aflatoxin-sensitive species might accept this refused grain.

Scientific literature offers limited information about aflatoxin exposure and metabolism and how they impact horses. This doesn’t mean equine aflatoxin poisoning is rare but rather that we don’t always identify it when horses display nonspecific clinical signs.

Some believe there’s a link between equine respiratory disease and inhaled mycotoxins, so soaking or steaming hay could help reduce mold exposure risk (these molds occur even in the cleanest forages). Molds found in forage tend to be slightly different than those detected in grains, with a greater prevalence of Aspergillus and Penicillium in forages. However, these molds still produce aflatoxins and fumonisin toxins, among others.

You can’t tell whether feed is contaminated by mycotoxins just by looking at it; even feeds that don’t appear obviously moldy can have high toxin levels. If you see your horse exhibiting clinical signs that might be linked to mycotoxin poisoning, call your veterinarian immediately; he or she will conduct bloodwork to assess your horse’s liver health. And, if you feed grain, ask the product manufacturer what steps they take to ensure feeds aren’t contaminated with potentially unsafe levels of mycotoxins.

Some products designed to bind mycotoxins when administered to horses are available on the market. These include clays, such as sodium aluminosilicate, and the cell walls of hydrolyzed yeast. In numerous research trials in other species, scientists have shown these ingredients bind mycotoxins and remove them from the digestive tract before they can be absorbed in the bloodstream. This renders them harmless. These ingredients also have other benefits; hydrolyzed yeast cell walls, for instance, have prebiotic effects.

Finally, store your feeds carefully to help reduce the chance of mold development. Always clean out feed bins between refilling them with new bags, and avoid plastic storage containers if you live in a humid climate.

By selecting feeds from companies with stringent quality control measures and using careful feeding and storage practices, you can help protect your horse from the potential risks associated with mycotoxin exposure.