An amendment to the House appropriations bill designates funds from the Bureau of Land Management budget to use the PZP vaccine to manage wild horse and burro populations. On the afternoon of July 24, bill HR 7608 passed the U.S. House of Representatives with an amendment designating $11 million of the Bureau of Land Management’s budget for the Wild Horse and Burro Program to be used to implement the porcine zona pellucida (PZP) immunocontraception fertility suppression vaccine.

“This is significant in part because the BLM would be required to direct that funding for PZP fertility control,” said Joanna Grossman, equine program manager for the Animal Welfare Institute. “In past years, there has been vague language directing the BLM to pursue humane or politically viable and effective options.”

The PZP vaccine suppresses fertility and acts as a contraception in animals such as horses and elephants. It’s one way the BLM manages population control of wild horses and burros on public lands.

The BLM has used the PZP vaccine for a couple of decades, said Jason Lutterman, public affairs specialist with the BLM’s Wild Horse and Burro Program.

He added that there is evidence of PZP being effective in slowing the growth rate but not eliminating population growth altogether, when looking at small herds that have been tracked and recorded in Colorado.

The PZP vaccine, depending on the formulation, is effective for one or two years. Wild horses still often need to be gathered, said Lutterman, for the vaccine to be administered. Those horses are then tracked to identify which ones need boosters.

Other vaccines, such as GonaCon and oocyte growth factor (OGF) with expected longer effectiveness, are either beginning to be used or are in stages of research, he said.

“BLM wants to have a full suite of tools to manage horses, because each herd is different in its size and how animals are distributed and other aspects of the herd that make it more conducive for fertility control,” said Lutterman.

The most common population management tool is gathering and removal. In 2018 the national estimates of the wild horse and burro population was 81,951. Out of that, 11,472 were removed and 702 received fertility suppression treatments.

The gathers are controversial, because they can lead to injury or sometimes death. However, Lutterman said most animals are gathered without incident.

“We are dealing with wild animals, and accidents can happen,” he said. “Things can unexpectedly happen that can cause injury, and we try to learn from those incidents as well.”

The next step for the HR 7608 is to pass the Senate, and Grossman thinks its prospects are good.

“The amendment passed on the House side,” she said, “with a voice vote that had good and strong bipartisan support.” 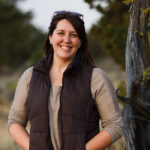 Kimberly Bowker is a freelance writer based in Bend, Oregon. She grew up trail riding through the juniper and sagebrush, and also attending an occasional dressage show. She loves exploring how all of our stories connect in this world.

If you are interested in adopting this horse, please submit an Adoption Inquiry via AAE's website; No texts please: www.allaboutequine[dot]org/how-to-adopt.html.…
01/13/2023
Total views: 93