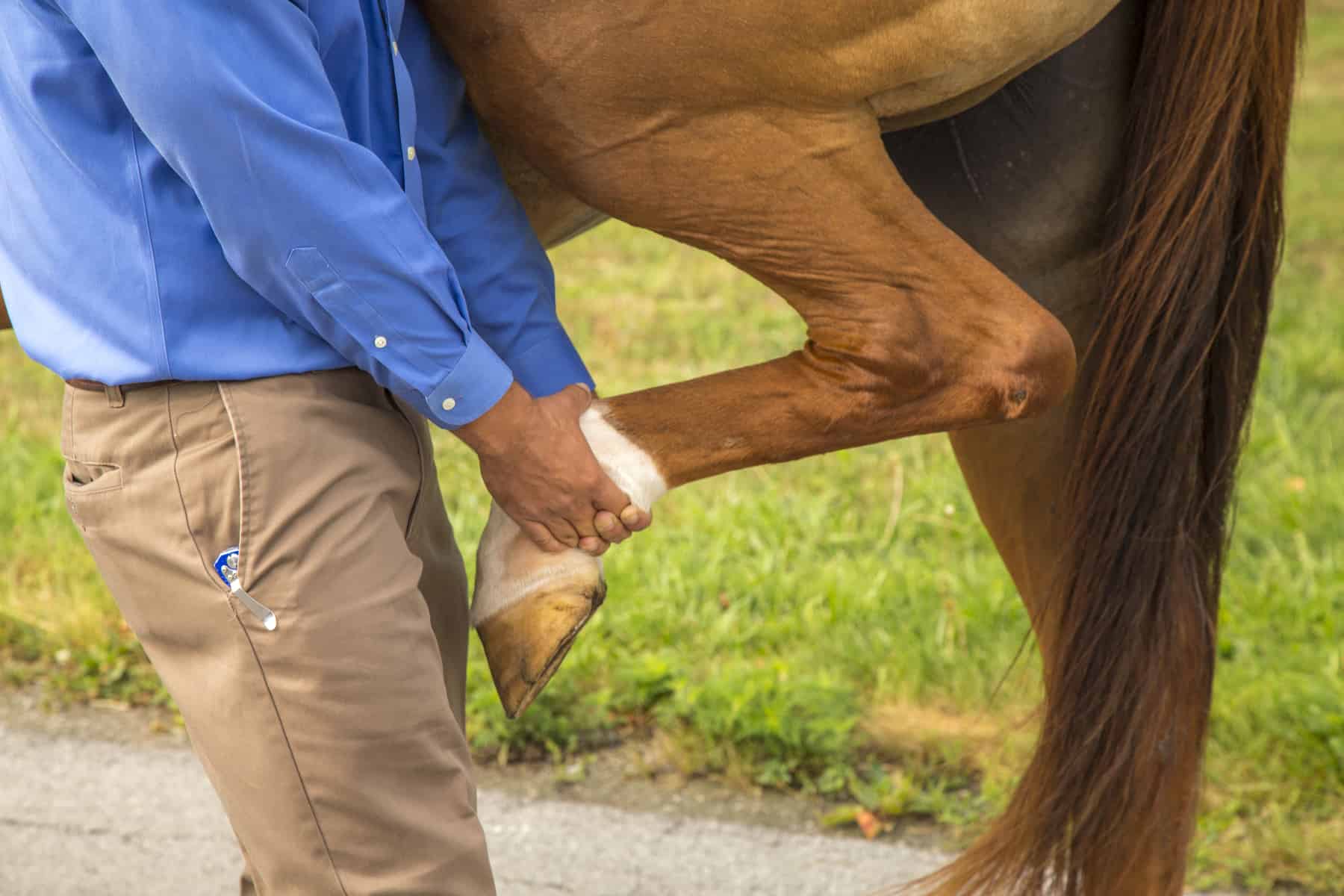 Regenerative therapies such as stem cells and platelet-rich plasma already play an important role in managing osteoarthritis (OA). Nonetheless, veterinarians have found that response to even these therapies is less than ideal in many cases, prompting researchers to continuously seek novel therapies for this all-too-common musculoskeletal disorder. One of the newest to be unveiled is called bone marrow mononuclear cell (BMNC) therapy. One researcher who presented at the 2020 American Association of Equine Practitioners’ Convention, held virtually, reported that the equine industry is in “critical need for therapies that resolve joint inflammation but preserve tissue healing,” and BMNC appears a promising candidate.

“Much more than stem cells classically sought for cartilage healing, bone marrow is rich in macrophage progenitor cells,” explained James B. Everett, DVM, MS, previously of the Virginia-Maryland College of Veterinary Medicine, who now works at the Equine Surgical Center at ThorSport Farm, in Murfreesboro, Tennessee. “Macrophages are a type of white blood cell that play a role in tissue repair and cartilage integrity, and produce the anti-inflammatory mediators, including interleukin-10 (IL-10).”

Everett said macrophages in the synovial (joint) membrane are essential for joint health, clearing aggressors, secreting key molecules required for optimal joint function, and forming a shield that protects tissues undergoing repair, similar to a wound scab. However, when the amount of tissue damage overwhelms these housekeeping functions, macrophages stimulate inflammation as a means of recruiting more cells, especially more macrophages, to cope with increased demands for repair.

“If this response is efficiently accomplished, macrophages then produce, among other things, high concentrations of IL-10 and resolve the inflammatory process, returning the joint to a healthy state,” he said.

Everett emphasized that not all inflammation is bad. This acute inflammation is essential to establish a resolving response, and anti-inflammatory therapies can negatively interfere.

The selected horses were diagnosed with OA in a single joint, and the team injected those joints once with the saline, triamcinolone, or BMNCs. The BMNCs were autologous, meaning veterinarians collected them from each patient’s own bone marrow aspirate. They processed the aspirate in-house, and the isolated mononuclear cells, composed predominantly of macrophages, were ready to inject into the affected joint within three hours of aspiration.

“We found that while objectively assessed lameness (via Lameness Locator) decreased in all three groups, it was only significant in the BMNC-treated horses,” said Everett. “Further, the treatment was well-tolerated with no adverse events appreciated in this study.”

He said that using BMNCs can help reduce the need for chronic use of non-steroidal anti-inflammatory drugs and corticosteroids, which produces potentially harmful consequences. Further, BMNCs preserve the production of molecules such as interleukins and cytokines that are essential for restoring joint homeostasis. Corticosteroids often inhibit these molecules.

The researchers noted that these results support a larger clinical trial using BMNCs in clinical cases of equine OA.