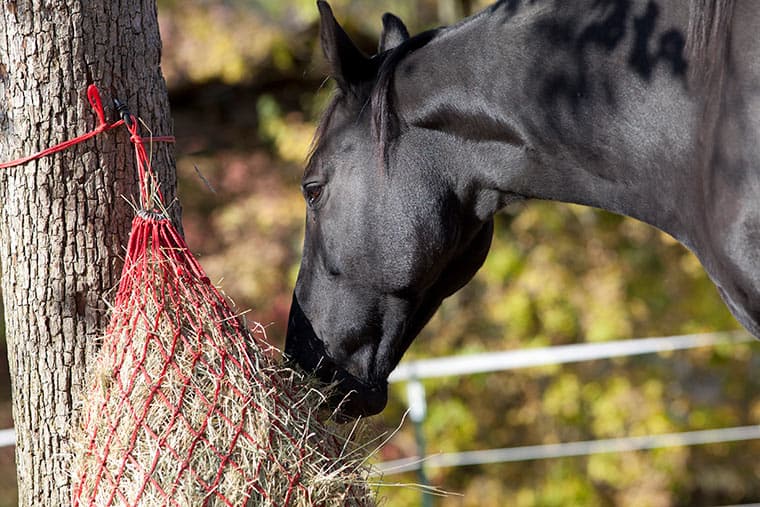 Indeed, Costa and Weese wrote, “It is important to have an understanding of the normal microbiota to enable assessment of abnormal. However, what truly constitutes normal is elusive because there can be marked variation, and a plethora of factors can influence the composition of the microbiota in healthy horses. Normal may vary between regions, ages, management systems, and potentially even breeds; therefore, broad assessment of populations is required to have an understanding of normal.”

While each individual horse has its own unique microbiome, researchers are discovering that horses of the same breeds and/or management systems and herds might share similarities.

What Bacteria Are in the Equine Intestinal Microbiome?

These bacteria appear “particularly important in maintaining gastrointestinal tract health in horses and are likely a major component of the core microbiota,” the researchers wrote.

In a second study published this year, Wen et al. compared the intestinal microbiome of three horse breeds: Thoroughbreds, Mongolians, and a cross between the two. The predominant phyla found in fecal samples collected from those three groups were similar: Firmicutes, Bacteroidetes, Spirochaetes, Proteobacteria, Verrucomicrobia, and Fibrobacteres. These were also similar to the major phyla found in all four populations of horses reported by Ayoub et al.

These phyla were also found in the human intestinal microbiome, with Firmicutes and Bacteroidetes representing about 90% of the gut microbiota (Rinninella et al. 2019).

These results show the equine intestinal microbiota is vast and varied. “The Firmicutes phylum is composed of more than 200 different genera, such as Lactobacillus, Bacillus, Clostridium, Enterococcus, and Ruminicoccus,” said Tania Cubitt, PhD, a nutritionist with Performance Horse Nutrition, based in Weiser, Idaho. “The Clostridium genera represent 95% of the Firmicutes phyla. The Bacteroidetes phylum consists of predominant genera such as Bacteroides and Prevotella, which are probably not as well-known to horse owners as the Firmicutes.”

This information also shows not all Clostridium spp are as pathogenic (disease-causing) as once thought.

What Do These Bacteria Do?

The intestinal microbiome’s main roles include harvesting nutrients and extracting energy from the diet to produce short-chain fatty acids (SCFAs), resisting the colonization of pathogens, and developing the immune system, said Cubitt.

For example, the short-chain fatty acid butyrate “supports the gut barrier, which keeps bacteria and other microbes from entering the blood,” Cubitt said. “In turn, this helps control inflammation and even aids in preventing disease.”

In terms of the microbiota itself, what do some of the above-listed microorganisms do? In their study, Wen et al. provided examples:

In contrast, the Thoroughbreds’ feces were richer in certain families of bacteria than the Mongolian horses. Those bacteria produce SCFAs confirmed to “promote glucose uptake and metabolism in skeletal muscle” and “improve the energy metabolism efficiency of muscle fibers.”

Thus, altering specific bacterial populations not only at the level of the phyla but also the genus and species by changing the composition of the horse’s diet could help optimize their health, well-being, and performance. However, more research needs to be done to identify specific forage, concentrate, and supplement adjustments and how they can benefit the horse most.

Beautiful 2 year old Clara is now available for adoption by an experienced horseman/women who wants to bring up a…
08/12/2022
Total views: 1315