How Do I Get My Horse to Load in a Trailer? 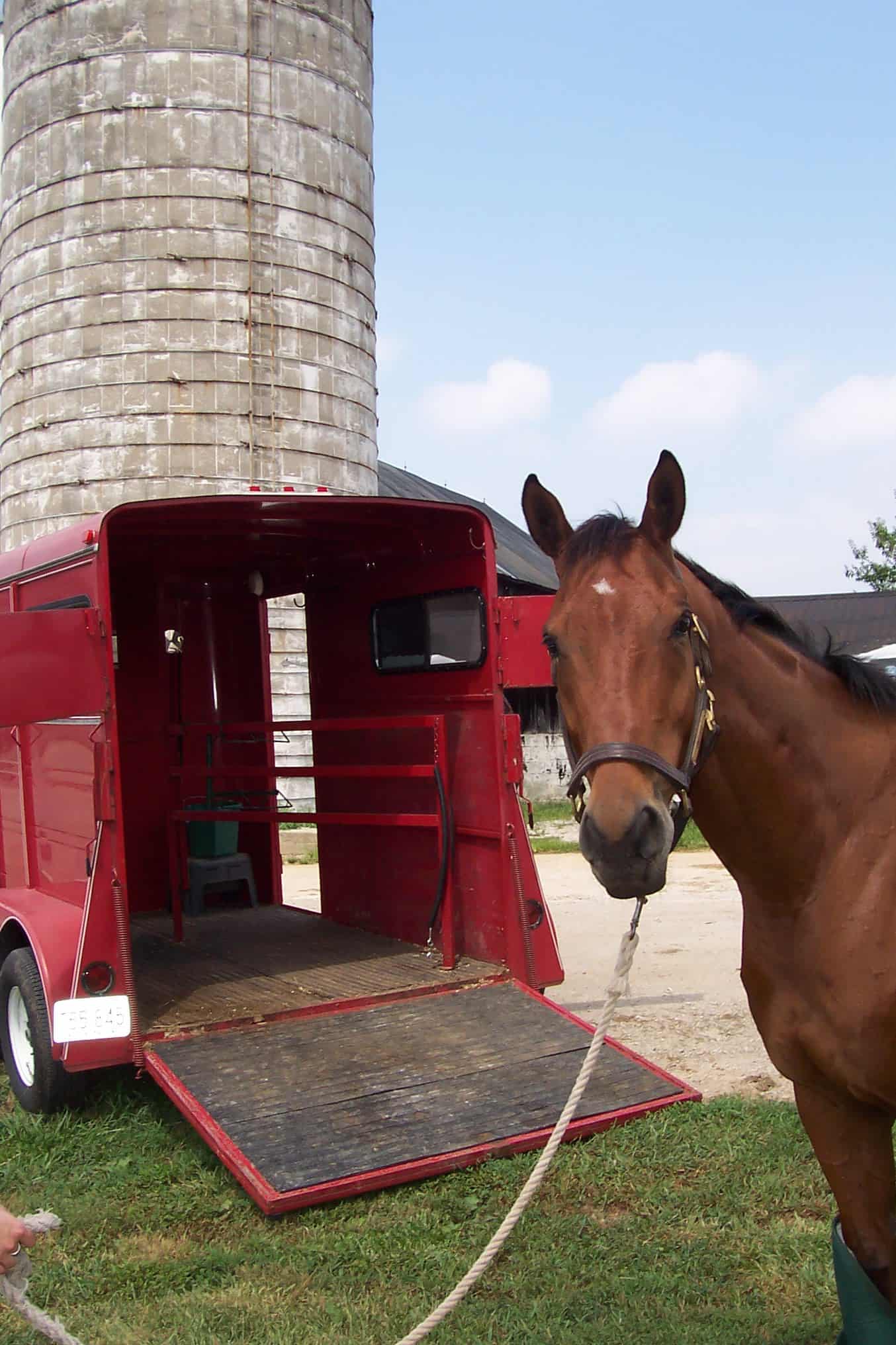 Q: What suggestions do you have for training a horse to load into a trailer? Why do some horses seem so fearful of trailers?

A: I find it almost surprising that horses aren’t more fearful of trailers! If you think about it, trailers are not the kinds of places horses should willingly go. Horses seem to be at least initially cautious about moving into changes in terrain, through gaps, or into different values of light. Trailers are dark, confined spaces, up off the ground, and have a unique kind of bouncy feel underfoot.

Some horses have had prior bad experiences with both loading and travel. So these horses have learned to fear the trailer for good reason and have probably learned avoidance techniques. Thankfully horses are good learners, curious, and reasonably forgiving.

One old recommendation for getting horses used to a trailer is to put it in the horse’s lot and start feeding him closer to and then eventually inside. I think that can work or help. But it’s not always feasible to do.

You could use either of the learning methods I’ve described in detail in past commentaries: positive and negative reinforcement. Using positive reinforcement you reward with a small treat, but this is not what people commonly describe as bribery. It is a systematic approach to rewarding specific desired behaviors. Using negative reinforcement, you can use a longe whip, not to strike the horse but as an extension of your arm. While you hold the lead up at his front end, you would apply light but frequent taps on the horse’s buttocks until he moves. His reinforcement is your stopping the tapping as he makes each successive step toward and into the trailer. Some handlers will tie a bag to the end of the whip and, rather than tapping the horse, shake the bag around to create an annoyance instead.

In either case, the important concept is to reward for each small step the horse makes toward and onto the trailer. Think of it as the goal being not to get on the trailer, but to take a step forward, and another step, and another step—many tiny goals that add up.

After the horse gets on the trailer and is standing briefly in a quiet state, you might want to allow him to get right out and then practice getting in again. This way he gets out before he might become fearful of confinement. With subsequent attempts, he can then learn to stay on for longer amounts of time. Those who use positive reinforcement might offer a treat “bonanza” (lots of treats at once) when he gets in and is standing quietly.

Preparation for your loading practice is important to reduce distractions and make the trailer as appealing as possible. The best option, I think, for your first lessons is a big open stock trailer—they tend to be brighter and roomier than some other types. Keep the trailer’s doors and windows open to get as much light in as possible. All livestock, by nature, avoid or hesitate moving into a dark area, so resistance to going into a dark trailer is quite reasonable.

The clanging and banging in a trailer can also rattle a horse, so finding ways to reduce noise might help.

Also, try to avoid having bright beams of light shining in or reflecting off metal surfaces. Try to be in a location where the horse feels secure but without a lot of distractions, such as people, dogs, or anxious horses. Be sure the footing is dry and secure, as well.

When it comes to the age old question of ramps vs. step up, I don’t really think it matters. With ramps tend to cause more noise and insecurity underfoot and horses can slip off the side, all potentially scary things. With step ups, the horse has to make that big step, which can be a stalling point. But I’ve seen young and old horses learn both equally well.

Of course, the most important thing is to practice before you need to go anywhere. Even if you don’t plan to travel with your horse, you never know when you might have to someday. And urgency is the enemy of patience. Systematic, patient training to load on a trailer does not take that long and can be a fun exercise when it’s planned and you’re not under time pressure. We have an "AMAZING Lineup" of exciting and available Thoroughbreds for you to meet. They have been rehabilitated, retrained and…
08/06/2019
Total views: 28606