Research indicates that one-sided imprint training is not might not be as beneficial as once thought. The team found that the foals that were not imprinted at birth were the easiest to handle from either side.
Photo Credit: Christa Lesté-Lasserre
ADVERTISEMENT

Foal imprinting, or human handling of foals immediately after birth, is a contested topic amongst breeders, and French researchers are now looking at yet another "side" to this early training procedure’s effects.

According to Alice de Boyer des Roches, a PhD candidate at the French National Institute for Agricultural Research and the VetAgro Sup veterinary school, and colleagues (behavior scientists in the animal and human ethology department of the University of Rennes), newborn foals receiving intensive tactile stimulation (the "Miller Method," (in which handling of a foal should begin immediately at birth and be repeated or expanded upon over days or weeks) on their right side only often turn out to be even more wary of humans than those imprinted on the left side only. And as displayed by a previous study by a Rennes research team, the foals that weren’t handled at birth appear most at ease with humans.

"What we’re seeing here is an additive effect of manipulation and the side of manipulation," said de Boyer des Roches, primary author of the study that revealed these results. "And that manipulation is being perceived more negatively when it’s happening on the right." 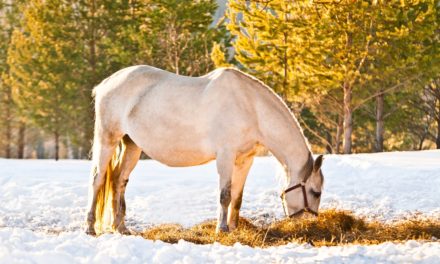 How to Be a Vigilant Broodmare Owner