Before WNV reached North American shores, there were two other forms of viral encephalitis for horse owners to worry about. Eastern, Western and Venezuelan equine encephalitis are killers, but vaccination can help stave off these neurologic diseases. 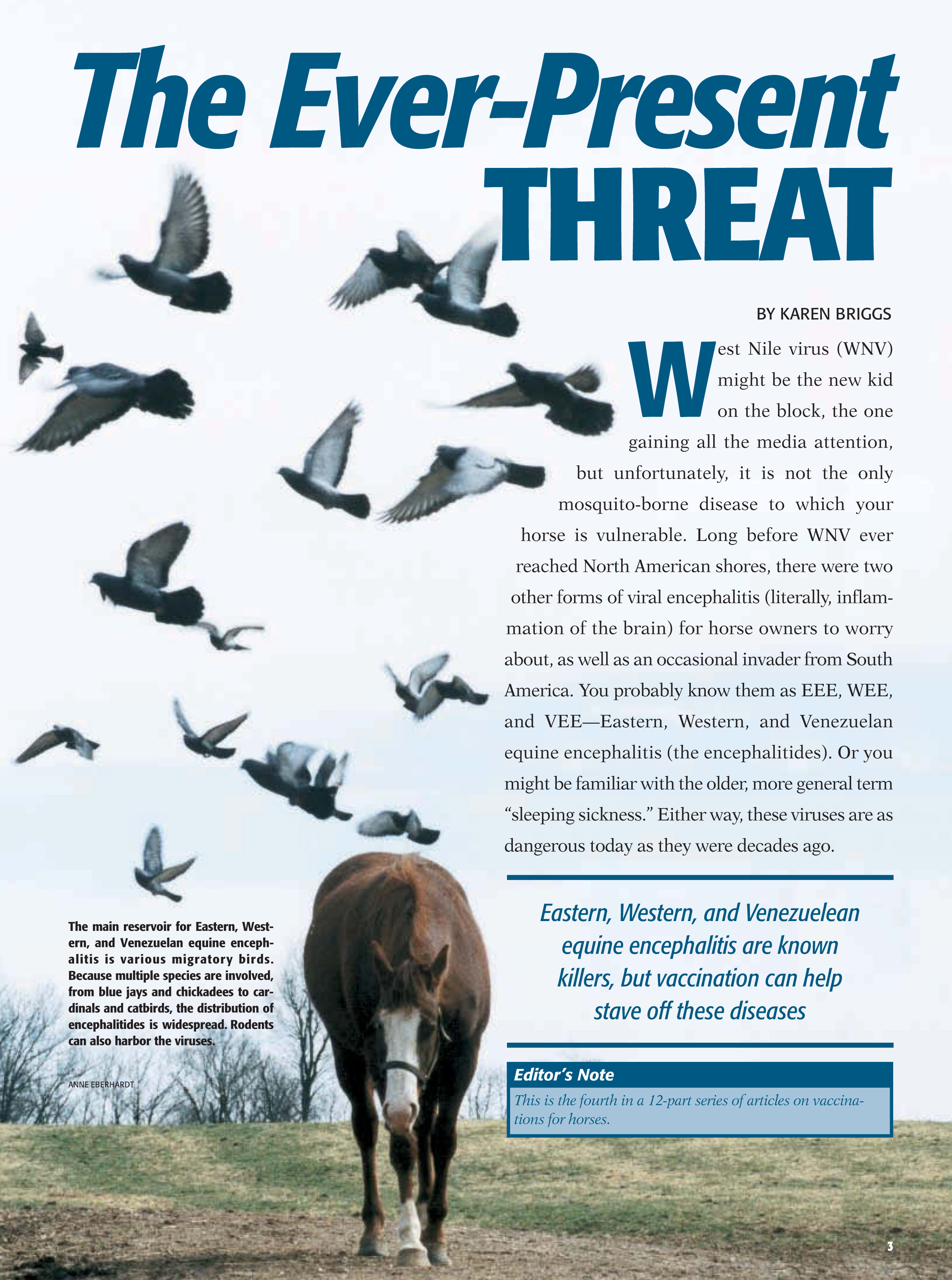 Long before West Nile Virus reached North American shores, there were two other forms of viral encephalitis (literally, inflammation of the brain) for horse owners to worry about, as well as an occasional invader from South America.

Horses are also vulnerable to mosquito-borne diseases, and these viruses are as dangerous today as they were decades ago. Because multiple species are involved, the distribution of encephalitides is widespread.

Eastern, Western and Venezuelan equine encephalitis are known killers, but vaccination can help stave off these neurologic diseases. This free report provides the horse owner and caretaker with an overview of the three types of encephalitis and how to protect horses against them. Ask your veterinarian about vaccination at least a month before bug season.

We have an "AMAZING Lineup" of exciting and available Thoroughbreds for you to meet. They have been rehabilitated, retrained and…
08/06/2019
Total views: 29724