While deworming regimens vary by region, there are some guidelines for owners to follow as they work with their veterinarians on a proper deworming schedule.

Deworming treatments are often a regular component of horse health maintenance, but some horse owners might not know the best schedule for their horse. While deworming regimens vary by region, there are some guidelines for owners to follow as they work with their veterinarians on a proper deworming schedule.

Thomas Craig, DVM, MS, PhD, professor at Texas A&M University College of Veterinary Medicine & Biomedical Sciences (CVM), who specializes in epidemiology and the control of internal parasites in equines and grazing animals, offered some insight into deworming. Craig explained that in a given population of horses, about 20% will have 80% of the total internal parasites of the herd.

Another basic guideline is that deworming should be based on the age of the horse. There is a drastic difference in the deworming needs of a foal (less than a year old) and an adult horse.

Craig suggested deworming foals for the first time at two months of age. Parascaris equorum are of particular concern at this age.

As the foal matures, it is recommended that the same treatment be used at four and six months of age. When the foal reaches a year old, Craig suggested using an ivermectin or moxidectin treatment for deworming.

When worming adult horses (older than one year), the approach changes considerably. The most dangerous parasitic threat to horses are small strongyles, which a 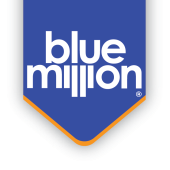 Beautiful and very sound mare with trail, dressage and jumping experience. Looking for a home because she doesn’t like the…
01/09/2023
Total views: 724