Study: Many Owners Don’t Realize Their Horses are Fat

Researchers found a significant difference in how they body condition scored horses compared to the animals’ owners, who tended to underestimate body condition. 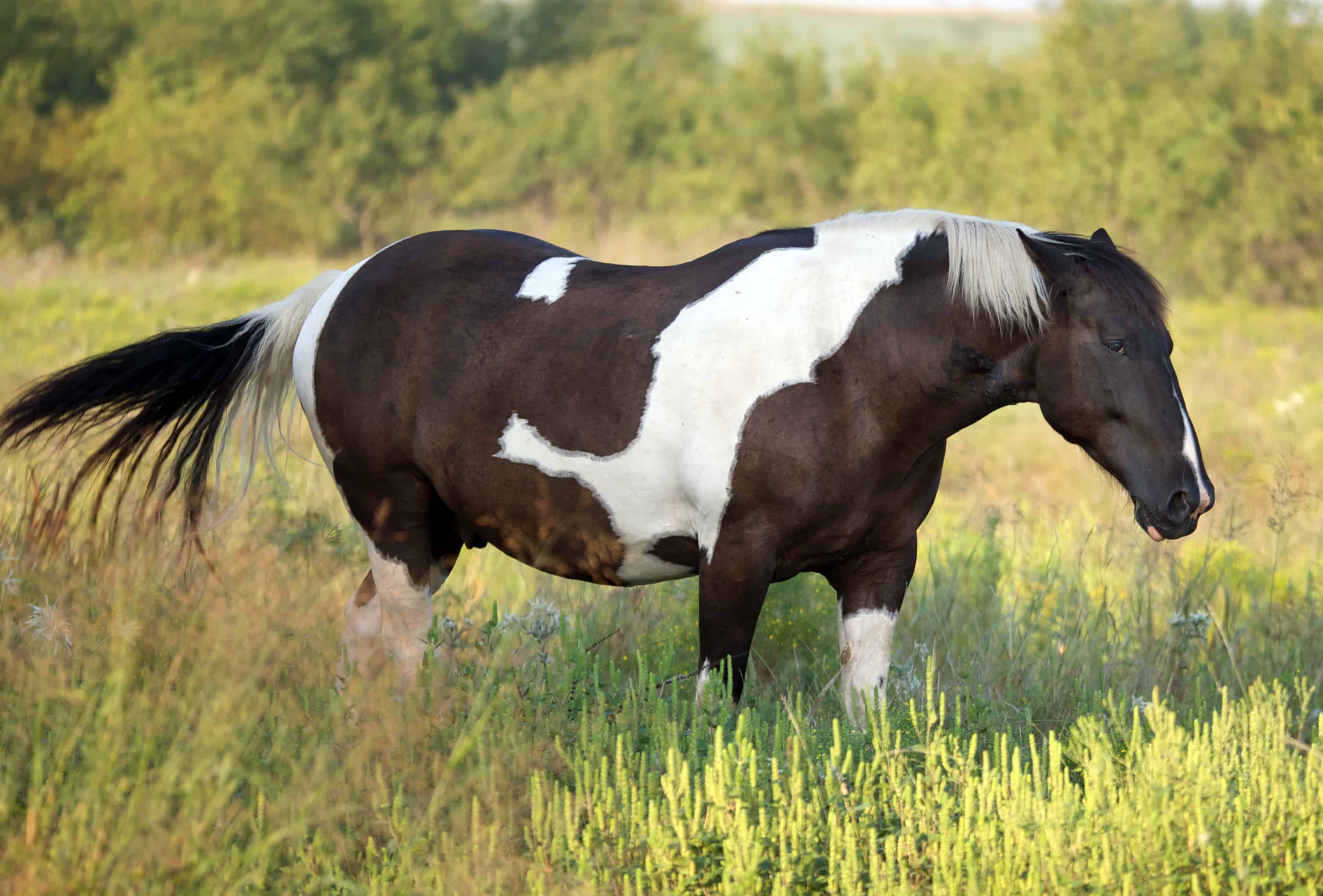 You love your horse just the way he is, despite his imperfections. When it comes to his body condition, though, try to see him through clear, objective eyes. And if possible, check his weight through measurable ways, Swiss researchers say.

“Owners in our study tended to not see the obesity in their horses, although it was obvious to us as objective scientific observers,” said Marie Pfammatter, BSc in agronomics with a specialty in equine sciences, from the Bern University of Applied Sciences School of Agricultural, Forest, and Food Sciences, in Switzerland.

Pfammatter and colleagues visited 51 leisure horses and their owners at their home facilities and asked the owners about their horses’ body condition. They asked them to rate their horses on a scale of one to six, with six being obese. They chose not to use established body condition score indexes so as not to influence the owners’ responses.

Meanwhile, the researchers scored the horses themselves using the same scale. Afterward, Pfammatter compared the scoring between owners and researchers. She discussed the results of this study at the 2017 Swiss Equine Research Day in Avenches.

She found a notable discrepancy between the owners and researchers’ scores, Pfammatter said. In fact, they observed that 27.5% of the horses in the study were significantly overweight or obese, having a score of at least five on the six-point scale. However, none of the owners scored their horses higher than a five.

“The owners in this study tended to underestimate the body condition of their horses,” she said.

As a side note, however, she did note a major difference in obesity levels between the Franches-Montagnes horses and the Swiss sport breed. Nearly 50% of the fullbloods were overweight or obese, compared to only 8% of the Swiss “Demi-Sang,” the study showed.

“The Franches-Montagnes horse is a rustic breed, an easy keeper that’s genetically better capable of taking nutritional advantage from forage than the Demi-Sang breed,” she said. “So this difference was not surprising.”

Fighting against equine obesity is a collaborative effort, Pfammatter said. “It’s important to balance a horse’s rations to his needs and make sure he has an activity level that’s both regular and adapted to his individual capabilities and requirements,” she said.

“But it’s also critical that we get the message out there to owners to make them more aware of the obesity problem in horses and help them recognize signs of it, using measurable methods if possible,” she said. “And they need guidance and sound advice for managing their horses’ individual needs.”

IF YOU ARE INTERESTED IN ADOPTING THIS HORSE, PLEASE SUBMIT AN “ADOPTION INQUIRY” VIA OUR WEBSITE: ALLABOUTEQUINE dot ORG. NO…
06/30/2021
Total views: 792