A sports medicine specialist looks at what could cause a western dressage horse to travel haunches-in during the right-lead canter. 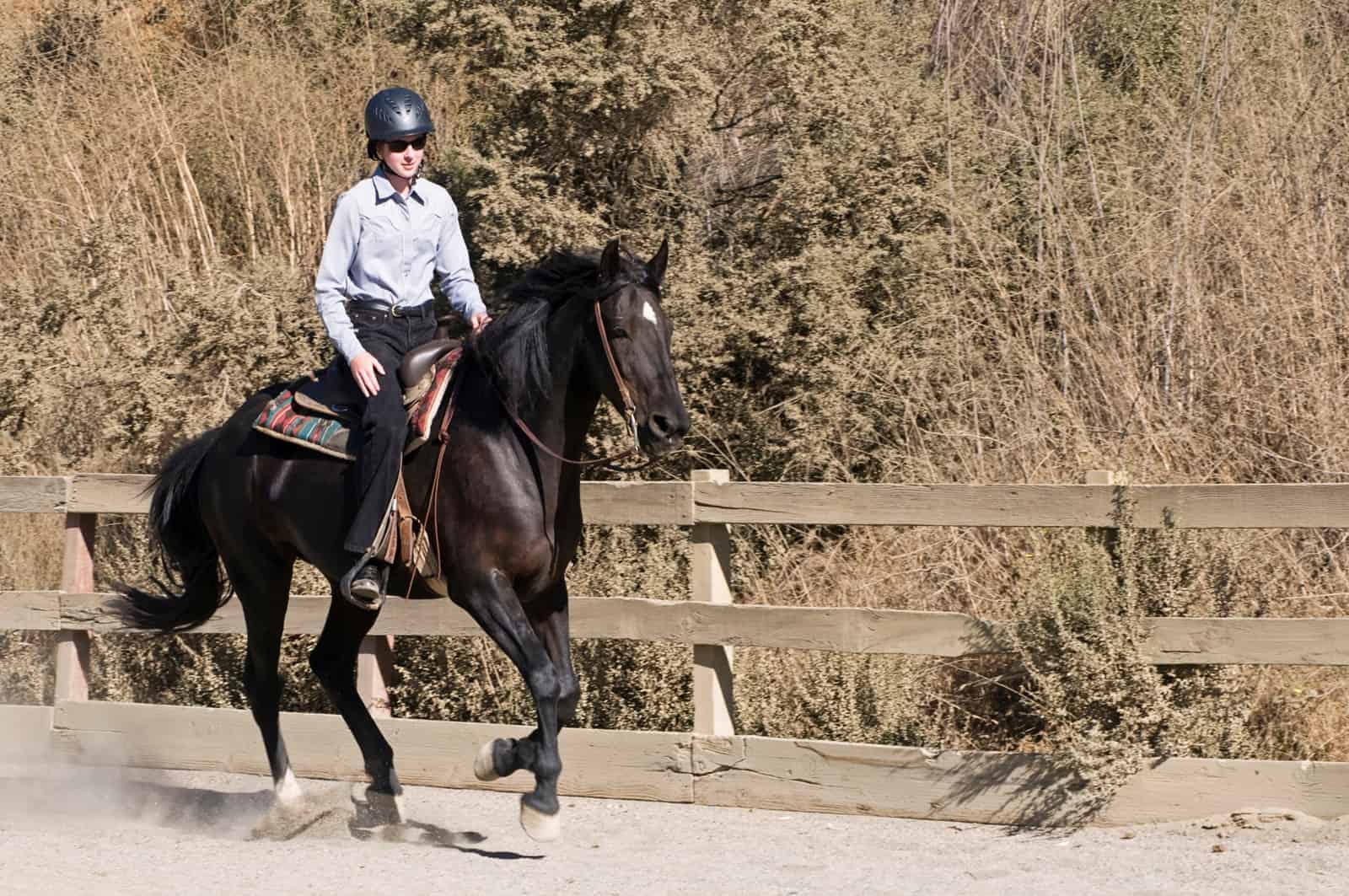 Q.I have a 16-year-old Quarter Horse I use for western dressage. When we lope on the right lead (clockwise), he tends to “crab-canter,” meaning he travels crooked with his haunches in. My trainer is constantly asking me to straighten him. How can I tell whether this is a training and strength issue or a hindlimb lameness?

Great question. Just as most humans have a dominant hand, many horses are sided and have one hindquarter that is weaker than the other. And, of course, if the issue is simply that the horse is weaker on one side, this can be improved with conditioning and targeted physical therapy exercises. However, when there is notable asymmetry or differences in how a horse travels one direction compared to the other, often more is at play, and you and your veterinarian should consider lameness.

This brings us to the heart of your question, which is how to differentiate between weakness and lameness. The first step is to have your veterinarian perform a thorough musculoskeletal and lameness examination on your horse. In many cases your veterinarian might be able to detect a lameness that’s not obvious to the untrained eye.

If your veterinarian doesn’t detect a lameness, he or she might recommend an anti-inflammatory medication trial, in which your vet prescribes a non-steroidal medication for five to 10 day while your horse continues in his normal exercise routine. If the crab-canter noticeably improves while the horse is on anti-inflammatories, that indicates the underlying problem is pain- or lameness-related. If the veterinary examination does not reveal any lameness, and the horse doesn’t improve on anti-inflammatory medications, then you might back yourself into the conclusion that you’re dealing with a training and conditioning issue.

The bottom line is that while either lameness or weakness could be causing the crab-canter,” lameness is a little more likely. So, I’d recommend ruling out lameness and/or musculoskeletal pain before concluding it’s a training problem. This serves two purposes: One is that it gives the horse the benefit of the doubt that there is a physical cause of the issue, and second, if is the horse has a lameness issue, knowing that allows you to address it sooner rather than later. Erin Contino, DVM, Dipl. ACVSMR, is an assistant professor in equine sports medicine at the Colorado State University (CSU) College of Veterinary Medicine and Biomedical Science’s Equine Orthopaedic Research Center. Contino graduated with a veterinary degree from CSU in 2010 and completed a one-year internship at Pioneer Equine Hospital in California. She then returned to CSU for a three-year Sports Medicine and Rehabilitation Residency and became a Diplomate of the American College of Veterinary Sports Medicine and Rehabilitation in 2014. Before and during her time as a veterinary student, she also completed a master’s degree in equine radiology. Her research interests include equine musculoskeletal imaging, diagnostic analgesia, lameness, and performance issues in equine athletes. In her free time, she’s a passionate three-day event rider.

IF YOU ARE INTERESTED IN ADOPTING THIS HORSE, PLEASE SUBMIT AN “ADOPTION INQUIRY” VIA OUR WEBSITE: ALLABOUTEQUINE dot ORG. NO…
06/30/2021
Total views: 2023