Equine metabolic syndrome (EMS), Cushing’s disease, insulin resistance (IR), glucose intolerance, and glycemic indices of feeds have gotten a lot of press lately. The terms are taken from the human literature, where they have very specific

Equine metabolic syndrome (EMS), Cushing’s disease, insulin resistance (IR), glucose intolerance, and glycemic indices of feeds have gotten a lot of press lately. The terms are taken from the human literature, where they have very specific connotations with regard to the clinical entities they denote. In human medicine:

Metabolic syndrome is characterized by increased glucose and insulin response to standardized glucose tolerance tests plus hypertension (high arterial blood pressure), which has not been documented in EMS horses.

Cushing’s disease is classically due to hypersecretion of adrenocorticotrophic hormone (ACTH) from pituitary tumors, which causes overly high cortisol release from the adrenal gland. The high cortisol is considered to be the primary cause of the clinical signs of hyperglycemia, polydipsia (excess thirst), polyphagia (excess eating), polyuria (excess urination), hair coat changes, etc., in other species. In horses, the syndrome is often associated only with IR in the early stages and has been attributed to pituitary dysfunction instead of actual tumor activity.

Insulin resistance, a reduced sensitivity of the body’s cells to insulin’s facilitation of glucose uptake, is ideally documented by hyperglycemic or euglycemic (normal) insulin “clamp” techniques, where both insulin and glucose are infused intravenously and, via complex mathematical models, the amount of insulin required to reduce or maintain blood glucose is calculated. These are direct measures of the cellular sensitivity and are considered to be the “gold standards” for diagnost 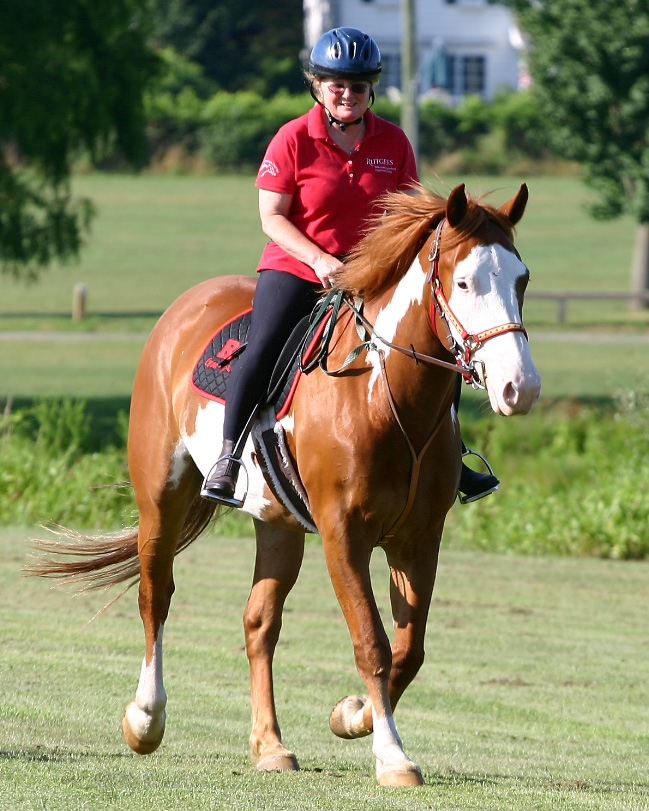 Sarah L. Ralston, VMD, PhD, Dipl. ACVN, is a professor in the Department of Animal Sciences at Rutgers' School of Environmental and Biological Sciences, specializing in equine nutrition. Her research has focused on the effects of diet on metabolism, behavior, and the development of orthopedic disease in young horses, and she has additional interests in nutritional modulation of stress, metabonomics (the study of metabolic responses to drugs, environmental changes, and diseases), and pasture management. Previous research highlights were the pioneering work she did in nutrition for geriatric horses and post-surgical colics while at Colorado State University in the 1980s and the discovery of the correlation of hyperinsulinemia with development of osteochondrosis in young Standardbreds.