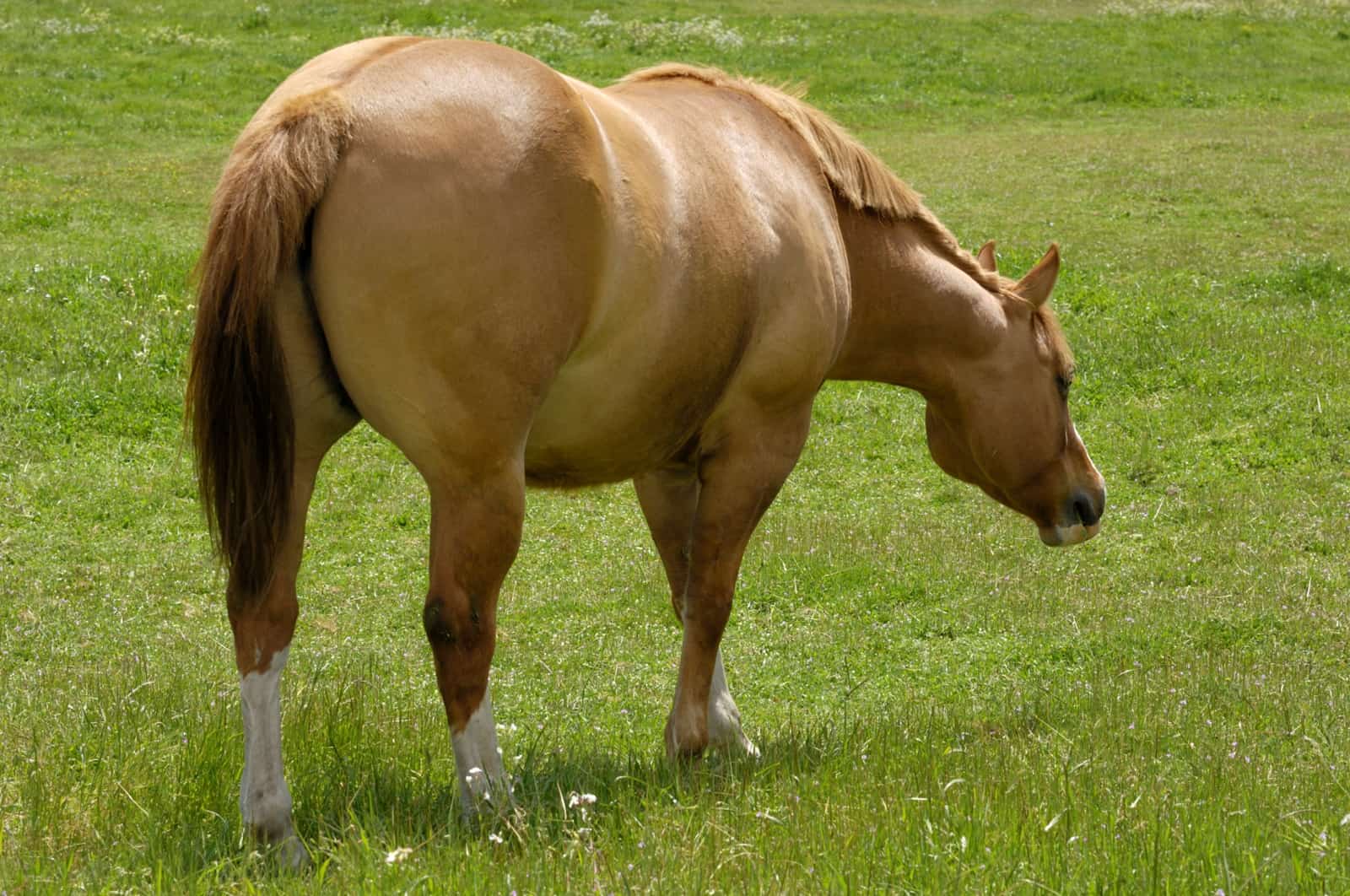 With the increasing number of horses suffering from insulin dysregulation (abnormal blood insulin levels) and its associated health consequences (obesity, laminitis), interest has grown in categorizing feed ingredients by their impact on blood glucose and insulin response. High-starch feeds such as oats and corn, for example, are generally accepted as causing high blood glucose and insulin. And evidence suggests feed ingredients such as aloe vera and grapeseed extract might be insulin modulators. If these ingredients can modulate insulin response, they might be useful tools for managing horses with insulin dysregulation.

In their study, the research team fed 10 mature horses forage-based diets of pasture grass and hay. Once a week, they stalled the horses to conduct glycemic response tests, which involved feeding a range of feeds at a rate of 1.5 grams/kilogram of body weight on an as-fed basis, then assessing glycemic response. The feeds ranged from those known to have a low glycemic response (dehydrated alfalfa meal and beet pulp) to those much higher in starch and expected to raise blood glucose and insulin significantly (oats and steam-flaked corn). The team also fed steam-flaked corn with a supposed insulin modulator: a combination of aloe vera and grapeseed extract. This modulator was an oral slurry containing 300 mg/kg of aloe vera and 5 mg/kg body weight of grapeseed extract. All horses received all treatments over the course of the study.

The evenings before testing days, the researchers removed the horses’ hay to initiate a 12-hour fast. At time zero, they took blood samples and gave horses 30 minutes to consume their treatment. They took follow-up blood samples 30, 60, 90, 120, 150, and 180 minutes post-feeding.

As expected, the dehydrated alfalfa meal and beet pulp resulted in significantly lower peak glucose and insulin concentrations than the starch treatments. The aloe vera and grapeseed extract did not modulate the horses’ peak glucose or insulin response to the corn treatment. They also did not impact the time it took to reach these peak responses.

The results of this study differ from previous studies, where adding short-chain fructooligosaccharides (scFOS) to obese insulin-resistant horses’ diets reduced glycemic and insulinemic response. In the current study, the researchers did not use an isolated source of scFOS or test the aloe vera and grapeseed extract in obese and insulin-resistant horses. Because aloe vera and grapeseed extract did not modulate the effect of feeding healthy mature horses high-starch ingredients in this study, the researchers said they cannot justify their addition to the diets of healthy noninsulin-dysregulated horses. Further research would be needed to test their impact on obese insulin-resistant horses.

If you are interested in adopting this horse, please submit an ‘Adoption Inquiry’ via our website: Allaboutequine dot org. No…
07/01/2021
Total views: 3104