Why Do Some Horses Develop Respiratory EHV-1 and Others EHM? 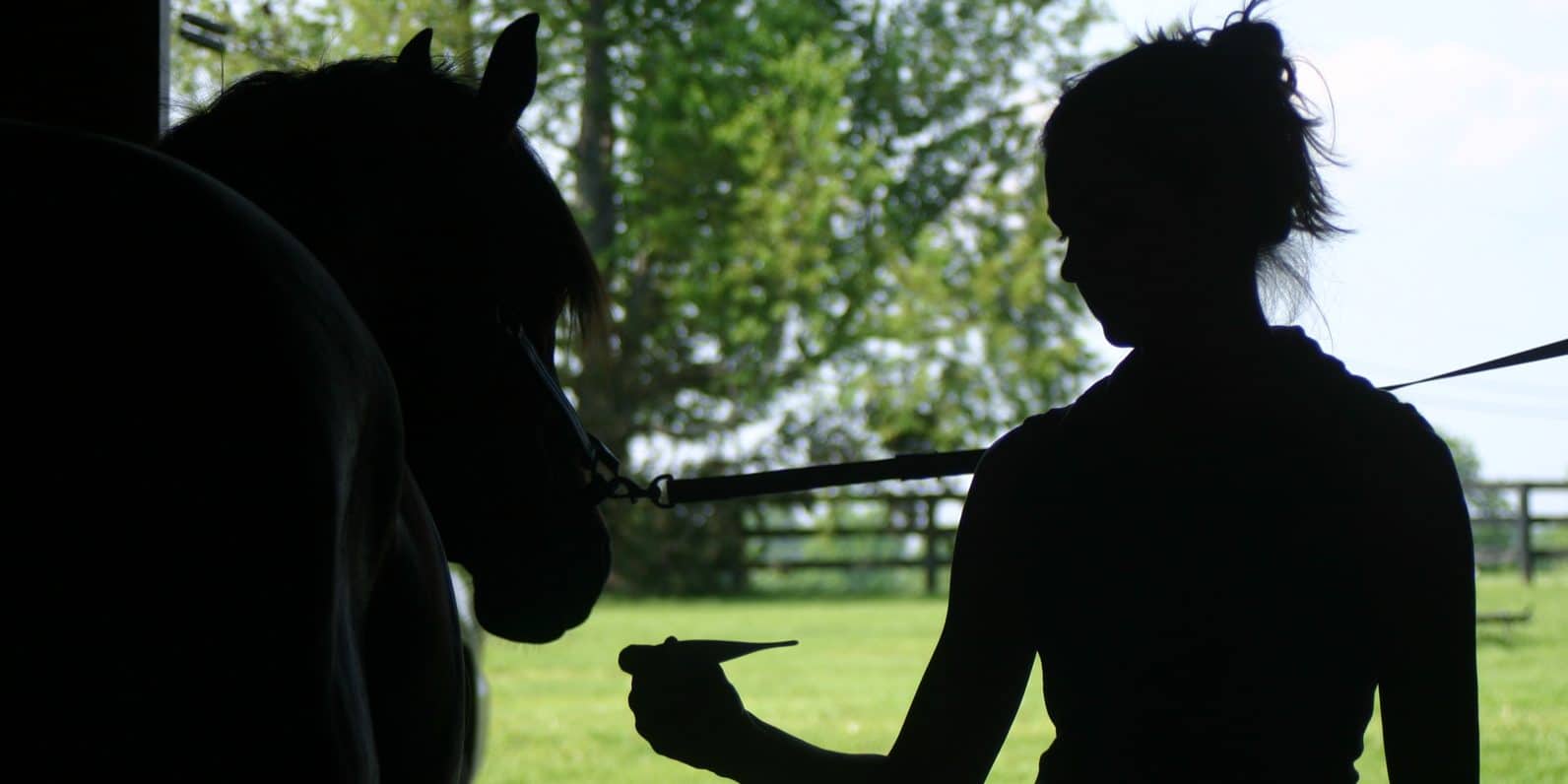 Researchers are recognizing that these groups have distinctly different immune reaction paths over the days and weeks following EHV-1 exposure, which might be associated with the types of clinical signs those horses show, said Gisela Hussey, DVM, MS, PhD, associate professor of pathobiology and diagnostic investigation at the university’s College of Veterinary Medicine, in East Lansing, during the 2021 American Association of Equine Practitioners’ convention, held in Nashville, Tennessee.

Most of its clinical signs are respiratory, but EHV-1 can also cause abortion and neonatal death. About 10% of infected horses contract the neurologic form, but scientists are still unsure why, given the same viral strain can affect horses differently.

Outbreaks of this virus are common, and when they occur at events—like in Ogden, Utah, in 2011, or in Valencia, Spain, in 2021—they can lead to major outbreaks spreading across multiple geographic regions, causing “significant suffering, but also a really high economic impact,” Hussey said. “It’s a pretty big deal when it happens.”

They also know EHV-1 initially infects the respiratory tract, Hussey said. It gets replicated in the epithelial cells, where passing lymphocytes pick up the virus and transport it into nearby lymphoid tissues. There, the virus replicates within the cells, and true viremia begins—meaning the virus gets transported through the bloodstream.

“This is really central in the pathogenesis of this disease, because it is the way the virus gets from the respiratory tract to the secondary sites of infection, such as the pregnant uterus or the spinal cord, where vascular endothelia are then infected, and you get leukocyte infiltration, thrombosis, and tissue destruction,” Hussey said. “That’s really what leads to the secondary disease manifestations,” and differentiates the respiratory cases from the abortion and especially EHM cases.

A series of studies—including her own group’s work, which is still in its final stages pre-publication—have shown major differences in immune response before and after the viremia phase in horses with and without neurologic signs, she said. Her team exposed nine young horses (about age 2) and 10 older horses (over age 17) to the D752 variant of EHV-1, which is known to be the one most frequently associated with EHM.

Blood samples also told an interesting story about the immune response in these different groups, said Hussey. Horses that developed respiratory disease but no EHM had what scientists call a classic T-Helper-1 (TH1) immune response—indicated by strong and early interferon responses and antibody isotype responses associated with cellular immunity. In contrast, those developing neurologic disease had a classic T-Helper-2 (TH2) immune response characterized by IL-10 and TGF-β and TH2-associated antibody isotypes.

Researchers have yet to determine whether that difference is related to vaccines, greater lifetime exposure to the virus, or horse-specific differences and aging, she said.

The findings also point to the need for a more accurate model for studying the effects of vaccines in older horses—which, again, are the more likely victims of EHM—by recruiting older study horses as opposed to the younger and “EHV-1-naive” horses currently used in most EHV-1 vaccine studies, said Hussey.

On a practical level the combined studies could reveal a way to manipulate how EHV-1 runs through a horse’s body, so scientists can aim to redirect the virus’ effect on certain systems.

“We know that what happens early at the respiratory tract shapes what happens later on and what type of adaptive immunity we see.