Horses with Cushing’s disease need regular assessments to determine their response to pergolide and adjust dosing as needed. 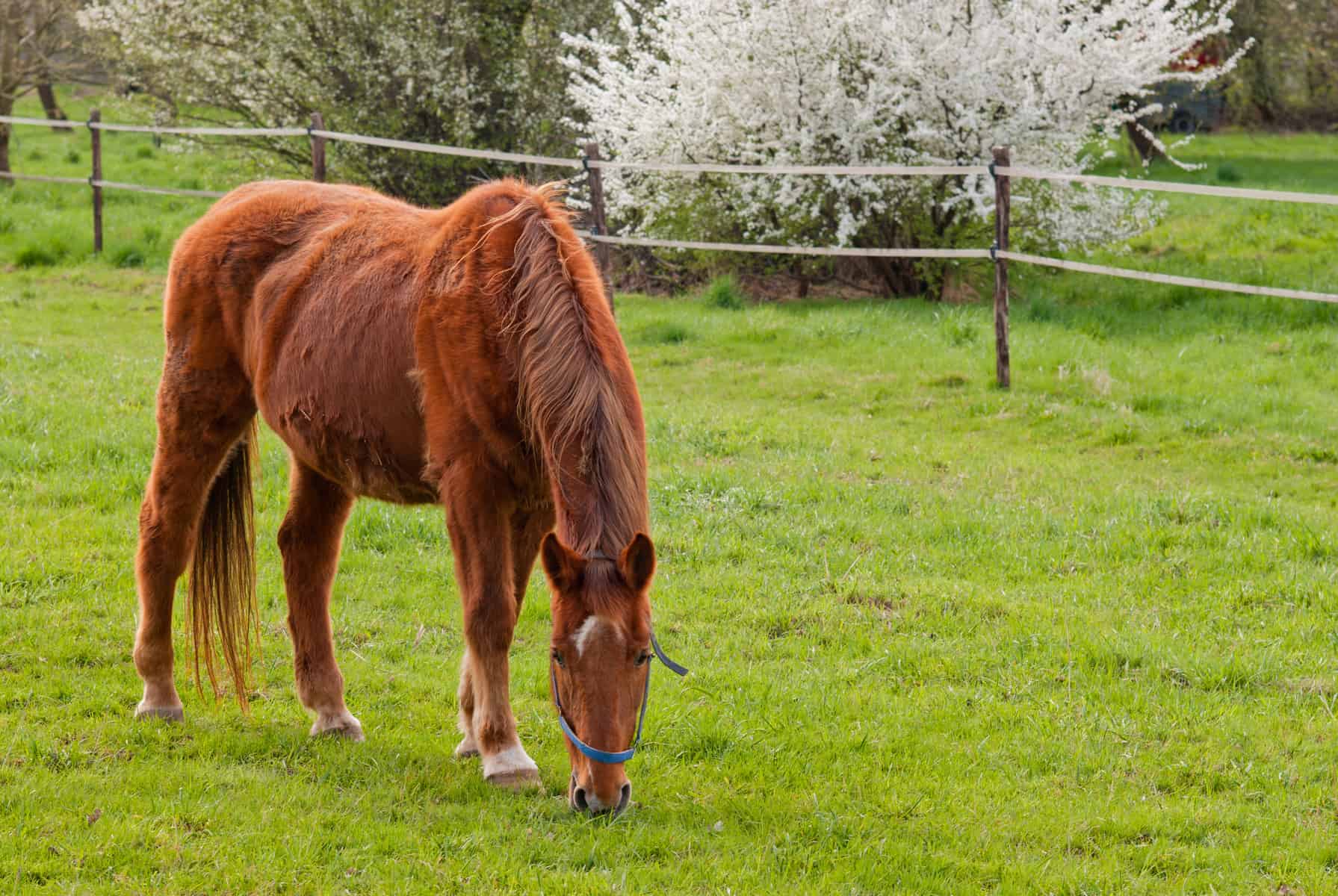 Veterinarians are diagnosing pituitary pars intermedia dysfunction (PPID, also known as equine Cushing’s disease) in horses with increasing frequency. This is because we’re recognizing the clinical signs associated with PPID, such as delayed shedding and chronic laminitis, more frequently and the older horse population is a growing demographic. Additionally, testing for PPID frequently goes hand in hand with testing for insulin dysregulation, revealing cases that might not otherwise be obvious.

The two most common tests veterinarians use to diagnose PPID are the resting adrenocorticotropic hormone (ACTH) level test and the thyrotropin-releasing hormone (TRH) stimulation test. The results of these tests, together with clinical signs of disease, help veterinarians diagnose PPID so treatment with pergolide can be initiated when indicated.

“For the ACTH test, hormone levels are measured in a sample of blood,” said Jo Ireland, BVMS, PhD, Cert AVP(EM), FHEA, FRCVS, a lecturer in equine practice at the University of Liverpool’s School of Veterinary Science, in Cheshire, U.K. “A large number of factors affect ACTH concentration, including breed, stress, other illnesses, and pain, which veterinarians will consider when interpreting the results. The lab will provide the most appropriate reference intervals based on the time of year.”

When performing the TRH test, veterinarians collect a blood sample immediately prior to injecting 1 milligram of synthetic TRH directly into the horse’s jugular vein. Ten minutes later, they take a second blood sample. If ACTH levels increase excessively after TRH administration, the horse might have PPID.

Pergolide is the only FDA-approved treatment for PPID. This medication isn’t intended to cure PPID but, rather, to help control the clinical signs. Most notably, owners report hair coat abnormalities and lethargy/poor performance improve with treatment.

Approved pergolide doses are 2 micrograms (mg)/kilogram by mouth once daily, which for an average 1,100-pound (500-kilogram) horse is one 1-milligram tablet once daily. Dosage can be adjusted to effect, not to exceed 4-5 mg/kilograms daily.

Follow-Up and Monitoring After Diagnosis

Many stories about PPID end here, after the veterinarian makes a diagnosis and prescribes pergolide. But horses need regular assessments to determine their response to treatment.

In a systematic review of 28 research studies, researchers found good response rates to pergolide. When evaluating clinical improvement (i.e., resolution of, or improvement in, clinical signs), more than 75% of horses improved with treatment (Tatum et al., 2020).

Based on what scientists know about the pharmacokinetics/dynamics of pergolide and the average time to see a clinical improvement, Ireland recommends follow-up testing as early as one month after starting pergolide. Others recommend retesting within the first one to three months after beginning treatment.

Evaluating the response to pergolide treatment ideally involves both clinical assessment and repeated lab tests, neither of which is perfect. Overall improvement in clinical signs and ACTH levels do not always correspond in individual cases.

“Assessing clinical signs is subjective and can be challenging, often requiring long-term follow-up to detect changes in signs such as delayed shedding that may only be present at certain times of year,” she explained.

For laboratory testing, either the ACTH or TRH test can be used.

“Results of several different studies using resting ACTH levels at a follow-up test showed 44-74% of horses had decreased ACTH concentrations after pergolide treatment, and 28-74% of horses had ACTH values that decreased sufficiently to be within reference intervals,” said Ireland. “When using the TRH test for assessing response to therapy, a newly published study (Durham, 2022) showed that if a horse was initially positive using the TRH stimulation test, then that test remained positive in 42% of cases. But the values improved numerically post-treatment in 75% of these horses.”

Ireland said the current recommendation is to use baseline ACTH for monitoring response to treatment (Equine Endocrinology Group, 2021).

“If both clinical signs and ACTH levels have improved at the initial one- to three-month recheck, follow-up examinations are recommended every six to 12 months,” she said. “More frequent checks (every one to three months) are recommended where clinical signs and/or hormone levels either do not improve initially or worsen over time, and where adjustments to the dose of pergolide have been made.”

In summary, the aim of pergolide is to reduce clinical signs of PPID, with a goal of improving affected horses’ quality of life.

“Most owners report that treatment with pergolide improves their horse’s quality of life, making it another valuable measure of treatment effectiveness,” said Ireland.