Many readers said that poor hoof conformation was a concern to them in addition to limb conformation defects.
Photo Credit: Photos.com
ADVERTISEMENT

In last week’s online poll, TheHorse.com asked which forelimb conformation defect worries you the most. More than 760 readers responded, and we’ve tallied the results. 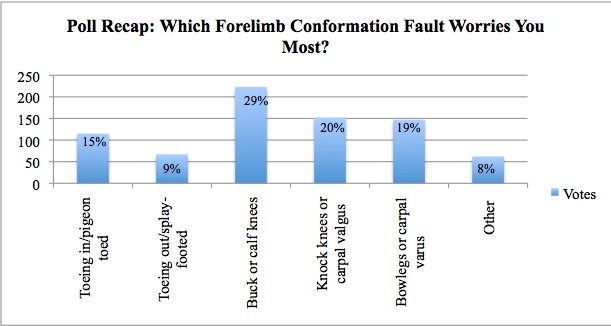 Some readers indicated that the most worrisome conformation deficit depended on the individual horse in question:


Others indicated that they would worry more than one of the conformation defects listed: