Gastric ulcer disease is a serious health problem in horses resulting in colic, poor performance, and pain. The term equine gastric ulcer syndrome (EGUS) describes erosions and ulcerations occurring in the lower portion of the esophagus,

Gastric ulcer disease is a serious health problem in horses resulting in colic, poor performance, and pain. The term equine gastric ulcer syndrome (EGUS) describes erosions and ulcerations occurring in the lower portion of the esophagus, non-glandular and glandular stomach, and proximal duodenum (beginning of the small intestine) of horses.


EGUS is caused by many factors, including stomach anatomy, exercise, restricted feed intake, diet, environmental stressors (such as transport), and the use of non-steroidal anti-inflammatory agents (NSAIDs). Treatment is expensive, and current medications must be administered over several weeks to months. Some horses with EGUS are resistant to current treatments and might benefit from a change in diet.


Performance horses that are fed high- concentrate diets (grain) are more likely to develop gastric ulcers than horses at pasture. The sugars in grains are fermented by resident stomach bacteria (Lactobacillus and Streptococcus spp.), producing acid byproducts called volatile fatty acids (VFAs). In the presence of normal stomach hydrochloric acid, these VFAs cause injury and ulceration when absorbed through the stomach wall.


The non-glandular squamous region of the horse’s stomach, located in the inner one-third of the stomach, is covered by “tender” tissue and has minimal protection against acid injury. Stomach acids and VFAs have been implicated in causing gastric ulcers.


Performance horses commonly eat diets high in fermentable grains. Our research at the University of Tennessee College of Veterinary Medicine has focused on soluble carbohydrates (sugars in grain), the production of VFAs, and their roles in causing ulcers.


Jennifer Nadeau, MS, PhD, a graduate student in our laboratory and an assistant professor of animal sciences at the University of Connecticut, initially showed that horses with stomach ulcers fed bromegrass hay and alfalfa hay/grain 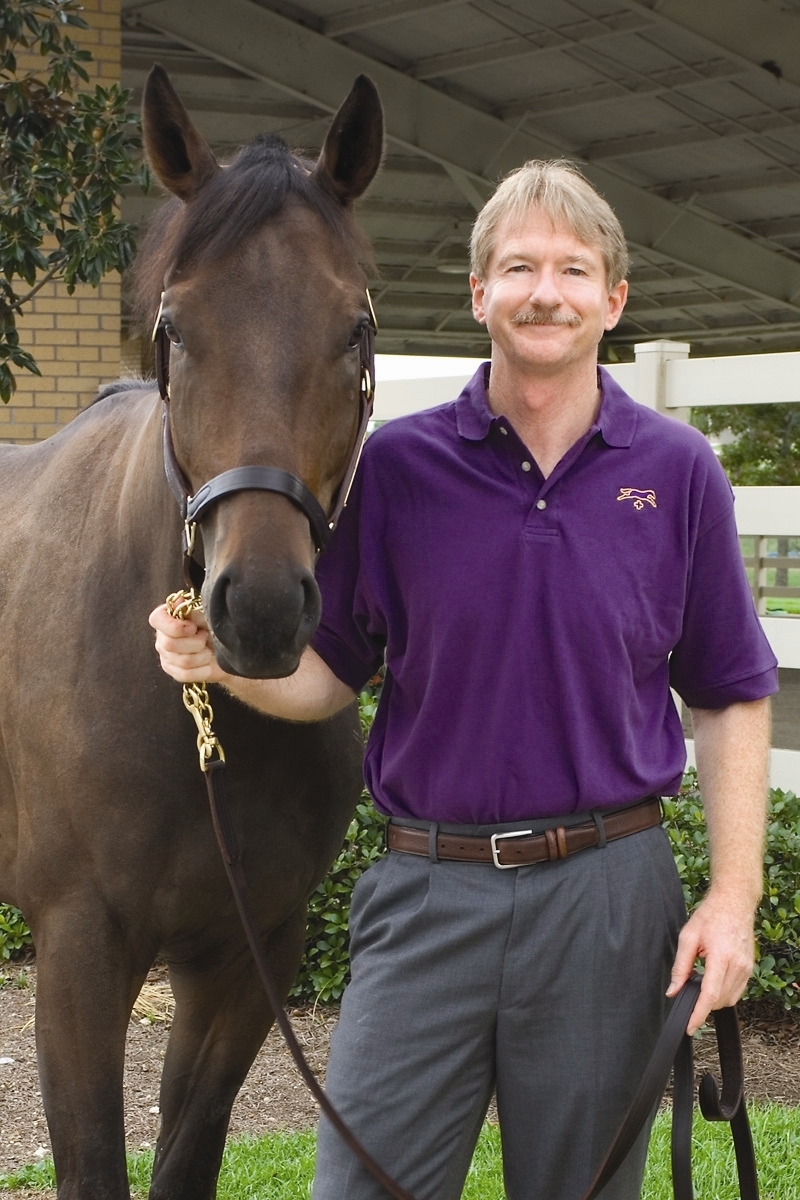