This is how the American Veterinary Medical Association describes the human-animal bond: “a mutually beneficial and dynamic relationship between people and animals that is influenced by behaviors that are essential to the health and well being of both.” The AVMA recognizes that the human-animal bond exists, that it has existed for “thousands of years,” and […]

This is how the American Veterinary Medical Association describes the human-animal bond: “a mutually beneficial and dynamic relationship between people and animals that is influenced by behaviors that are essential to the health and well being of both.” The AVMA recognizes that the human-animal bond exists, that it has existed for “thousands of years,” and that it has major significance for veterinary medicine because “as veterinary medicine serves society, it fulfills both human and animal needs.”

I can’t argue with any of that, which makes the AVMA’s stand opposing non-economic damages for harm to an animal resulting from veterinary malpractice hard to understand. The AVMA Policy on “Compensatory Values for Animals Beyond Their Property Value” acknowledges that market value alone might be inadequate compensation for the loss of an animal. Other economic factors, including purchase price, the animal’s age and health, its breeding status and pedigree, any special training the animal has had, and the vague “particular economic utility to the owner” all can contribute to the “real monetary value” of the animal.

Conspicuously missing from the AVMA policy, though, is any suggestion that an animal’s sentimental value to the owner has even a penny’s worth of monetary value. In fact, the AVMA categorically opposes the recovery of any so-called non-economic damages by an animal owner who wins a malpractice lawsuit.

And there, as Hamlet said, lies the rub. The love and affection an owner has for his or her animal seems to be a pillar of the centuries-old 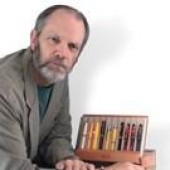