Neonatal isoerythrolysis is a silent stalker of foals. At birth, the foal is normal. In some cases, the foal shows subtle signs as an internal enemy attacks and the disease progresses to a point of no return; in others, it takes only hours for

Neonatal isoerythrolysis is a silent stalker of foals. At birth, the foal is normal. In some cases, the foal shows subtle signs as an internal enemy attacks and the disease progresses to a point of no return; in others, it takes only hours for the foal to go down. Neonatal isoerythrolysis (NI) debilitates the foal through the destruction of his red blood cells, leaving the foal weak, depressed, anemic, or worse. It is relatively uncommon; studies in Thoroughbreds show it occurs in less than 1% of foals. It also occurs in other breeds and in mule foals.

Most horse breeders have at least heard of the disease, even if they have not experienced the effects firsthand. The signs of NI include weakness or loss of interest in nursing, with some foals showing very little signs of a problem until it is too late.


So, what causes this disease with the difficult name, and what can you do to treat foals which have it? Are some mares at repeat risk for having NI foals? And most importantly, how can you prevent it from occurring in foals, especially if you already have experienced this disease? These questions and more will be answered in this article.


Neonatal isoerythrolysis is a blood disorder that occurs in some foals less than one week of age. As stated before, the foals are not born with this disease. The problem begins when the foal nurses from the mare for the first time. As the foal ingests and absorbs the mare’s colostrum, the antibodies that help protect the foal from other diseases begin to cause a disease of their own.


Mares, unlike humans, don’t pass antibodies across the placenta. Therefore, if the foal does not nurse the colostrum, it will not receive protection against common “bugs” in its environment.


However, certain mares produce an antibody against a red blood cell group or factor that is transferred to the foal via the colostrum. If the foal is unfortuna 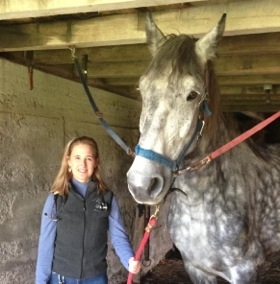