One equine practitioner shares tips on how veterinary practices and horse farms can “go green.”

Posted by Alexandra Beckstett, The Horse Managing Editor | May 8, 2014 | Article The United States is the No. 1 trash-producing country in the world. We yield approximately 251 million tons of trash annually, yet recycle only 82 million tons. One equine practitioner believes this statistic is unacceptable and established an extensive recycling program for her Beavercreek, Oregon clinic. She shared her suggestions for how other practices can adopt similar programs during the 2013 American Association of Equine Practitioners' Convention, held Dec. 7-11 in Nashville, Tenn.

In 2009, Barbara G. Crabbe, DVM, and her equine practice made the commitment to "go green." Shortly after establishing an effective recycling program, they began reaping rewards beyond simply reducing their carbon footprint. First they received a local award for their efforts; then they were featured by the local media. Clients began to recognize and appreciate their endeavor.

"Not only has our recycling program become one of our best marketing tools to date, it has had the additional benefit of contributing to a strong sense of teamwork among our employees," Crabbe said. 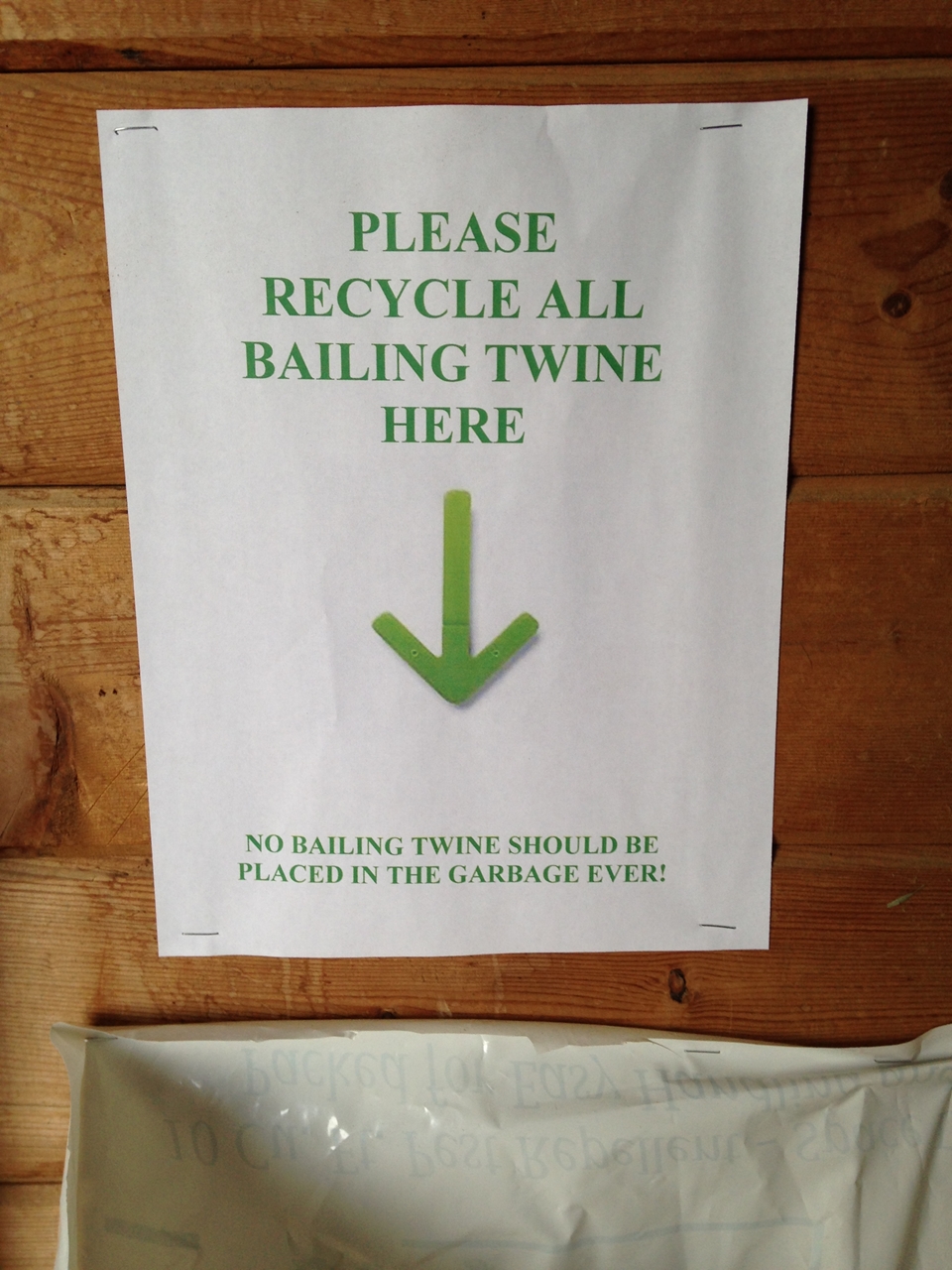 Did you know you can recycle baling twine? Try seting up a recycling bag next to where you store your hay.

"The list of what you can recycle is endless," she continued, listing websites such as earth911.com and the iRecycle app as tools for helping identify recycling options. For instance, did you know you can recycle baling tw