While researchers have looked at the reduced risk of serious injury to an equestrian when he or she wears a helmet, there has been less study into the effect of other safety equipment, including protective vests.

Posted by University of Kentucky College of Agriculture, Food and Environment | May 23, 2019 | Safety, Welfare and Industry 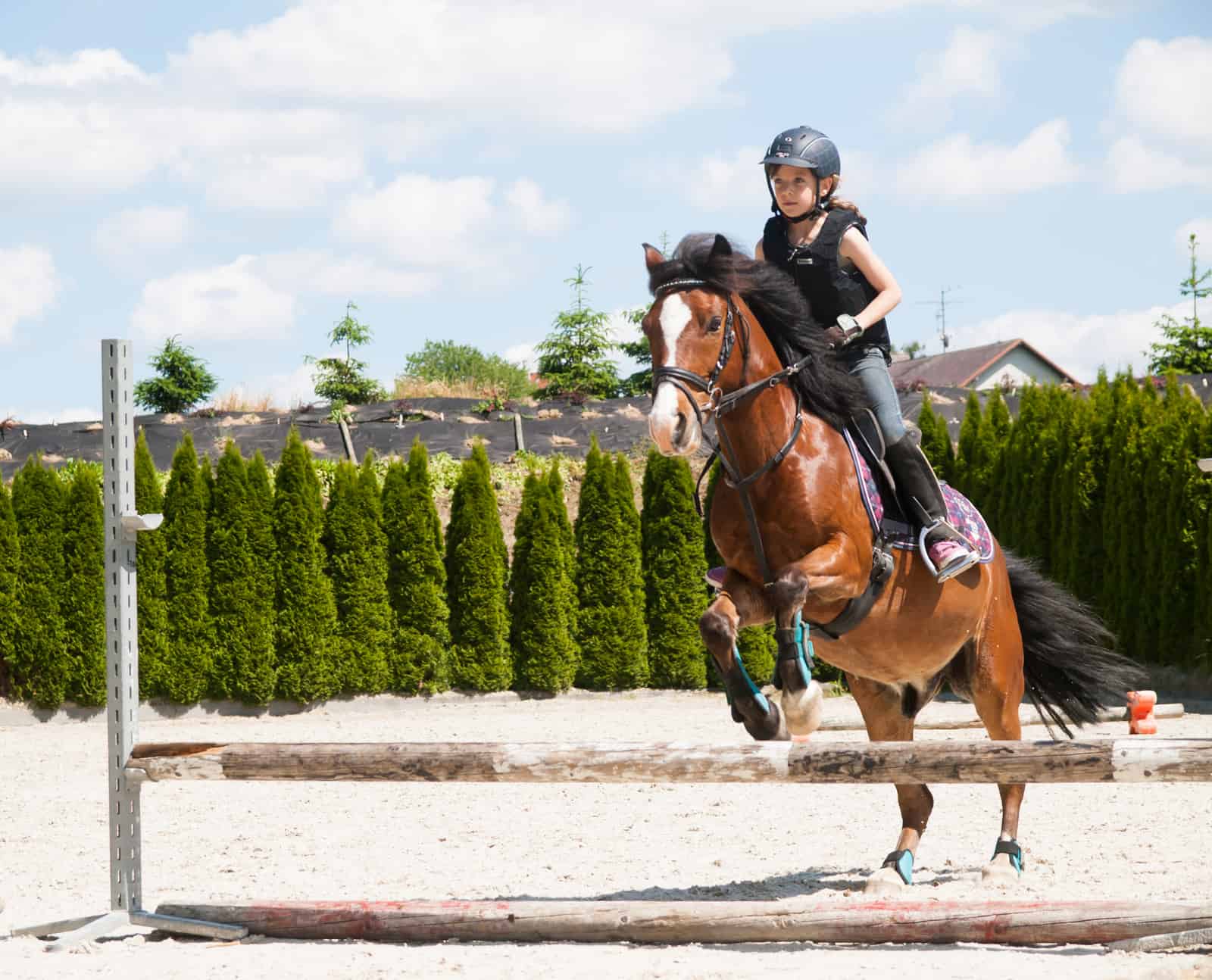 Studies have shown that equestrian sports have a higher injury risk than many other mainstream sports, including football, basketball, and baseball. While much research has been done on helmet safety and the reduced risk of serious injury to a rider when a helmet is worn, there has been little scientific research done on the effect of other pieces of safety equipment on injury prevention, including protective vests.

At the inaugural Horse Industry Safety Summit, held April 23 at the University of Kentucky’s Spindletop Hall, in Lexington, Sarah Andres, PhD, chair of the United States Pony Club’s (USPC) Safety Committee, addressed this topic in her presentation about the importance of protective vests for equestrians.

Andres noted that the USPC collects detailed data in the form of incident reports on any fall or other potentially harmful occurrence sustained by a member. These reports include the age, sex, certification level, type of activity, a description of the incident and any resulting injuries, what protective equipment was being worn at the time of the incident, and any possible contributing factors to the incident.

This data, Andres said, was a key contributing factor in the USPC updating the language in its rules at the beginning of 2019 from “strongly encouraging” to “requiring” riders to wear protective vests while riding cross-country.

In a retrospective analysis, Andres and colleagues looked back at the 718 incidents reported between 2011 and 2017. They found that 91.6% (658) occurred while the individual was mounted on a horse; of those, 25% of riders were wearing a protective vest. The data was statistically insignificant as to whether a rider had a lower incidence of injury while on the flat and jumping in an arena when wearing a protective vest, as these types of riding activities traditionally have a lower associated risk of injury because they do not involve solid obstacles, she said.

Of incidents that occurred when riders were navigating cross-country obstacles, riders had a 56% reduction in the relative risk of injury compared to those not wearing a protective vest.

Andres also looked at research done in other equestrian disciplines in which protective vests are common or required. In a study conducted by Michael R. Whitlock of injury outcomes for jockeys in Ireland, the use of protective vests resulted in a decrease in rib fractures in jockeys who fell.

USPC members are categorized from beginners (uncertified to the D1-3 levels), intermediate (C levels) and advanced (national level certifications of C3, B, and A). While the survey showed that 72% of respondents owned a protective vest, that number rose to 86% when considering D2 certifications or higher, and 93% when considering C-level certification or higher. This means that the more experienced the rider, the more likely they are to own a protective vest.

While Andres’ study did not address air vests (in which an inflatable vest or jacket air bag is worn over a traditional protective vest and deploys in the event of a fall), she is hoping to collect data on such newer styles of safety equipment in future years.

Jen Roytz, executive director of the Retired Racehorse Project and co-owner of Topline Communications, served on the planning committee for the Horse Industry Safety Summit.