You expect dusty hay to set off inflammation in asthmatic horses’ lungs. But did you know dusty hay and indoor housing can also affect their gut microbiota? 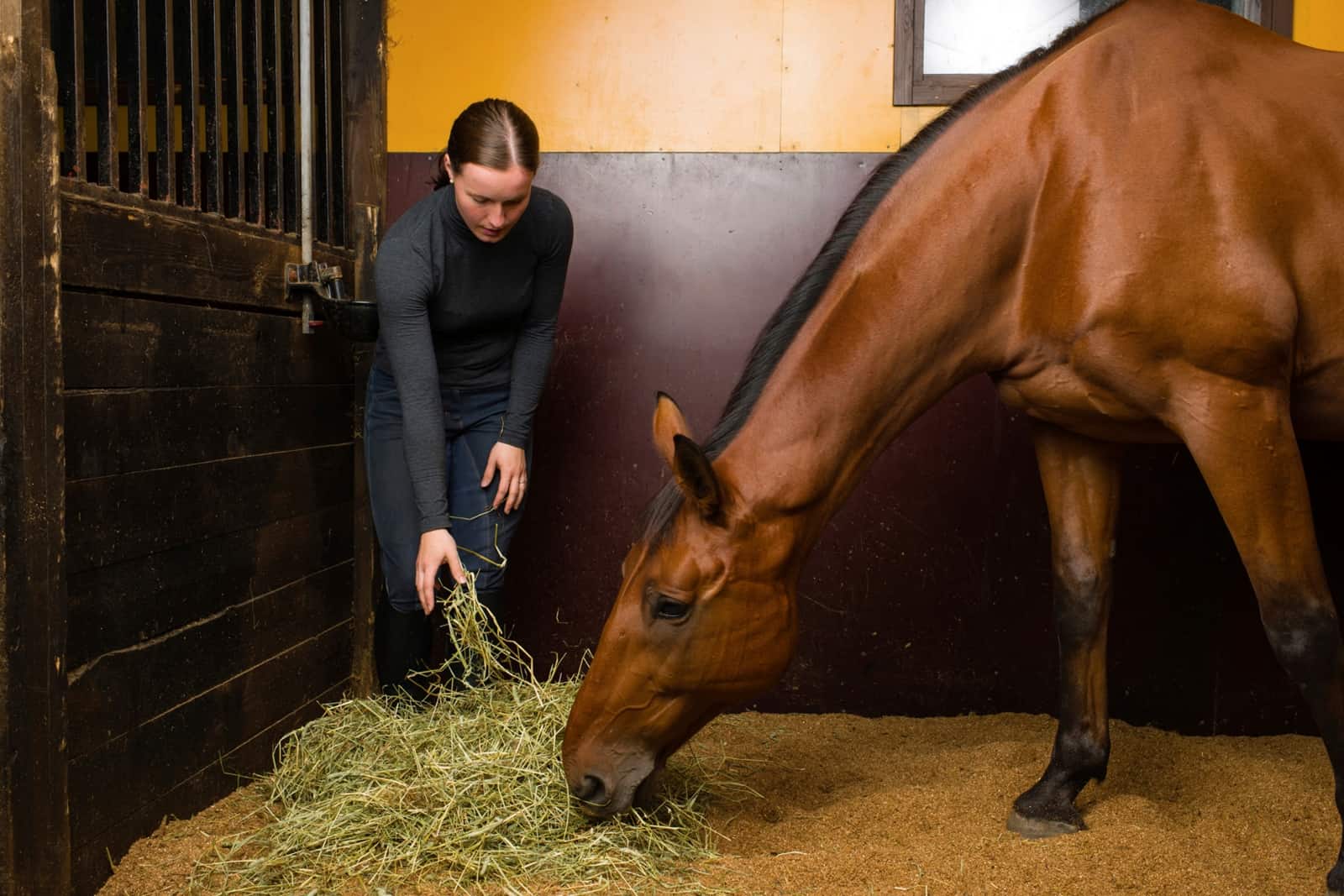 You expect dusty hay to set off inflammation in asthmatic horses’ lungs. But did you know dusty hay and indoor housing can also affect their gut microbiota? According to a new study out of Canada, asthmatic horses don’t adapt their intestinal flora to environmental changes the same way healthy horses do.

Researchers don’t yet know, however, whether that’s because the lung problems affect the gut, the gut problems affect the lungs, or both problems have a common systemic cause, said Mathilde Leclere, PhD, of the Clinical Sciences Department of the Université de Montréal in Québec.

Working in collaboration with Marcio Costa, PhD, of the university’s Veterinary Department of Biomedical Sciences, Leclere examined gut microbiota changes in six asthmatic horses and six matched control horses at the same farm. They analyzed fecal samples from the horses after three weeks at grass pasture and again after they were moved indoors and fed either good-quality hay or dusty hay.

They found that the asthmatic horses, as expected, developed airway obstruction typical of asthma when moved indoors, and that it was worse with dusty hay, Leclere said. However, they also noted that asthmatic horses had different changes in their gut microbiota after moving indoors than non-asthmatic horses.

“In healthy horses, we observed that a change from grass pasture to a hay diet is associated with an increase in Fibrobacter, a group of bacteria that degrades cellulose,” Leclere said. “This was not the case in horses with asthma.”

Leclere and Costa developed three primary hypotheses to explain this newly discovered phenomenon, she said. Essentially, horses with asthma might:

While scientists have already studied the connection between intestinal microbiota and the airway system in humans, they haven’t yet explored it in horses, said Leclere. “The gut-lung axis, or the idea that the gut microbiota influences systemic inflammation, is not new,” she said. “Change in the gastrointestinal microbiota can contribute to systemic and pulmonary inflammation by increasing or decreasing bacterial metabolites (such as peptidoglycans, endotoxins, short-chain fatty acids) that can cause inflammation locally or be absorbed in the bloodstream (according to human studies).”

The study provides useful insight into the complexities of equine asthma, which Leclere said could pave the way for better treatment and management. However, she cautioned, at this stage it’s too soon to make recommendations based on the study alone.