Thirteen Oklahoma premises in seven counties remain under quarantine due to vesicular stomatitis. 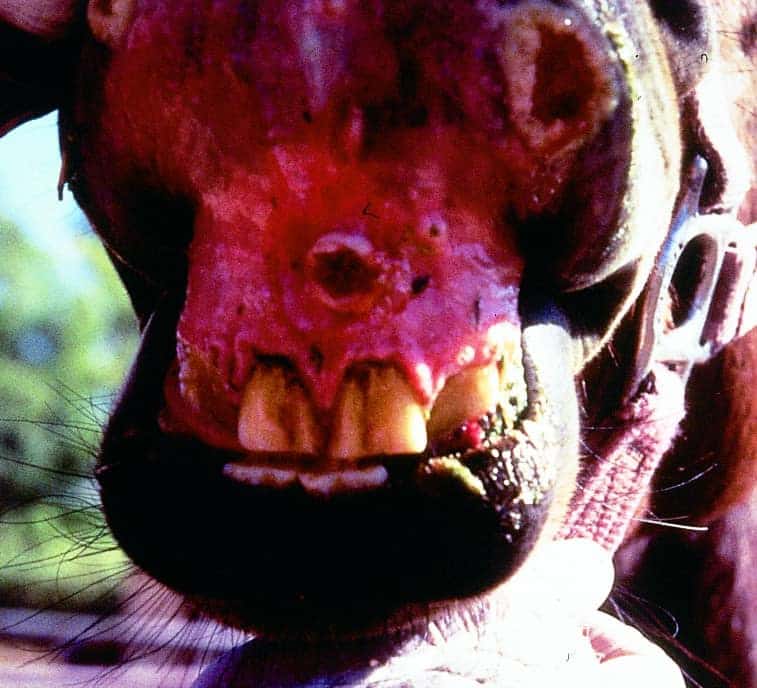 In its July 23 Situation Report, the USDA’s Animal and Plant Health Inspection Service (APHIS) confirmed Adair, Nowata, and Tulsa counties in Oklahoma as newly infected with vesicular stomatitis virus (VSV). These are in addition to Osage and Ottawa counties, which were confirmed as newly infected in APHIS’ July 20 Situation Report, and Craig and Washington counties, which were previously reported with confirmed cases.

This year’s VSV outbreak began on April 13 in Dona Ana County, New Mexico, and spread to Oklahoma on July 7 (Washington County). Other states with current outbreaks include Kansas, Missouri, and Nebraska. All previously infected premises have been released from quarantine in Arizona, New Mexico, and Texas. If you are interested in adopting this blue roan horse, please submit an ‘Adoption Inquiry’ via our website: Allaboutequine dot…
07/01/2021
Total views: 4150