Yes, Your Overweight Horse is at Risk for Laminitis

The good news is that many of the laminitis risk factors researchers identified can be detected early and modified. Barn circles might banter about the chubby chestnut with the deep gutter down her back, or jest about the round roan who looks like he could foal any day now. But in a landmark observational case-control study in client-owned North American horses, scientists have demonstrated that these animals are more ticking time bombs than laughing matters—they are at risk for developing the painful and sometimes-fatal hoof disease laminitis. The good news is that many of the laminitis risk factors the researchers identified can be detected early and are modifiable.

“As we all know, laminitis is a disease of considerable importance to both horses and horse owners, with estimated incidence of 1.5% to 34% of horses affected annually, and 13% of horse operations,” said Michelle Coleman, DVM, PhD, assistant professor of Large Animal Internal Medicine at Texas A&M’s College of Veterinary Medicine & Biomedical Sciences, in College Station. “The lifetime risk of a horse developing laminitis is estimated at 15%. We all know that there’s a significant clinical and economic impact of this disease, especially in that there is no effective method or cure, and no effective method for prevention of disease.”

Coleman noted that this disease not only affects horses and horse owners but also veterinarians, who identified laminitis as the top priority for research funding in a 2009 American Association of Equine Practitioners (AAEP) survey of its membership. Coleman presented results from the pasture- and endocrinopathy-associated laminitis (PEAL) study at the 2016 AAEP Convention, held Dec. 3-7 in Orlando, Florida. She and her 15 co-authors in the Laminitis Research Working Group launched the research at the 2011 convention. And while she admitted many of the results were unsurprising, they confirm in no uncertain terms what veterinarians have believed for years and stress the importance of managing laminitis-prone horses very carefully.

Most existing research on laminitis has been conducted in experimentally induced laminitis cases. These approaches do predictably produce laminitis in study horses, but they aren’t an accurate representation of how natural disease occurs. Coleman said the group sought to study naturally occurring cases of disease. “Results of these epidemiologic studies are relevant to naturally occurring cases,” she said. “Our goal was to identify risk factors for development of disease.”

The researchers identified that the most common type of laminitis cases seen in private practice was PEAL, so they set out to investigate what AAEP members in North America were seeing in this type of case by recruiting cases via veterinarians and horse owners.

Coleman and colleagues asked veterinarians to report patients’ signalment (age, breed, sex, etc.), clinical signs, activity level, dietary status, and stable management practices in any case of laminitis within four weeks of onset of clinical signs with an Obel laminitis scale grade of 2 or higher. The scientists excluded horses with a history of laminitis due to toxic causes, grain overload, contralateral weight-bearing (such as in supporting-limb laminitis cases), and any other concurrent hoof disease.

Veterinarians in 32 states and three Canadian provinces responded, reflecting an 18% participation rate. The research team found 550 usable responses from submissions from 109 veterinarians. Ultimately, the study group included 199 cases, which Coleman and colleagues matched with 198 healthy controls, and 153 controls showing lameness (non-laminitic horses lame with a Grade of 3 to 5 lameness in one forelimb only). Some of the team’s key findings included:

However, she explained, this was the first observational study of only acute or incident cases of laminitis supporting a causal relationship of obesity and laminitis.

“Perhaps we need to think about laminitis in another way,” said Coleman. “What makes horses obese? Maybe obesity is a symptom of a much bigger problem. (We need to think) how can we reduce the burden of laminitis by reducing the burden of obesity? And while this distinction may be subtle, the impact may be profound.”

Similarly, she said, we might need to look at endocrinopathic disease in a new way–very few horses in this study had prior diagnosis of endocrinopathic disease, suggesting that laminitis was the first clinical sign these horses developed. If we can identify horses at risk of developing PPID or EMS early, then perhaps we can reduce the risk of laminitis, she added, suggesting dietary management practices for EMS horses, medical management for horses with PPID, and potential novel therapeutic agents.

The veterinary community’s potential for reducing the burden of laminitis also lies in client education and compliance, she said. “Until now, there has been limited evidence to support what we all think is true, that overweight horses founder and endocrinopathic disease results in laminitis. Now, with more supporting evidence I hope we can use this information to educate our clients.”

Still, in a 2010 study Coleman cited, only 1% of owners of geriatric horses perceived geriatric horse weight gain as an important health issue, so she emphasized that practitioners need to educate their owners early—early diagnosis, early intervention in these cases—to potentially reduce the burden of laminitis.

Coleman said this research was funded by the AAEP Foundation, with generous support from Boehringer Ingelheim. 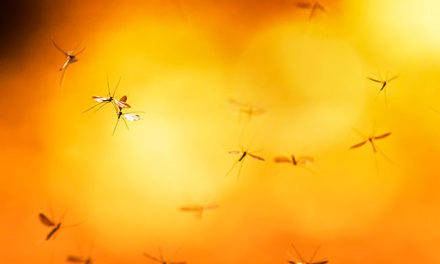 If you are interested in adopting this horse, please submit an ‘Adoption Inquiry’ via our website: Allaboutequine dot org. No…
07/01/2021
Total views: 996