How young horses are fed and housed can impact how osteochondral lesions evolve, and even help them heal. 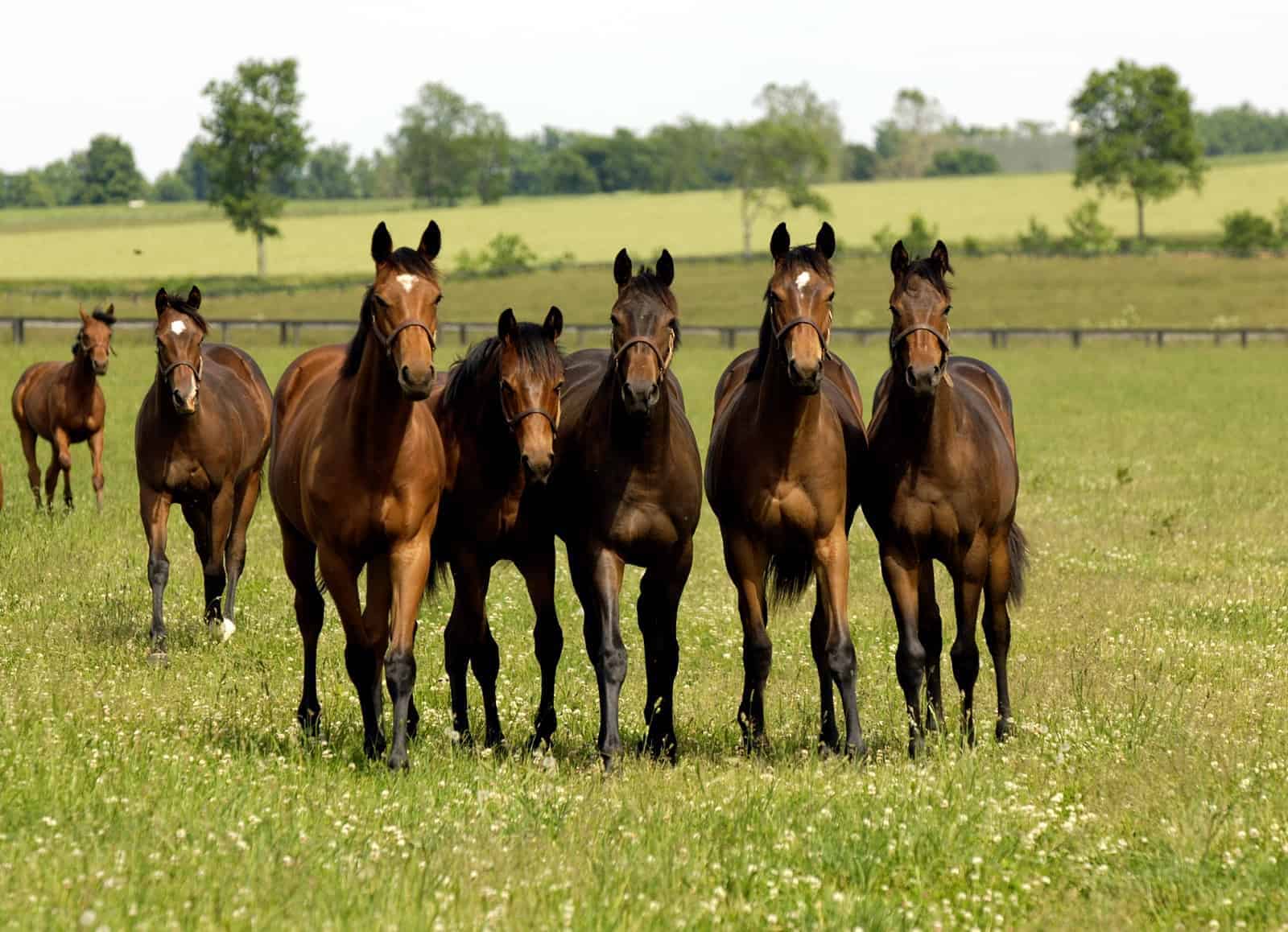 Researchers know that osteochondrosis dissecans (OCD) lesions can develop in foals as the result of management practices—how they’re fed and housed. But they’ve recently learned that how we manage foals during their first 18 months can also affect how their osteochondral lesions evolve, and even help them heal.

Specifically, foals consuming little or no concentrated feed had more OCD cases that resolved on their own between six and 18 months of age, said Luis Mendoza, DVM, of the Mont-Le-Soie Equine Research Center, in Vielsalm, Belgium.

However, this doesn’t mean breeders need to jump to extreme conclusions and stop giving concentrated feeds to their young herd, he added. It’s all about balance.

“We cannot say that the concentrates themselves are negative for the osteoarticular status of the foals; it is the excess of these concentrates which would alter the energy metabolism and, subsequently, the bone metabolism,” he said. “When the foal receives good-quality hay or roughage, we would recommend reducing … the concentrates since they might not be necessary.

“The market demands … taller and bigger animals that start their sports careers earlier than (in the past),” he continued. “It’s obvious that there has to be a balance between a commercial (enterprise) and a healthy foal. Foals that are fed with concentrates or high-energy foods may grow faster, but with an increased probability of producing a foal with joint and orthopedic problems such as osteochondrosis.”

In their study, Mendoza and his fellow researchers followed the OCD status of 204 sport horses from the Wallonia Region of Belgium aged six to 18 months, paying special attention to feeding and housing conditions. Their breeders had taken advantage of a voluntary orthopedic disease screening program promoted in that region and managed by the European Center of the Horse. Scientists collected a series of X rays when the foals were six and 18 months old, including lateromedial views of the four fetlocks, lateromedial and plantarolateral-dorsomedial oblique views of the hocks, and latero-medial views of the stifles. Breeders also provided information about the horses’ management in questionnaires.

They found that 132 of the 204 foals had no OCD lesions at either timepoint, while 37 foals showed lesions at both examinations.

While the current study’s results didn’t suggest housing and paddock access impacted disease development or evolution, the researchers have not yet ruled out that possibility, Mendoza added. Previous studies have shown a connection between pasture access and disease development, so more research is needed to better understand how housing is associated with OCD.

“Good-quality hay and regular access to the paddock will reduce the chances of developing osteochondral lesions,” Mendoza said.

Metabolism appears to play an important role in osteochondral development, as other studies have revealed that it seems to cause certain genes to “express” more than they should.

“Furthermore, we observed that some of the overexpressed genes are implicated in the intracellular transport of glucose,” Mendoza added. “One of these genes has been shown to be related in humans to type-2 diabetes (directly associated with glucose metabolism).”

Further, feeding concentrates to a growing horse that isn’t used to consuming them could have even more dramatic negative effects, Mendoza said. “Foals with a very low body score (because they did not have enough access to food) which are then given large quantities of concentrates have a greater probability of developing osteoarticular problems,” he said.

The study, “Impact of feeding and housing on the development of osteochondrosis in foals—A longitudinal study,” was published in Preventive Veterinary Medicine. Phayth is an exquisitely beautiful and typey purebred senior Arabian mare looking for her forever home! She has a background…
11/28/2021
Total views: 802