Survey: Owners generally like trying out complementary and alternative therapies on their horses. But they don’t always tell their veterinarians about it. 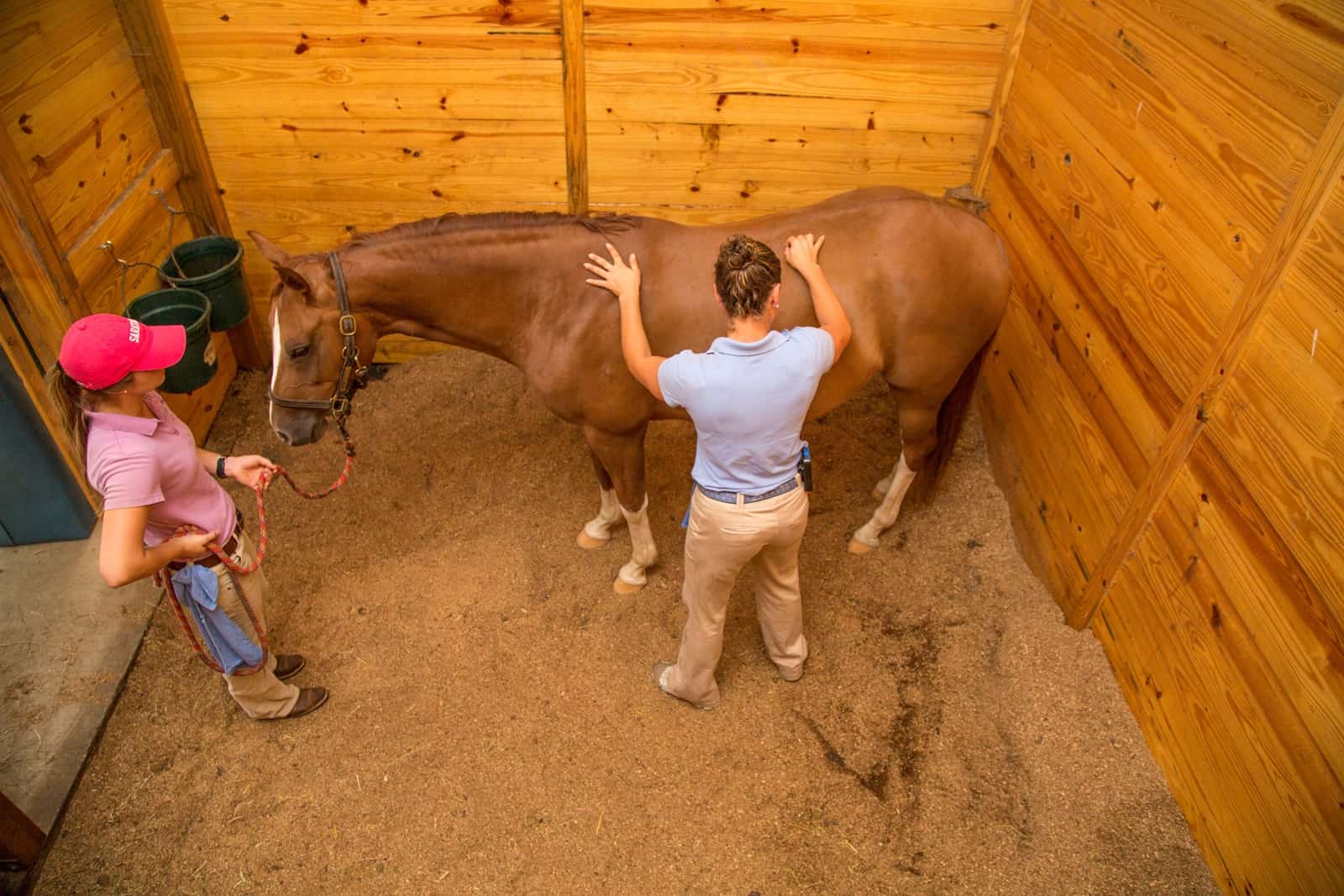 Owners generally like trying out complementary and alternative therapies—such as herbs, massages, and nutraceuticals—on their horses. But they don’t always tell their veterinarians about it. And this lack of information-sharing could backfire with regard to their horses’ health, according to study results from Belgian researchers.

Based on her recent survey of more than 1,500 horse owners, Decloedt and her team found that a quarter of survey respondents who used CAVM in addition to traditional therapies never mentioned those therapies to their veterinarians.

“Veterinarians should be aware … that many (or even most) horse owners are using some kind of CAVM,” Decloedt said, adding that this “does not reflect any kind of distrust in conventional veterinary medicine.”

As for horse owners, she said she encourages them to discuss CAVM with their veterinarians, especially when they’re considering combining it with conventional therapies. “Information about current or previous CAVM treatment is important for the vet to know when deciding about the diagnosis or treatment of the horse,” she said.

Complementary Therapy Use High Among Owners, for Their Horses and Themselves

Decloedt and her fellow researchers collected responses from 1,532 horse owners who answered a 23-question online survey (in Dutch). About 60% of the horses lived at home with their owners, and one-third of the horses were ridden in competitions.

The researchers found that nearly 73% of the owners had already used CAVM for their horses in the past, with 65% using manual therapies and nearly 55% using herbs. Half had used homeopathy, and a one-third had used physiotherapy (such as water treadmills) and/or acupuncture.

“Based on our own experience as vets and horse owners, we had already suspected that many of these practices were widespread amongst horse owners—especially the use of herbs and manual therapies, so we were not surprised that CAVM use was indeed high,” Decloedt said. Even so, it’s possible the results weren’t fully representative of all horse owners, because the volunteers who responded were probably already interested in the topic of CAVM, she added.

Disappointment in standard veterinary care wasn’t a driving factor for CAVM use, explained Decloedt, stating that only 14% of the respondents said they felt traditional therapies were insufficient. “This is important to know for vets, as they might believe that owners using CAVM have less faith in conventional medicine,” she said. “Our study showed that this was not the case for the majority of CAVM users.”

Meanwhile, around 77% said they believed in CAVM’s capacity to boost natural reserves. “Most owners choose CAVM because they think it stimulates the natural therapeutic power of the body, it includes ideas and methods which may be beneficial for conventional veterinary medicine, and it causes no harm,” said Decloedt.

Providing Alternative Therapies, With or Without Veterinary Counsel

“Veterinarians should be aware that horse owners expect vets to be able to provide information about CAVM,” Decloedt said.

By turning to the internet or word of mouth for advice about CAVM, some owners could provide such therapies to their horses without veterinary advice, said Decloedt. But that’s problematic, she added, because only 40% stated they felt CAVM information was easy to understand, and most had misunderstandings about safety, efficacy, and how to administer the therapy. “The perceived knowledge of CAVM amongst owners was quite high, while their actual knowledge (tested by five true/false statements) was in fact low,” she said.

Of the respondents, 88% said they would inform their veterinarian if they decided to combine CAVM with traditional therapy, but only 75% had done so in the past. This raises important health and welfare concerns, Decloedt said.

“Second, owners may use CAVM before they approach a veterinarian,” she continued. “If CAVM is used without supervision of someone with medical training, diagnoses might be missed, and the condition of the animal may deteriorate while no appropriate conventional therapy is started.”