Endocrine disorders and black walnut extract exposure were a few of the causes researchers discussed. 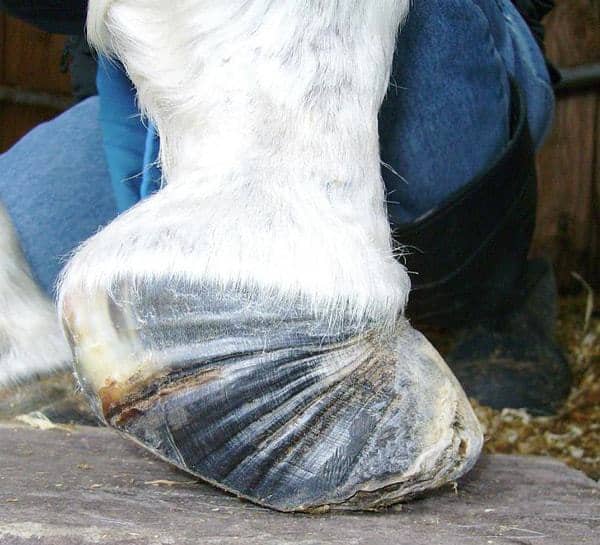 Laminitis is a devastating disease that does not discriminate based on a horse's age
Photo Credit: Nora Grenager
ADVERTISEMENT

Laminitis, an often frustrating disease, has many different causes that result in the same breakdown of the hoof laminae. Or, as James Orsini, DVM, Dipl. ACVS, of the University of Pennsylvania’s New Bolton Center for Equine Veterinary Research, said at the 2012 International Equine Conference of Laminitis and the Equine Foot, held Nov. 2-3 in Monterey, Calif., "All roads lead to Rome."

If "Rome" is the result of laminitis with rotation or sinking of the coffin bone (structural failure of the suspensory apparatus of the coffin bone), then many roads lead there because the equine hoof is what’s referred to as a shock organ. "When there’s an overwhelming systemic inflammatory response, often secondary to infection or trauma, there’s one organ in each species that really gets the brunt of the effects," Nora Grenager, VMD, Dipl. ACVIM, of Grenager Equine Consulting in Middleburg, Va., explained. "In people it tends to be the lung, but in horses it’s the hoof."

So that means when horses get sick, their hooves (or specifically, the laminae) take the figurative and literal brunt of the problem.

Grenager outlined the possible causes of laminitis, including: