Increasing the palmar angle could increase the amount of pressure on dorsal laminae rather than decreasing it. 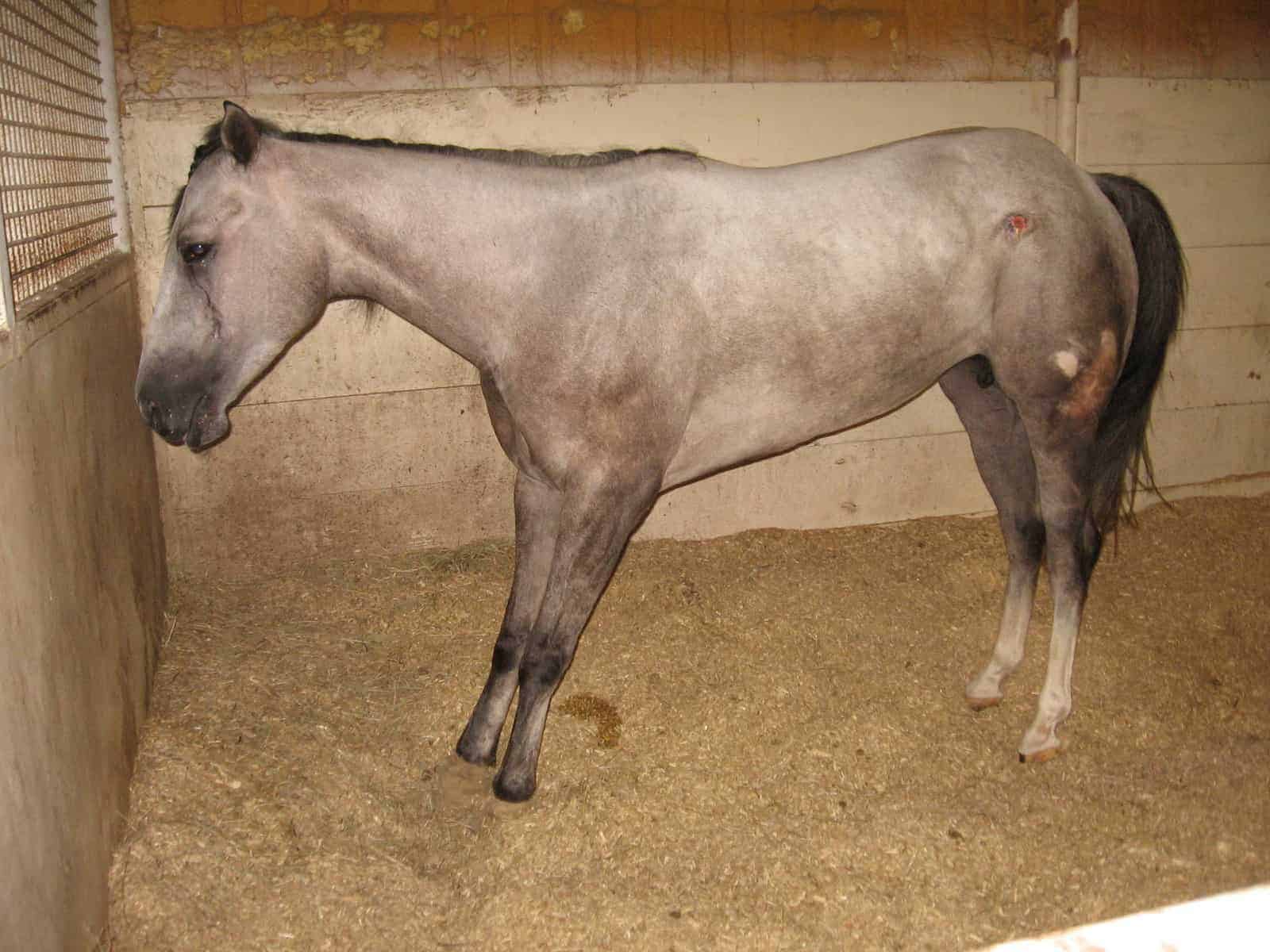 Veterinarians and researchers around the world have been seeking a cure for laminitis for decades. While a cure remains elusive at present, several treatment options have been developed to help make laminitic horses more comfortable despite their condition. A team of researchers from New Zealand recently put one of the most common treatment methods to the test using biomechanical models, however, and found that it might not be as effective in treating the clinical signs of the disease as once thought.

Laminitis is a disease that compromises the laminar junction, a 3-4 mm layer of soft tissue connecting the hoof wall to the coffin bone. In horses affected by laminitis, the coffin bone rotates within the hoof capsule, creating pain caused by abnormal pressure on some structures in the leg and foot.

In some cases, veterinarians and farriers raise a laminitic horse’s heels using therapeutic shoeing to increase the hoof angle based on the belief that the procedure relieves stress on the deep digital flexor tendon (DDFT) and laminae caused by rotation of the coffin bone.

A recent study led by Glenn Ramsey, a PhD candidate at New Zealand’s University of Auckland, examined how changes in hoof angles affect the load on the dorsal (forward-facing) laminar junction in the hoof.

“This is the region where failure is observed, and the goal of hoof care interventions that attempt to manipulate the DDFT force is to reduce the load in this region,” explained Ramsey.

In the study the team created biomechanical finite element models of equine hooves with palmar angles (the angle the bottom of the coffin bone makes with the ground) ranging from 0°-15°. Finite element analysis is a computerized method of, essentially, taking a complex problem and breaking it down into a finite number of simple problems. Using information on ground reaction force (the force exerted by the ground on a body in contact with it) and joint movement (the force that causes the joint to articulate about its center of rotation) acquired from a previous study, computerized models were used to simulate the conditions a real hoof would experience at a walk.

The team found that:

So what does all this mean? The team’s findings suggest that raising the palmar angle could, in fact, increase the load on the dorsal laminae rather than decreasing it, which could hinder the intended outcome of the treatment.

Each case of laminitis is different, however, so horse owners should discuss potential therapeutic options for laminitic horses with their veterinarian and farrier prior to implementing treatment.

The study, “The effect of hoof angle variations on dorsal lamellar load in the equine hoof,” was published in the September 2011 issue of the Equine Veterinary Journal. The abstract is available online. Other (Please specify in details)
Welsh Pony or Cob
Gelding