Can you please tell me what the terms hunter’s bump and a dropped hip refer to, and how they are different?

Q: My horse has an “uneven” hip that has been called a “hunter’s bump” or a “dropped hip” by various people. Can you please tell me what these are, and how they are different?

A: There is not another group on the planet that has the specialized vocabulary of horsemen; but a “dropped hip” in reference to a horse is a new one on me. It is not recognized terminology in equine veterinary medicine or in horseman’s jargon. Your companion might be referring to a condition horsemen know as “hunter’s bump.” Or she might have noticed that your horse appeared lame on a rear limb and exhibited a corresponding “drop” in the affected hip at the walk or trot.

When your veterinarian examines a horse for a suspected hindlimb lameness, he will pay particular attention to the horse’s movement as viewed from behind. For example, a horse with pain in the left rear leg will bear less of his weight on the left limb, spend less time with the left limb on the ground, and might not flex or extend the joints as far as the normal hindlimb.

Those three abnormalities are visualized as a difference in the way the gluteal (rump) musculature contracts and relaxes at a walk or trot. A sound horse’s musculature appears perfectly symmetrical as he moves forward in a straight line. A horse with a left hindlimb lameness might not fully contract the gluteal muscles during the weight-bearing phase of his gait, making the left gluteals appear lower than the right. He might get off the left rear much faster than the right. This also produc 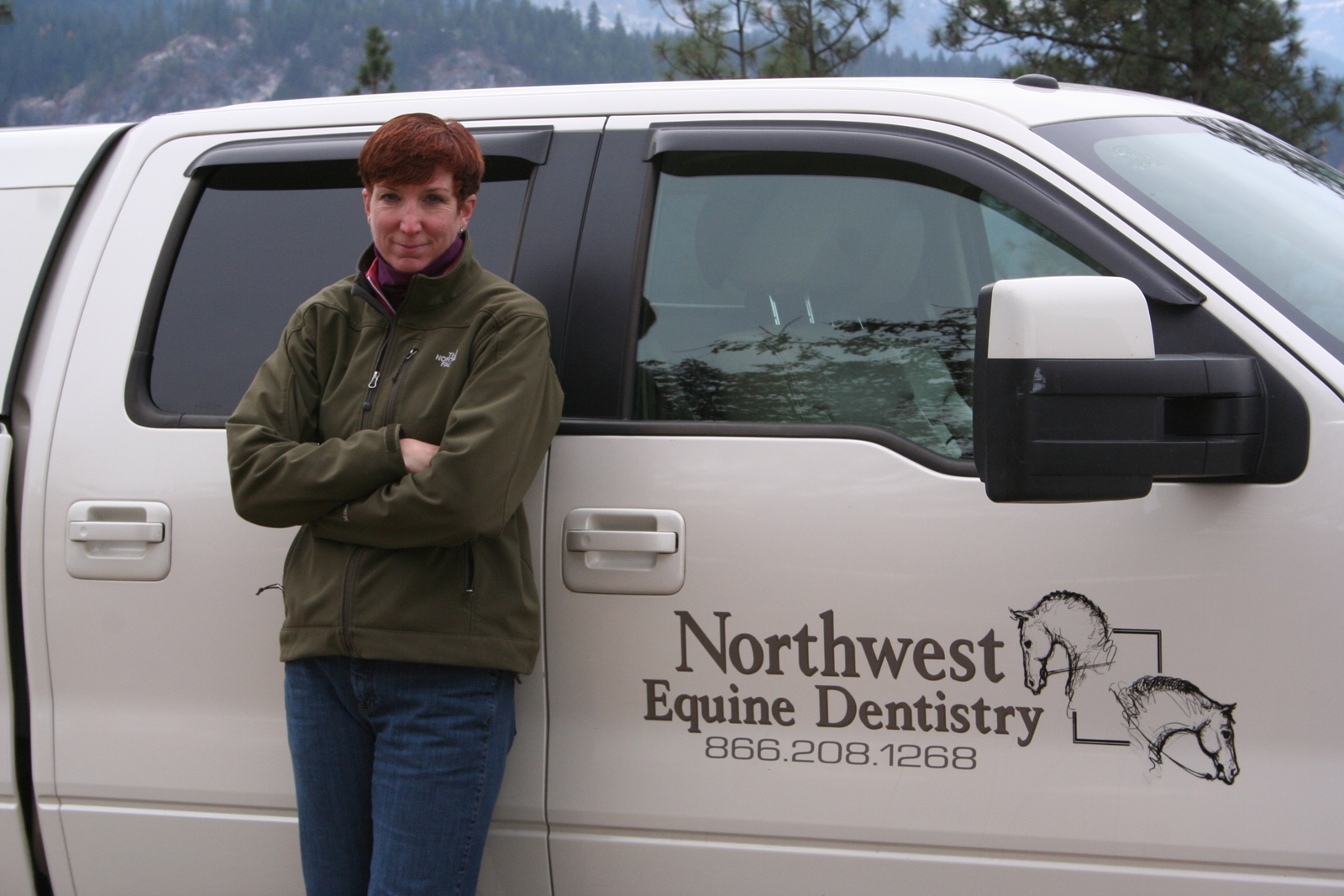 Mary S. DeLorey, DVM earned her veterinary degree from University of Missouri in 1992. Since 2000, she has devoted her entire professional energies to equine dentistry. Her practice, Northwest Equine Dentistry, Inc. serves the states of Washington and Idaho and is based near Seattle. Dr. DeLorey has traveled internationally to instruct veterinarians in equine dentistry techniques and speaks to horse owners nationwide. She trail rides and raises sport ponies from her ranch in Eastern Washington when she's not on the road.

If you are interested in adopting this horse, please submit an Adoption Inquiry via AAE's website; No texts please: www.allaboutequine[dot]org/how-to-adopt.html.…
01/13/2023
Total views: 207