Why Does a Horse Lie Down?

Find out about equine sleep patterns from an equine behavior expert, and learn how to tell if the amount of time your horse spends lying down is normal. 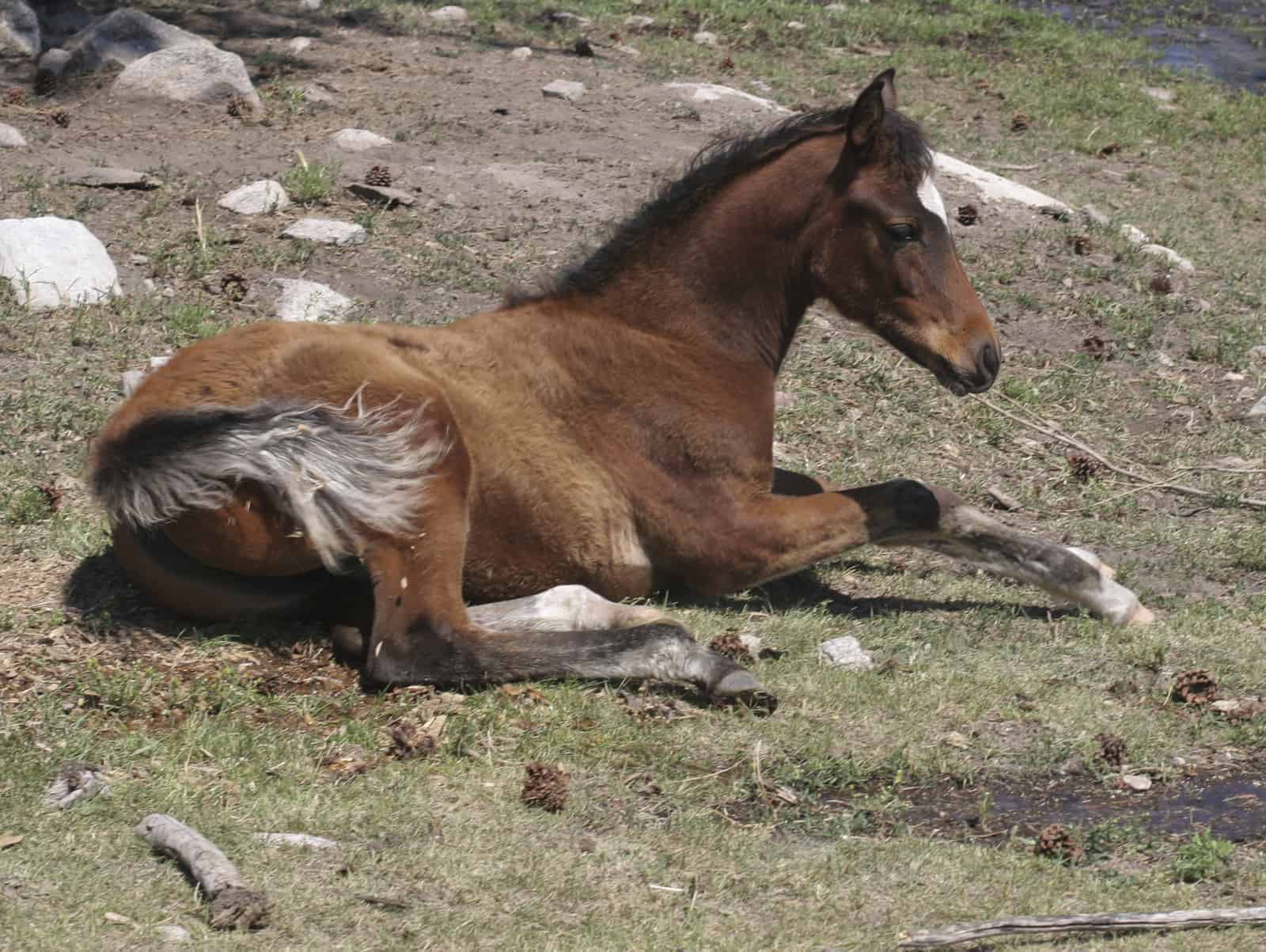 Q. Why do horses lie down?

A. Lying down behavior in horses is a completely normal part of sleep. Horses are polyphasic sleepers, which means they have multiple, discrete sleep episodes in a 24-hour period. Time budgets show that horses spend one to three hours (adding up all sleep episodes) in a 24 hour period lying down, in both sternal (upright) and lateral (flat on side) recumbency. Differences are seen according to feeding and turnout management (horses tend to lie down less in constant turnout). We also know that foals spend more time recumbent and that gradually decreases as they age.

A horse can rest or doze in a standing position because of the stay apparatus in both the front and hind limbs, which allows their legs to “lock” in place. Horses lie down during deeper sleep states. Rapid eye movement (REM) sleep absolutely requires a horse to lie down. During REM sleep, while brain activity is actually increased, muscle tone is greatly diminished. Because of this loss of muscle tone, REM sleep in horses only occurs during lateral recumbency, or when a horse can lie in sternal and lean heavily against something. Horses spend only about a total of an hour in REM sleep over a 24 hour period.

Horses that don’t lie down and aren’t experiencing deep sleep might exhibit signs of sleep deprivation. A sleep deprived horse could repeatedly get very drowsy then collapse to his knees and suddenly wake back up (Dr. Joe Bertone [DVM, MS, Dipl. ACVIM] has studied this). Owners might not witness this behavior, but they might see unusual trauma to the knees and ankles. Some horses that are in musculoskeletal pain seem to resist lying down. We believe this is because of the additional pain or stress on legs with getting up and down. A horse might not lie down because he’s uncomfortable or insecure in his surroundings—lying down is a much more susceptible position for a prey animal. A new social situation or an unsatisfactory surface underfoot might also make a horse reluctant to lie down.

Alternatively, when a horse lies down for an excessive amount of time he could be suffering from a physical abnormality. Colic episodes can include a lot of rolling, but I have seen many colicky horses that just lie quietly. Musculoskeletal pain also might cause a horse to lie down. In my experience this is not with a single leg lameness but rather something more profound that affects multiple limbs, such as laminitis. Generalized weakness and incoordination associated with some neurologic conditions might also cause a horse to lie down excessive.

If you believe your horse is lying down too much or not enough, it might pay to put him under surveillance. You can review a 24-hour recording on high-speed and slow the video down during all his sleep episodes and get qualitative and quantitative data to compare to what’s normal or expected. Just be aware that if you must change your management for recording purposes you might also cause a change in rest and sleep behavior.

What sleep behaviors have you observed in your horses?