Study Sheds New Light on the Origins of the Modern Horse

Researchers found that Przewalski’s horses, which were believed to be the last truly wild horses, are actually the feral descendants of the first horses ever domesticated. 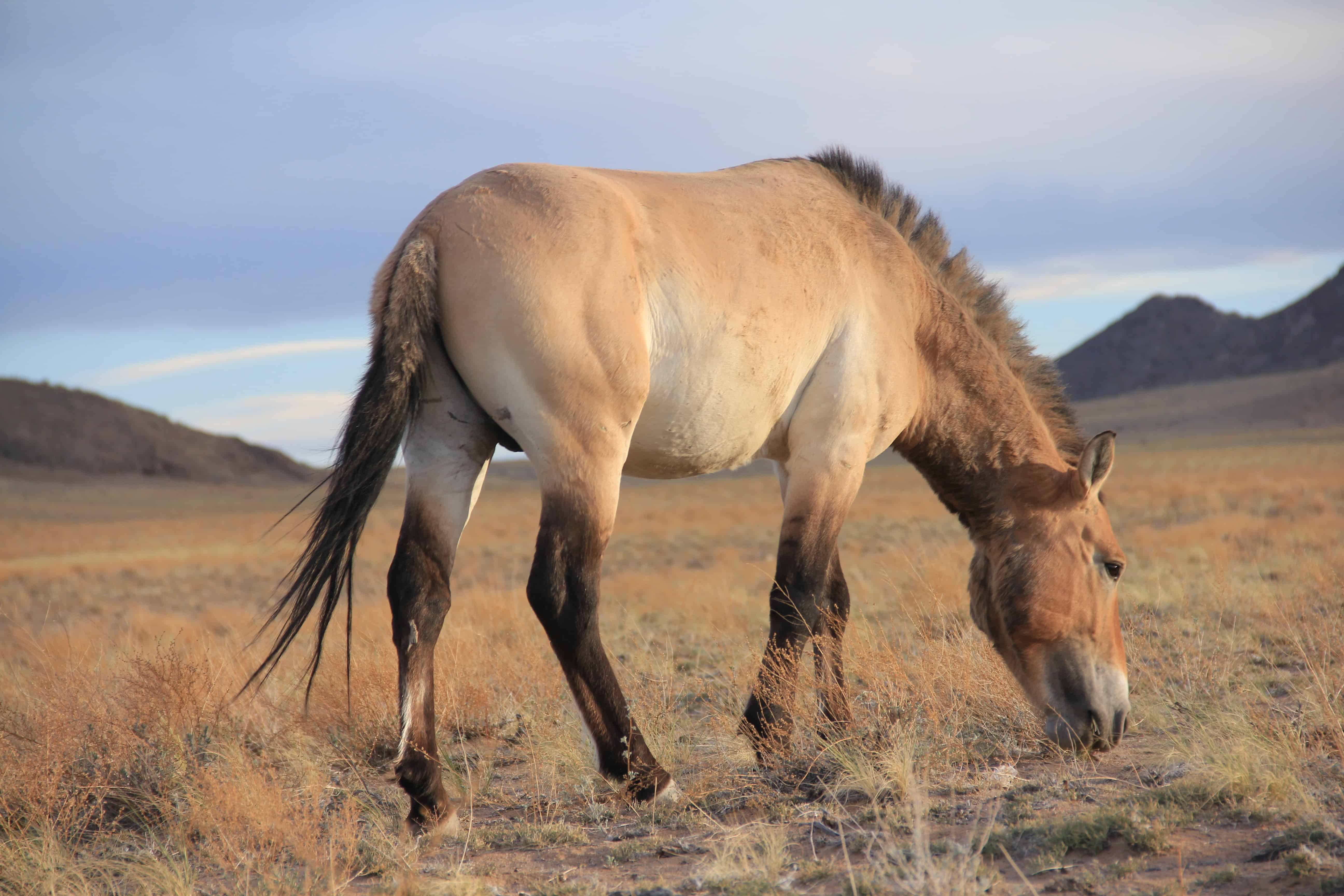 Only a few key changes have revolutionized human history, and the domestication of the horse is one of them. Horseback riding allowed humans to travel well above our own speed, spreading genes, diseases, and culture over vast geographical regions. The development of cavalry was paramount to the battlefield for years, and many conquerors—such as Alexander the Great and Genghis Kahn—are remembered as exceptional horse masters, and some of their horses, such as Bucephalus, are no less legendary.

The earliest archaeological evidence of horse domestication comes from some 5,500 years ago in the steppes of Central Asia, where the Botai people associated engaged with the horse like no one before. Past research suggested that all modern domestic horses descend from the horses that were first domesticated at Botai and that only one population of truly wild horses survived: the Przewalski’s horse, native to the Mongolian steppes. However, a new international study led by Ludovic Orlando, PhD, has revealed that that it is unlikely to be the case, changing the current view on the origins of modern horses.

“There is a lot of evidence in the archaeological record demonstrating that Botai horses were husbanded”, says Alan Outram, BA, MSc, PhD, MCIfA, FSA, professor of archaeological science at the University of Exeter, in the U.K.

Outram and Victor Zaibert, PhD, carried out archaeological excavations at Botai for over two decades and have discovered unambiguous signs of domestication. Some of the horse teeth excavated show traces of bit wear, suggesting that at least some of the horses were harnessed. Isotopic analysis of the fat residues in pottery shows evidence of horse milking.

“It is not just horsemeat that Botai people consumed, but also mare’s milk,” added Outram.

Additional excavation work carried out as part of the new study suggests the Botai people built corrals to keep horses in numbers, close to their habitations.

“It was essential to Botai people to manage the horse resource as it provided the basis of their subsistence strategy,” he said. “Probably horses were even first domesticated at Botai because horse riding somehow facilitated horse hunting.”

With compelling evidence supporting domestication and a geographic location within the steppes of Central Asia, a natural environment for the animal, Botai horses were often assumed to be the source of all domestic horses. So when Orlando’s research team embarked on sequencing Botai horse genomes they aimed at characterizing the genome sequence of the ancestors to all modern domesticates.

“Horse breeders have considerably transformed the horse during history, especially during the last few centuries with the development of intensive selective breeding,” said Orlando, professor of molecular archaeology at the University of Copenhagen, in Denmark, and research director at the University of Toulouse CNRS, in France. “It is thus almost impossible to reconstruct early stages of horse domestication by looking at the genome of modern horses.”

In a recent study, his team reconstructed the genomes of Scythian horses and clearly established that the genome of the animal has been dramatically modified during the last 2,000 years. This time, by targeting the Botai horses, the team aimed for a deeper time travel, some 5,500 years ago.

“Sequencing the genomes of the earliest domestic horses would catch evolution red-handed at the time we first tamed wild horses,” Orlando said. “It would thus reveal the biological changes underlying the process of animal domestication as it started.”

A Feral Horse After All

Analysis of the genome data, however, revealed an extraordinary finding, Orlando said. Rather than being the source of modern domesticates, the Botai horses appeared to be the direct ancestors of another group of horses that lived in Kazakhstan some ~5,000 years ago and of Przewalski’s horses. This means the latter, which were taken to be the last wild horses in the planet since their first discovery in the 19th century, actually represent the feral descendants of the first horses ever domesticated.

“Our findings literally turn current population models of horse origins upside-down: what we used to understand as the last wild horse on earth is in fact the descendant of the earliest domestic horses, which simply escaped human pressure and became feral during the last few millennia,” Orlando said.

The study takes advantage of the extensive genome dataset produced to identify the genomic changes underlying this feralization process. One such changes affects a variant of the TRPM1 gene involved in leopard spotting, which used to be present amongst Botai horses but was eliminated from the Przwewalski’s horse gene pool. As such a variant is also associated with color night blindness, it is likely that it could only be artificially maintained by human herders but was rapidly lost by natural selection after the horse turned feral.

“Ironically, we used to think that the endangered population of Przewalski’s horses should be preserved as the last wild horses in the planet,” said Charleen Gaunitz, one of two PhD students in Orlando’s team. “We now find that they must be preserved as the closest descent of the earliest domestic horses.”

In addition to revisiting the evolutionary origins of Przewalski’s horses, the study also revealed that Botai horses are not the ancestors of modern domesticates. Instead, their origin must be sought in other ancient populations.

“With the genome data that we currently have, it is impossible to locate the source that gave rise to the modern horse,” said Orlando.

What is clear, though, is that none of the ancient Eurasian horses that the team has analyzed so far within the last 4,100 years relate to Botai horses. Patterns of mitochondrial DNA variation also indicate that the horse population expanded drastically between ~4,100 and ~5,000 years ago. This suggests that humans somehow encountered and developed a new type of horses at that time, and that this horse became extremely popular and perhaps even facilitated the expansion of human populations.

“We are looking at a series of candidate places that are known sources of major human expansions in the third millennium BCE,” said Orlando.

Interestingly, the earliest fossils presently sequenced of this new horse type come from Hungary, Romania, and the Pontic Caspian steppe. The team now thus does not dismiss a possible origin outside Central Asia.

“This work clearly illustrates the power of harnessing ancient genome sequencing,” said Antoine Fages, the second of Orlando’s PhD students. “It really allows us to discover a series of key evolutionary processes that have left little signature in the genomes of living populations.”

Orlando added, “Ancient genomics just rejected Botai as the ancestors of modern domesticates. We are confident that ancient genomics will soon help identify the tempo and locus of horse domestication.”

The study, “Ancient genomes revisit the ancestry of domestic and Przewalski’s horses,” was published in Science.

This work was supported by the European Research Council, the Villum Fonden miGENEPI, the Danish Council for Independent Research, Natural Sciences, and the Initiatives d’Excellence Chaires d’attractivité, Université de Toulouse. It involved the contributions from an international team of 47 researchers across 28 institutions.