Both NSAIDs induced GI tract inflammation, but phenylbutazone might result in more severe inflammation in the lower GI tract. 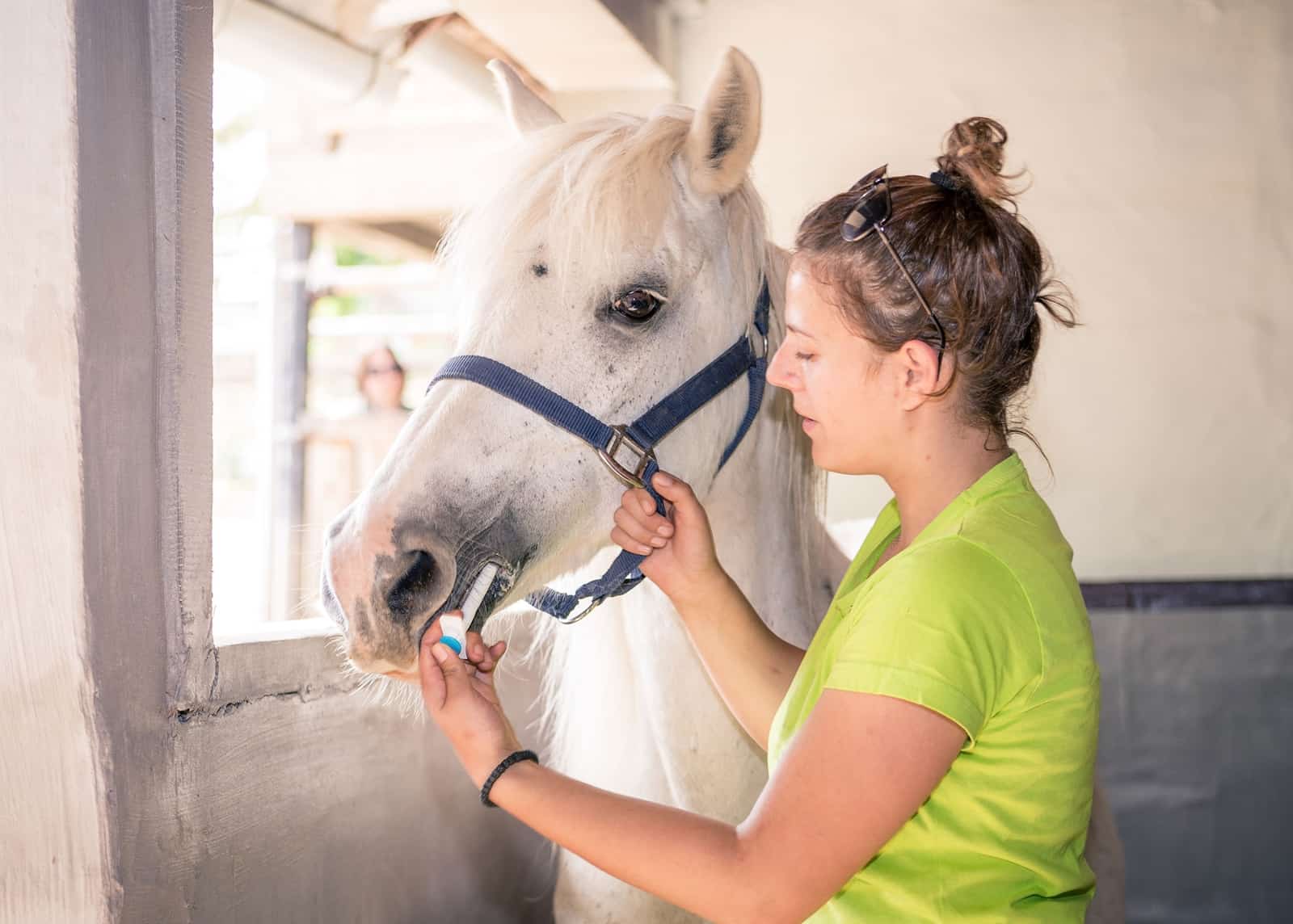 Non-steroidal anti-inflammatory drugs (NSAIDs) are the second-most frequently used drug class in horses after dewormers. Veterinarians prescribe them for a wide range of issues ranging from post-surgical recovery to orthopedic issues. While they’re invaluable for managing horses’ pain, one of their side effects is gastric ulcers.

A group of researchers from Texas A&M University recently compared two types of NSAIDs’ effects on gastric ulceration in horses. Lauren M. Richardson, DVM, a resident in large animal surgery at the College of Veterinary Medicine and Biomedical Sciences, presented their findings at the 2017 American Association of Equine Practitioners convention, held Nov. 17-21 in San Antonio, Texas.

These drugs work by reducing prostaglandins–chemicals in the body that promote inflammation, pain, and fever. Prostaglandins are produced by enzymes called cyclooxygenases (COX), of which there are two main types: COX-1 and COX-2. COX-1 is a constitutive enzyme, meaning that it is “on” most of the time, performing functions such as protecting the stomach lining and promoting blood clotting. COX-2, on the other hand, is an inducible enzyme produced under certain circumstances in response to cytokines (inflammatory mediators), resulting in inflammation, pain, and fever.

Richardson’s team compared the effects of firocoxib (a COX-2-selective NSAID) and phenylbutazone (a nonselective NSAID) on gastric ulceration in adult horses. They used fecal myeloperoxidase (MPO, a protein released during acute inflammation) as a marker of lower GI tract injury.

In looking at the results, horses in both treatment groups had significantly higher squamous gastric ulceration scores (in the upper region of the stomach) than the horses in the control group at Day 10. Similarly, both treatments resulted in significantly more ulcers in the glandular (bottom) portion of the stomach than in controls. However, said Richardson, on Day 10 horses receiving phenylbutazone had significantly more severe glandular ulcers than the horses given firocoxib.

She also noted that fecal MPO increased with both treatments but was only statistically significant in the horses given phenylbutazone. Because MPO is derived from neutrophils, the type of white blood cell involved in NSAID-induced intestinal injury in other species, these results suggest that GI disease caused by administration of NSAIDs is neutrophil-driven in the horse, said Richardson.

So while both phenylbutazone and firocoxib induced GI inflammation and injury, glandular ulcers were more severe and fecal MPO levels greater in the horses receiving phenylbutazone. These results suggest that firocoxib’s effects were less severe, said Richardson. Beautiful 2 year old Clara is now available for adoption by an experienced horseman/women who wants to bring up a…
08/12/2022
Total views: 2308