Horse Tendon and Ligament Mineralization: Cause for Concern?

Tendons and ligaments are meant stretch and flex. So it must be bad news when hard material forms within them, right? Not necessarily, researchers say. 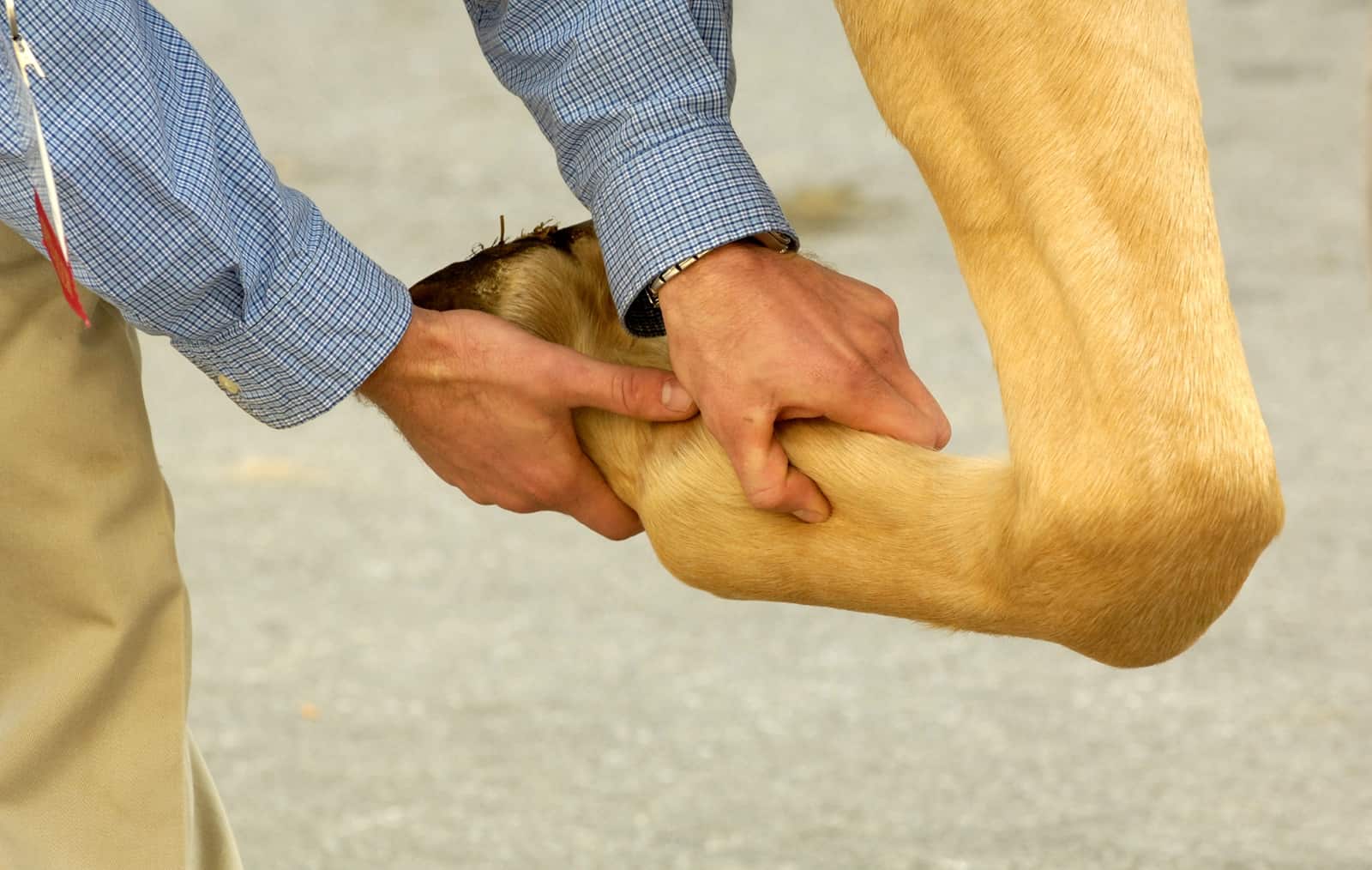 Tendons and ligaments are meant to be soft tissues. They’re meant to stretch and they’re meant to flex. Sometimes, however, they essentially harden—this horse tendon and ligament mineralization occurs when hard material forms within the structure. This must be bad news, right? Not necessarily, researchers say.

“Our study has shown that mineralization can be present and not cause lameness,” said Etienne O’Brien, BVM&S, Cert VA, Cert EP, PhD, MVM, MRCVS, of the University of London’s Royal Veterinary College, in the U.K.

Ina recent study, O’Brien and Roger Smith, PhD, DEO, FHEA, Dipl. ECVS, FRCVS, also of the Royal Veterinary College, looked at tendon and ligament mineralization in 27 cases presented to their hospital over the past 20 years.

Sometimes a local anesthetic block placed in the affected area made the lame horse sound; other times, it did not. And in other cases, mineralization preceded development of more severe ultrasonographic signs of injury.

Their ultrasound examinations didn’t help them determine which cases of mineralization were likely to be related to lameness and which weren’t, O’Brien said. However, Doppler technology—which shows blood flow rates as different colors—seems to give some interesting insight, which could be developed further through more research, he said.

“Examining for Doppler signal may help determine importance, although this is not something proven by our study due to small numbers,” he said. “However, it has been proven as a useful technique in affected human patients, and as we examine more cases we will test this hypothesis.”

It’s still not clear why mineralization occurs, O’Brien said. While there might be some association between previous injury and tendon mineralization, the connections aren’t well understood. And some clinicians have suggested that it’s related to steroid use, but that didn’t appear to be the case for the horses in the current study, he said.

“The (mineralized) material is hard, but we don’t know if it is always or sometimes granular (grainy) or in larger lumps,” O’Brien said. “In human tendons both have been described. We don’t know where it is coming from, but it is most plausible that is it produced by cells in the tendon.”

Fortunately, mineralization can reduce in size, especially in the suspensory ligament branches. “And in the future, with greater understanding, it may be appropriate to adopt some of the treatments used to resolve tendon mineralization in humans in selected equine patients too,” he said.

In the time being, however, it’s important to be aware of what mineralization could mean on a practical level, and to know how to diagnose it.

“Mineralization is reasonably common, and it can be bilateral,” O’Brien said. “Using off-incidence ultrasound images may help identify it.

“But mineralization is not invariably a contributor to lameness,” he continued. “So keep an open mind and look for other lesions, also.”

The study, “Mineralization can be an incidental ultrasonographic finding in equine tendons and ligaments,” was published in Veterinary Radiology and Ultrasound.