In a recently published study, researchers suggest horses still have all five digits, they’re just in various forms of development. 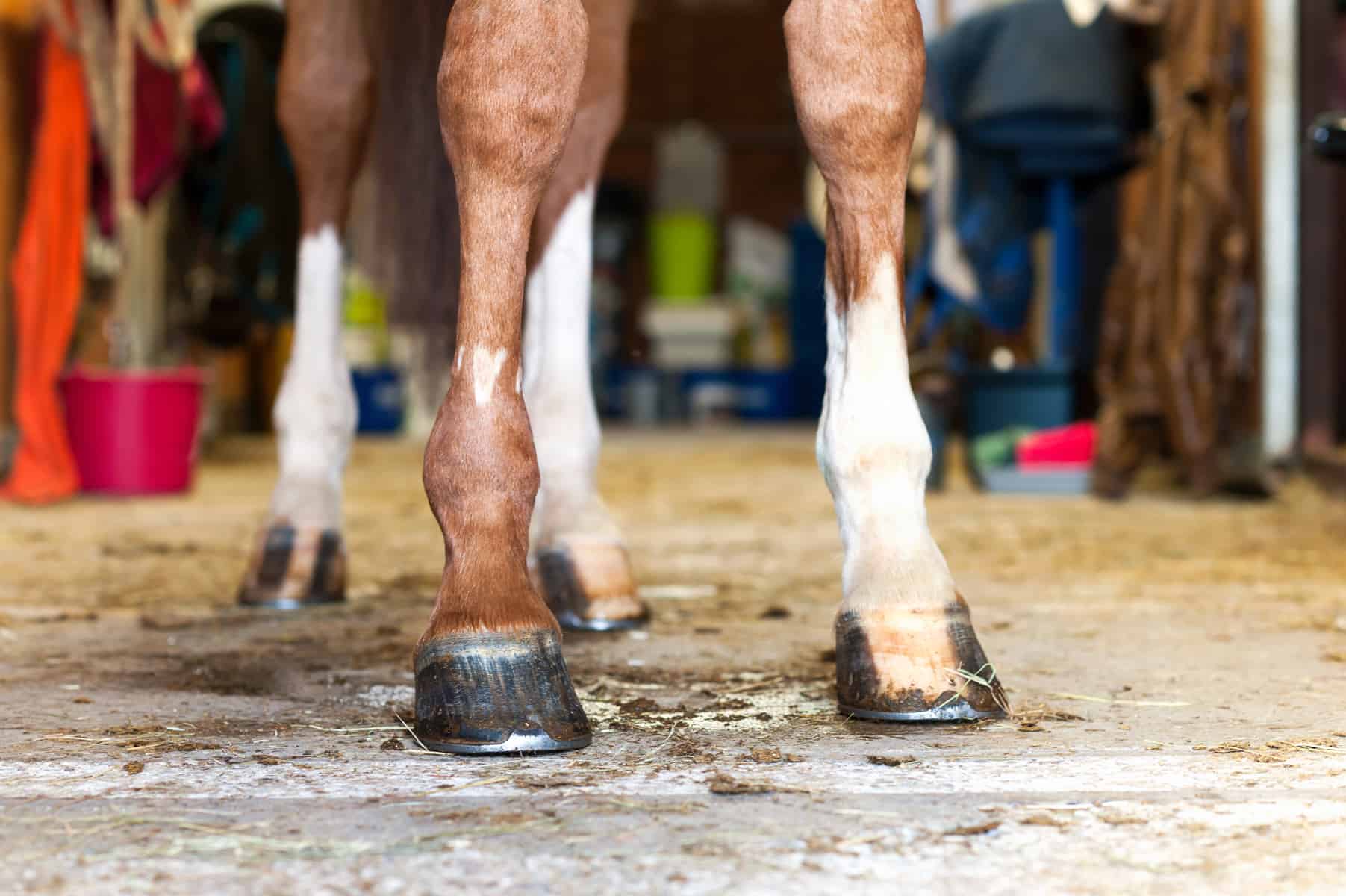 Horses evolved from five toes, to four toes, to three toes, and eventually to a single toe that’s embedded inside the hoof. Right?

Not necessarily. Researchers at New York Institute of Technology College of Osteopathic Medicine (NYITCOM) recently published a study in which they suggest horses still have all five digits, they’re just in various forms of development. And this theory of digit “reduction,” they say, is more in line with evolution in general.

“Evolution is creative without loss of structures, so that structures (like toes) are usually modified but not entirely lost,” said Nikos Solounias, PhD, paleontologist and anatomy professor at NYITCOM, in Old Westbury, New York. “That’s the more common pattern. Complete loss is rather atypical in evolution.”

Scientists have long suggested that the one remaining toe—starting at the knee or hock and ending at the hoof with its “toenail” (the hoof wall)—is the third (middle) toe, which survived the steps of evolution to modern times. The second and fourth toes, as it’s generally agreed, became the splint bones on either side of each cannon bone. But the first and fifth toes, despite being genetically programmed to exist, supposedly just get reabsorbed during the embryonic development process.

However, Solounias and colleagues say those first and fifth toes don’t get reabsorbed and are still there in modern adult horses. They’re just in forms that we wouldn’t necessarily have recognized.

The first and fifth toes evolved into what we now know as the “wings”—the palmar and plantar processes—of the coffin bone, Solounias said. These bones “stick out” from the sides of the coffin bone toward the back and are subject to fracture during kicks or extreme use of the foot. It was the appearance of these wings that first inspired Solounias to suspect they might be part of the “disappearing digit” mystery.

“I was looking at the wings of a specimen and thought they looked like little hooves,” he said. “And then I thought, ‘What if they are?’”

Additionally, he said, toe remnants are visible on the bottom of the hoof, as well. Specifically, he said, the frog’s V shape represents the bottom part of toes two and four, while toes one and five appear in the form of the ridges along the sides of the frog.

These ideas aren’t guesswork—even if they were originally “inspired by imagination,” Solounias said. They’re the result of dissection and analyses of the limbs of early equine fetuses. By studying these developing feet, Solounias and NYITCOM student researchers were able to identify the “starting” structures of the five digits in their near-embryonic form. They could then trace those structures over to where they show up in the “finished” horse.

“The foot of the early embryo looks like a closed tulip with five petals that could open up later in the future,” Solounias said. “Those petals are the fingers, or toes, and they start closed. In the modern horse, they just never open. And the position of the frog is where those ‘embryonic fingers’ would be. The modern horse foot looks embryonic.”

Multiple-toed ancestors of the horse had less embryonic feet, as their “petals” would open into clear toes, he added.

To support their theory further, the research group counted and identified nerves, blood vessels, and arteries that would be attributed to a limb with five digits, he said. An animal with fewer digits wouldn’t have the same number of these supporting structures that the modern horse has. The nerves, blood vessels, and arteries are still designed to accompany each individual digit of a total of five digits.

While the four nearly missing toes might appear to be useless, their purpose might just be unclear to us, said Solounias. “There are numerous remnants in every animal and human,” he said. “As for the extra horse toes, we don’t know the role of these remnant structures in the real function of the horse. It could be more for the sensation from the nerves of the five digits and their relation to the brain than actual locomotor mechanics.”

Still, it’s important to not dismiss these structures as having disappeared, Solounias added. “Just because something seems useless doesn’t make it not exist,” he said. “We’re seeing things from a different perspective, and it’s important to understand how evolution worked to lead us to the modern horse.”

The study, “The evolution and anatomy of the horse manus with an emphasis on digit reduction,” was published in Royal Society Open Science.