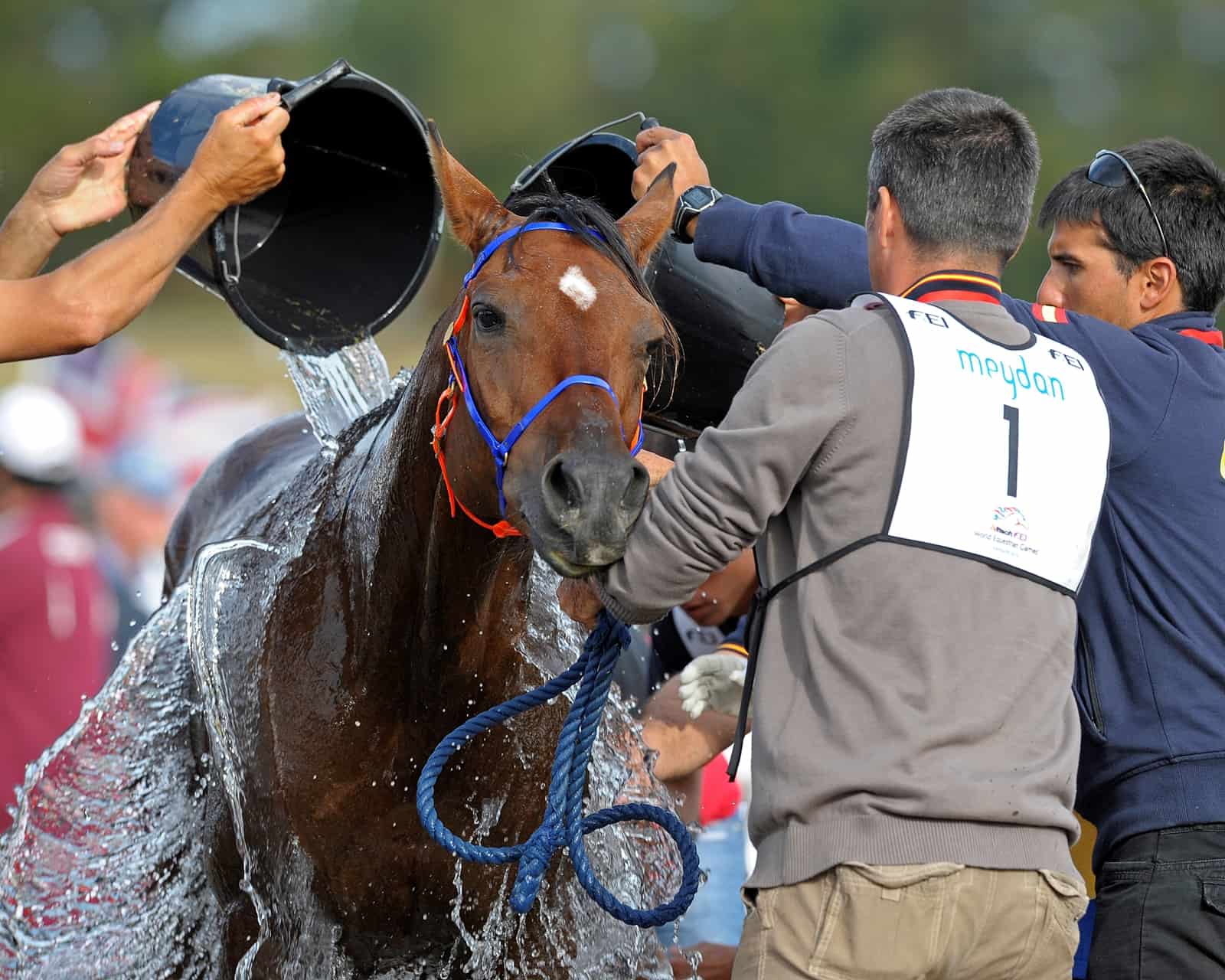 If your endurance horse is a stallion, older than 9, and competing in a ride against more than 60 other horses, he’s at increased risk of being eliminated from the race due to lameness at an obligatory veterinary check. And if you, the rider, are male, the risk is even higher.

That’s one of the main findings from a recent study in which researchers in the U.K. investigated risk factors for vet check failures in endurance horses. Their recent study focused on data from all Fédération Equestre Internationale (FEI) endurance events held worldwide from 2010 and 2015—nearly 83,000 starts.

Meanwhile, a race distance of more than 100 kilometers (about 62 miles) is associated with an increased risk of vet check failure due to metabolic issues such as cardiac problems, high temperatures, or respiratory distress. Having a male rider increases the risk of a metabolic issue during a race by 82% compared to female riders, said Euan David Bennet, PhD, research associate in the Weipers Centre for Equine Welfare in the School of Veterinary Medicine at the University of Glasgow, in Scotland.

Geographic regions also played a role, with rides in Northern and Eastern Europe elevating the risk for failing vet checks due to lameness, and rides in North Africa and the Middle East doubling the risk of failure due to metabolic issues.

Ride speed was a critical risk factor, as well, Bennet added. However, it was such a complex factor that the researchers chose to carry out a separate risk assessment study on speed. These two studies are the first in a series of epidemiological studies analyzing FEI endurance ride data, Bennet said.

Bennet said his goal with the survey was to “provide useful, actionable results to improve equine welfare,” he said. Following numerous veterinary issues during endurance rides, his colleague Tim Parkin, BSc, BVSc, PhD, DECVPH, MRCVS, suggested that such a project would be beneficial to equine welfare. The FEI rapidly approved the idea, and so began the ongoing research collaboration between the international governing body and the University of Glasgow, Bennet said.

Knowing these risk factors can help veterinarians, riders, and trainers make informed decisions to safeguard endurance horse welfare, said Bennet. That doesn’t mean people can change certain things—such as sex of the rider or horse, for example—but rather pay attention to the elevated risks.

“Some of the risk factors are obviously unmodifiable,” he said. “But organizers, trainers, riders, and vets can take these factors into account for the horses in their care. The first step is making sure the people involved are aware of the risk factors that apply to endurance horses so that they can potentially make more informed decisions about which rides to enter.”

Bennet, whose background is in astrophysics, joined the project as a scientist with “no preconceived notions, which is as it should be,” he said. “We let the data speak for itself.”

The study, “Fédération Equestre Internationale endurance events: Risk factors for failure to qualify outcomes at the level of the horse, ride and rider (2010-2015),” was published in The Veterinary Journal.