Managing Horse Wounds: To Bandage or Not to Bandage?

Ah, the age-old question: When managing horse wounds, should you wrap them or let them “air out”? Researchers are working to determine whether bandaging or not bandaging is a better option and in what circumstances. 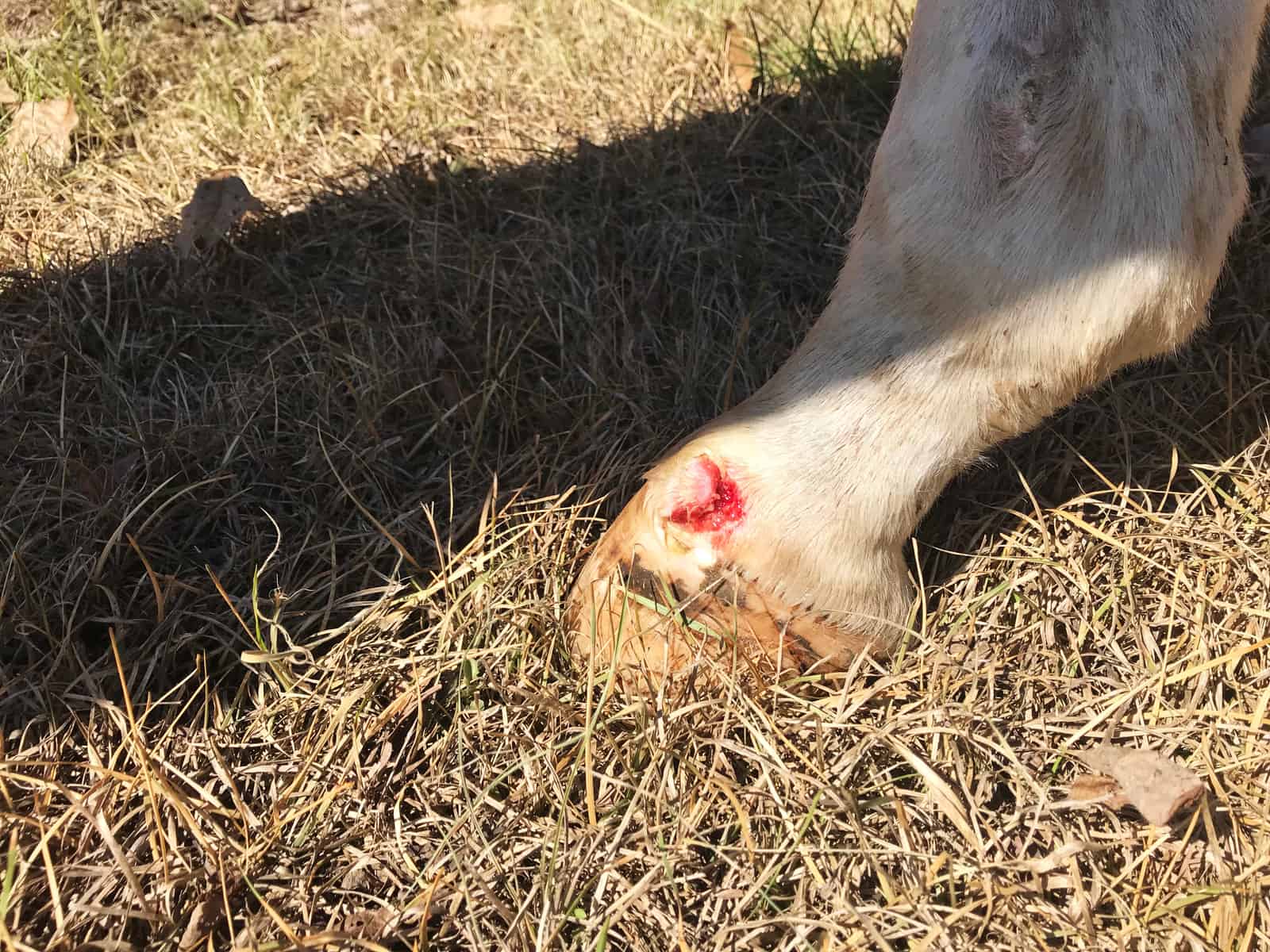 Ah, the age-old question: When managing horse wounds, especially superficial ones, should you wrap them or let them “air out”?

While, in the past, the course of action you took might have come down to personal preference (maybe you’ve had good luck leaving it be or keeping it wrapped), wound location (not all are easy to bandage), or other extenuating circumstances (raise your hand if you’ve ever run out of Vetrap), researchers are working to determine whether one option is better for managing horse wounds.

“There’s still a long way to go before we can make recommendations about what’s better, but at this stage we’ve been able to complete a descriptive study, showing what’s going on in these wounds during healing,” said Marcio Costa, DVM, PhD, an assistant professor in the University of Montreal Department of Veterinary Biomedical Sciences, in Canada.

He and colleagues recently evaluated the wound-healing process in four study horses, with and without bandaging, as well as the types of bacteria colonizing those wounds.

The most reliable way to compare how wounds heal and bacteria develop in them is to have standardized wounds on each horse, said Christine Theoret, PhD, DMV, Dipl. ACVS, director of the university’s Comparative Veterinary Tissue Healing Laboratory. So, with the horses under sedation and local anesthesia, the researchers created square lesions on each horse:

The researchers bandaged one of the two front leg wounds on each horse and changed the dressing every two to three days for the first four weeks to study the effects of bandaging.

Bandaged leg wounds didn’t necessarily heal better or faster, but they did follow a different path than unbandaged wounds. Because all the bandaged wounds developed exuberant granulation tissue (soft, inflamed, moist tissue also known as proud flesh), they took about a week longer to heal than the unbandaged ones. Meanwhile, the team said, bandaging did seem to keep additional environmental bacteria from contaminating the wounds. Whether that’s advantageous in the long run is yet to be explored, they said.

As expected, the leg wounds took longer to heal than the body wounds: Unbandaged leg wounds took an average of 83 days to heal, compared to body wounds (all of which were unbandaged) healing in an average of 62 days. This could be because of the differences in bacteria present, but there’s probably much more to it than that, said Theoret, and “the reason for this requires a very long explanation.”

But, essentially, limb and body wounds have physiological differences that help explain why the former take longer to heal than the latter. For instance, she said, limb lacerations have a longer inflammatory phase (excessive inflammation can delay healing), poor contraction (the better the contraction, the smaller the scar) and epithelialization (when new skin cells close the wound), and tend to develop more proud flesh than body defects.

Meanwhile, the team said, all the wounds developed bacteria colonies, but the kinds and amounts of bacteria varied significantly depending on location on the body and whether they were bandaged.

The effects of these differences in managing horse wounds need further study, but knowing what kinds of bacteria frequent each site and their abundance—especially with repetition in four horses—is a very useful start, they said. It also allows them to form hypotheses they can explore in future testing.

“For example, we can imagine that the limb microbiota is different from that in the thorax because it is closer to the ground, but we would need to evaluate the ground bacteria to prove that,” Costa said.

Additionally, they said, genetics research on the bacteria revealed a number of unknown strains. While there’s a chance this could be a processing error, it’s more likely that the researchers stumbled across a series of “yet undiscovered” bacterial strains in equine skin wounds, Costa said.

“We believe these really are unknown bacteria because we have used the same methods in many other studies and never had this situation,” he said. “The next step is to culture those bacteria to confirm our findings and to find out what they are exactly.”

The study, “Use of next generation sequencing to investigate the microbiota of experimentally induced wounds and the effect of bandaging in horses,” was published in PLOS One.

If you are interested in adopting this horse, please submit an Adoption Inquiry via AAE's website; No texts please.: www.allaboutequine[dot].org/how-to-adopt.html.…
01/13/2023
Total views: 185