A new study by French scientists suggests that allowing foals and their dams to wean at their own pace could be a more welfare-friendly breeding strategy than traditional methods. 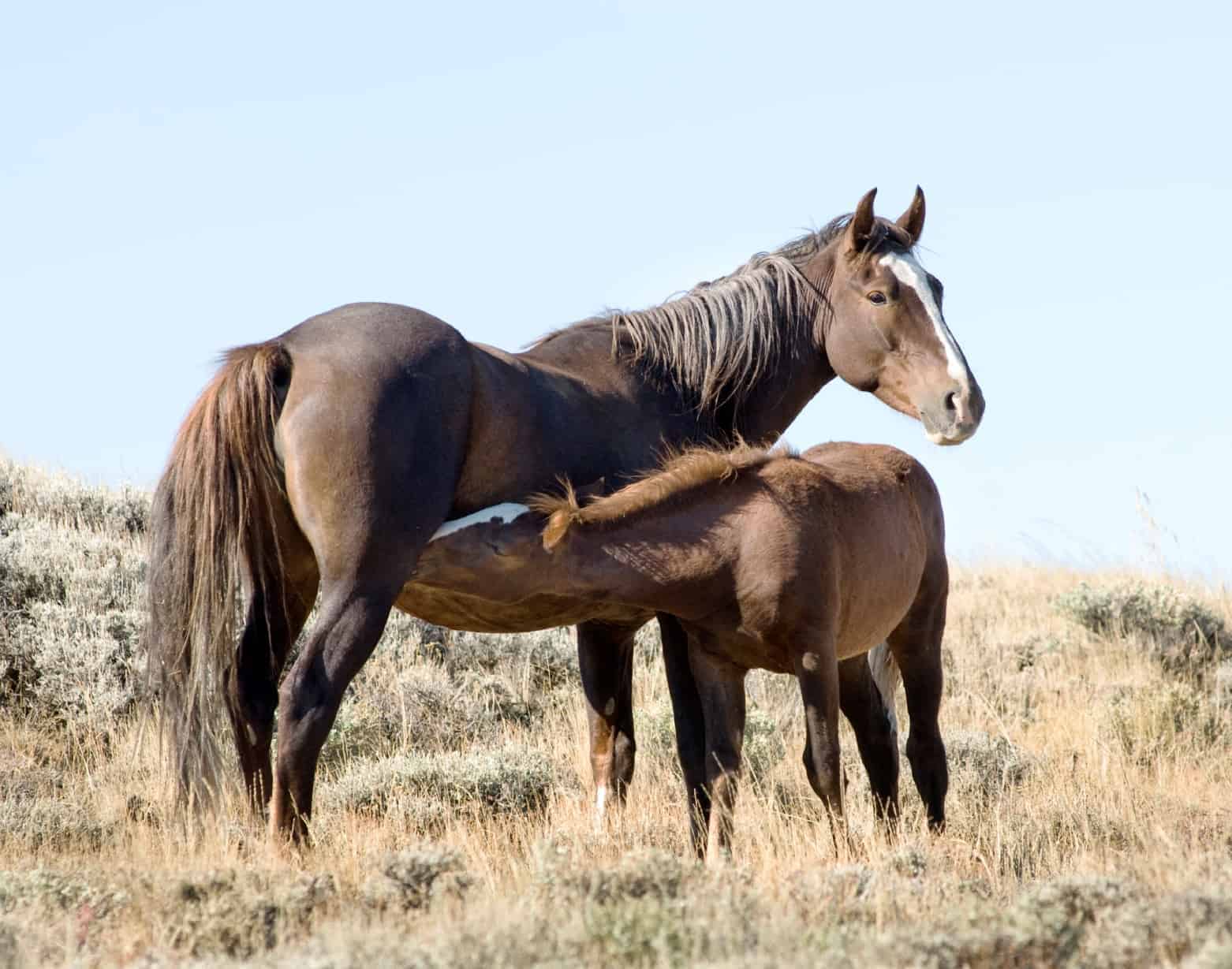 A new study by French scientists suggests that allowing foals and their dams to wean at their own pace could be a more welfare-friendly breeding management strategy than traditional methods. Artificial weaning—separating the mare from the foal about six months after foaling—might cause stress levels that could be avoided by using a more natural weaning approach, the scientists reported.

“It might seem impractical to some breeders to allow foals to naturally wean from their mothers, but the potential benefits could be worth considering,” said Séverine Henry, PhD, lecturer of animal behavior at the University of Rennes, in France.

One reason for this is the strong social bond between the mare and foal, Henry said. “The mare-foal relationship isn’t just about food; the social aspects are important, as well,” she explained.

These aspects are present in many mare-foal relationships well after the foal has stopped nursing. “It appears that (foals recently weaned from suckling) still need that social contact with their mothers, and some need it more than others, staying closer for longer,” she said.

In their study, Henry and her fellow researchers observed 16 mare-foal couples in three groups of free-roaming Icelandic Horses in Iceland. The mares—who were all pregnant again—lived with their weanling foals and their yearlings from the previous year.

Compared to standard practices of artificial weaning in horse breeding, which occurs between four and seven months of foal age, spontaneous weaning in the study herds occurred between 7.7 and 10 months of foal age. The overall average “natural” weaning age was nine months, but each dyad (mare-foal couple) had its unique timing. Depending on the dyad, that weaning occurred anywhere from 1.9 to 4.6 months before the new foal was born, Henry said. Weaning age didn’t seem to be related to the dam’s age but to currently unknown factors, she added.

The Icelandic mares maintained “optimal” body conditions of 3/5 throughout the study, grazing on pasture with supplemented hay (in winter), the researchers reported. The Icelandic breed’s hardy nature could have been a contributing factor, Henry explained.

Interestingly, said Henry, the foals didn’t gradually decrease their suckling frequency in the last few weeks prior to spontaneous weaning. And contrary to previous suggestions by other scientific groups, the mares didn’t show increased aggression toward their foals as weaning approached. This might infer that it’s the foals who “choose” to stop suckling, rather than the dams preventing them from doing so, she said.

“This combination really gives the impression that it’s the foal who just decides to stop nursing at some point, at least for some dyads,” said Henry.

On a social level, mares generally preferred the company of their young foals over that of other horses in their group, including their yearlings, throughout the study, the researchers said. Likewise, the young foals usually preferred their dams’ company from birth until a few weeks after weaning. Even when they were no longer suckling, they spent about as much time near their dams as when they were still suckling, and they stayed just about as close (usually within a horse length).

The researchers observed no “frustration” (such as the dam trying to get the foal to suckle, or other foals trying to suckle) or distress behaviors (increased locomotion, aggressiveness, etc.) in either partner of the dyad.

“These results thus suggest that the main source of stress in artificial weaning is rather the abrupt rupture of the dam-foal bond than the cessation of suckling,” the scientists reported.

An Opportunity for Change

“We now have a better scientific base of knowledge about weaning in horses,” said Henry. “Based on that knowledge, we can start to question the pertinence of artificial and precocious weaning in equine breeding programs, especially for smaller farms.”