Equine practitioners must be familiar with the signs of abuse, its various forms, and their role in preventing it. 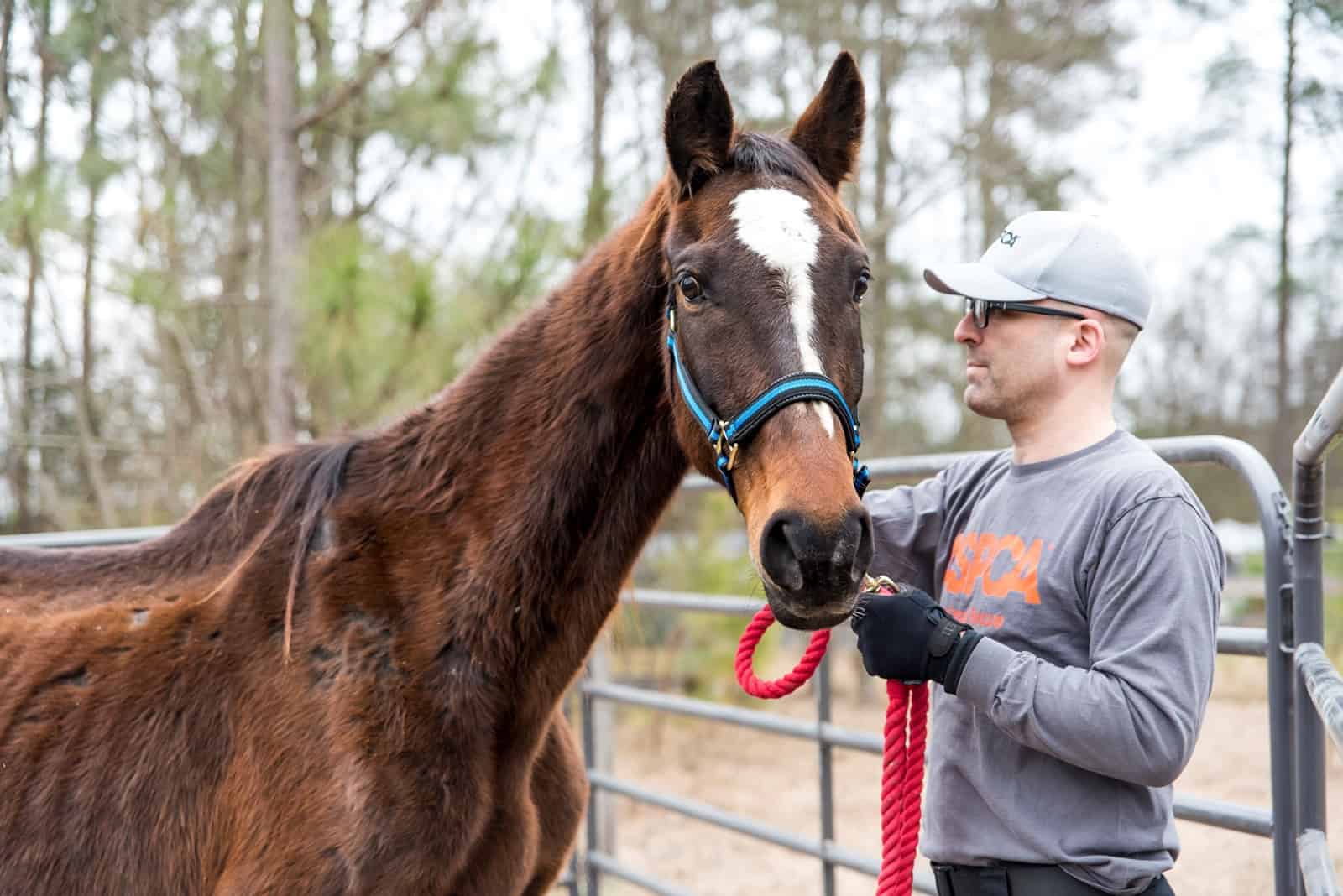 Sadly, some veterinarians come across suspected cases of equine abuse during their daily practice. For this reason, it’s important for practitioners to be familiar with the signs of abuse, its various forms, and their role in preventing it.

Rachel Touroo, DVM, is the American Society for the Prevention of Cruelty to Animals’ director of veterinary forensics and works out of the University of Florida, in Gainesville. She has assisted with crime scene investigations in animal cruelty cases throughout the United States and described the importance of veterinary involvement in these cases at the 2016 American Association of Equine Practitioners Convention, held Dec. 3-7 in Orlando, Florida.

“Crimes against animals affect more than just animals,” she said. “There is a strong and established link between human violence and animal cruelty. Crimes against animals can be a warning sign of future violent acts, and individuals who witness animal cruelty can become desensitized to violence. Animal abuse may also occur in conjunction with other crimes such as domestic violence and the illegal sales of drugs and guns.”

The veterinarian’s role, therefore, is not just protecting horses, but potentially also humans.

Causes of neglect—which is the most common form of abuse, said Touroo—are many, including laziness, apathy, caregiver stress, underlying physical or psychological barriers, economic hardship (which has only been fueled by the large numbers of unwanted horses, said Touroo), and ignorance. Sometimes owners simply don’t understand these animals’ needs, she said, citing one case of malnourished donkeys in which the owner had been feeding them an apple a day because he thought that’s all they needed.

Recognizing equine abuse, however, is not always easy. “Veterinarians are not traditionally trained to identify features that raise the index of suspicion of animal abuse or signs consistent with or highly suggestive of abuse,” said Touroo. “In addition, veterinarians often fall into the trap of thinking that owners who care enough about their animals to provide veterinary care are unlikely to abuse their animals. This is simply not the case. The largest barrier to diagnosing abuse is the existence of emotional blocks in the minds of veterinary professionals. The most important step in diagnosing abuse is forcing yourself to think of it in the first place.” She shared some key signs that could be indicative of neglect, such as:

Intentional abuse Touroo said investigators see in horses can include blunt or sharp force trauma, burns, gunshot wounds, asphyxia, and poison. Veterinarians can overlook intentional abuse if they’re not attuned to subtle clues in the horse’s history and physical exam findings, said Touroo. Features she said should raise suspicion of intentional abuse might include:

So what should a practitioner do if he or she suspects equine abuse during a routine farm call? Touroo suggested doing a thorough physical exam of the horse(s), noting normal as well as abnormal findings; taking notes and photos (as allowable); asking questions; and providing treatment. Above all, she said, be safe, particularly if alone on the property.

Then the veterinarian should report his or her suspicion and findings to the appropriate authorities—animal control, humane law enforcement, police department, or sheriff’s office–which can vary between jurisdictions.

“Veterinarians should take a proactive response to reporting abuse and determine the appropriate authority to whom they should report prior to facing a known or suspected case,” said Touroo.

At this point, the case is in the authorities’ hands. “When reporting potential or suspected animal abuse, it is not the duty of the veterinarian to identify suspects or determine guilt or innocence,” she said. “Ultimately, the judge or jury decides guilt or innocence.”

If you are interested in adopting this horse, please submit an ‘Adoption Inquiry’ via our website: Allaboutequine dot org. No…
07/01/2021
Total views: 3933