The cases bring the province’s number of affected equine premises to three. 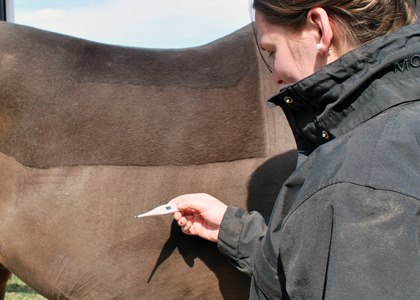 Ontario Ministry of Agriculture and Food (OMAF) officials have confirmed two more equines in the province with neurologic equine herpesvirus-1 (EHV-1). The cases bring the province’s number of affected equine premises to three.

In the Regional Municipality of Peel, an 18-year-old gelding was euthanized after he developed neurologic signs including severe hind-limb incoordination progressing to recumbency (down and unable to rise).

In the Regional Municipality of Niagara, a 7-year-old mare presented with difficulty urinating progressing to recumbency.

Both premises are under veterinary supervision, and managers at both farms have restricted movement and implemented enhanced biosecurity measures.