The equine herpesvirus-1 outbreak began at an FEI jumping competition in Valencia, Spain, with cases spreading to Belgium, France, and Germany. The FEI calls it “probably the most serious EHV-1 outbreak in Europe for decades.” 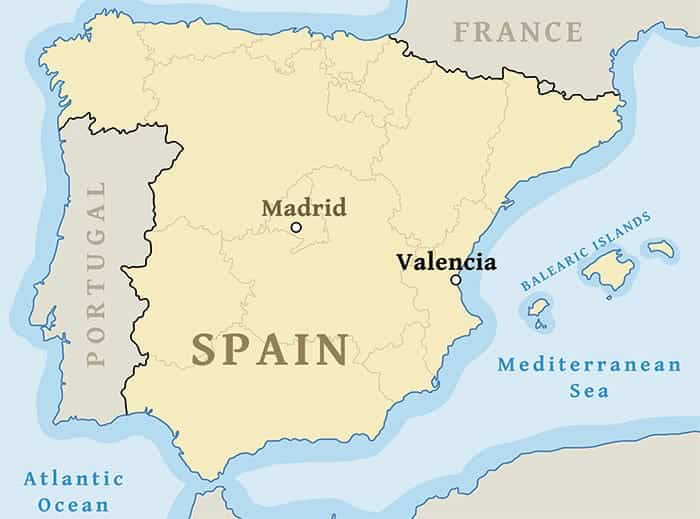 Six horses have died so far in a “distressing” outbreak of equine herpesvirus-1 (EHV-1, commonly known as “rhino” when causing respiratory disease) at an international show jumping venue in Valencia, Spain, according to the Fédération Equestre Internationale (FEI). More than 750 horses representing dozens of national federations might have been exposed.

Two horses died on-site at the showgrounds, two died in a Valencia veterinary hospital, one died in a Barcelona equine hospital, and one died in Germany after returning home from the event. Following strict quarantine orders to contain the epidemic—which the FEI has described as “probably the most serious EHV-1 outbreak in Europe for decades”—horses can no longer leave the venue until further notice.

Currently, 83 of the approximately 150 horses remaining at the venue are showing clinical signs of infection—primarily respiratory illness—and are undergoing treatment by more than 20 veterinarians now on-site to help with the crisis. None of the cases there require sling supports at this time, the FEI reported. An additional 15 horses are hospitalized in Barcelona and Valencia.

All FEI events in 10 European countries have been canceled through March 28, except a jumping tour that was already in progress in Spain, Portugal, Italy, and Belgium. “These specific tours will be allowed to continue as individual ‘bubbles’ on the condition that absolutely no new horses are allowed to enter the venues and no positive cases of EHV-1 are confirmed,” the FEI stated.

Veterinarians identified the first case in a French horse on Feb. 15 when the febrile (exhibited fever) animal returned home after competing at the Valencia venue, said Christophe Slotterer, DVM, a veterinarian at Bailly Equine Hospital, in Bailly-Romainvilliers, France. Slotterer is currently treating another horse, an 8-year-old mare, with neurologic signs at her home stable in Barbizon, an hour south of Paris. The mare, who appears in a video he filmed and shared widely on social media, is “making progress every day, but she isn’t out of the woods yet,” he told The Horse.

Describing his Feb. 27 video, which he shared to raise awareness about the severity of disease EHV-1 can cause, he stated: “This is just a three-minute rundown representing an entire week of endless combat to save this mare, one of the top 7-year-olds last year, now completely struck down since last Saturday when she came back from Valencia. I deeply admire the energy, devotion, and attention constantly given by her two owners … her rider … and everyone surrounding this little go-getter. I believe this is what will help save her.”

Although France has a few cases of EHV-1 every year—including a notable 2018 outbreak that affected half the 140 national police horses of the Garde Républicaine in Paris, leaving one horse dead—this doesn’t mean the Valencia outbreak originated from France, Slotterer cautioned. It’s equally possible that the first French horse acquired the virus at the venue from another horse coming from any of the participating countries. Excluding the cases coming home from Valencia, France is not having a higher rate of EHV-1 infections this year compared to previous years, according to the French epidemiological network for equine diseases (RESPE).

Details on the origins of the epidemic—which is causing a “much higher” percentage of neurologic cases than what France usually sees—remain unclear at the moment, said Slotterer. “Nobody knows who ‘brought’ EHV-1 to Valencia in their luggage,” he said. The FEI and a French epidemiologist at the venue did not immediately return requests for comment.

Unfortunately, many horses left Valencia infected with the EHV-1 strain before the veterinary authority in the Valencia region, Sanidad e Higiene Animal y Trazabilidad, ordered a quarantine of the venue in late February, the FEI reported. Officials suspect the virus has been circulating on the grounds since Feb. 1, and since that time, 752 horses have been at the venue and could have been exposed. Returning horses have fallen ill in their home countries of Belgium, Germany, and France—in the latter case, in four broadly separate regions of the country.

Two horses from Colombia and two from Germany left the Valencia venue in early February—before the FEI was notified of the outbreak—to go directly to another FEI jumping event currently being held in Qatar, the FEI stated. All four horses initially tested negative for EHV-1 two days after their Feb. 20 arrival for the Longines Global Champions Tour Doha, a five-star jumping competition at the Al Shaqab venue. But due to the Valencia outbreak, officials immediately placed these horses in isolation.

As of March 3, one German horse is now confirmed seropositive and has been taken to an isolation unit in a nearby veterinary clinic, along with the second German horse, whose test results are “inconclusive,” according to the FEI. The two Colombian horses remain at the venue in strict isolation from other horses.

Having set rigid biosecurity measures in place—including twice-daily temperature readings for all horses and the designation of different gates so horses don’t cross paths with each other—the FEI has opted to allow the Qatar event to continue, it announced yesterday.

“Epidemiologically, the risk of further cases amongst other horses in Doha is negligible due to the biosecurity measures that have already been put in place and the additional mandatory conditions agreed (March 3),” said FEI Veterinary Director Göran Akerström, DVM. “Obviously the situation will be monitored very closely, and we have the option to cancel the event if things change.”

To date, all the other horses at the Al Shaqab venue have had negative PCR tests, according to the FEI. Athletes can choose to withdraw from the event without consequences for their qualifications or ratings.