Time is life for a foal. If you are even the least bit concerned
Photo Credit: Anne M. Eberhardt/The Horse
ADVERTISEMENT

The Neonatal Medicine table topic session at the 2013 American Association of Equine Practitioners convention, held Dec. 7-11 in Nashville, Tenn., began with a discussion of Salmonellosis, which led to that the importance of biosecurity. The veterinarians in attendance suggested managers of farms with prior history of salmonella in mares and foals consider routine monitoring via culture or PCR or maintaining barrier precautions such as boots and gloves. Insuring clean foaling environments and successful passive transfer of immunity will prevent many problems and hopefully alleviate the need to use prophylactic (preventive) antibiotics in foals, which could lead to the development of drug-resistant bacteria. The exception might be farms with histories of Clostridial diarrhea in foals and using metronidazole in those situations.

The attendees also discussed on the use of omeprazole and gastric acid suppressants in foals, which was discouraged based on evidence that routine use of those drugs might increase the risk of Clostridial diarrhea in neonates. It is important to note, however, that foals with clinical gastric ulcers or older foals with musculoskeletal pain are still good candidates for gastric acid suppression. This led to a further discussion on pain management in foals. The panelists named the morphine derivative butorphanol as a favorite analgesic drug along with judicious use of non-steroidal anti-inflammatories and careful monitoring.

The next discussion focused on “dummy” foals and the lack of a medical treatment to guarantee survival. As these foals likely suffer from a variety of different causes for their clinical signs, there is no evidence that any drug or combination of drugs will alter outcome. Pamela Wilkins, DVM, PhD, Dipl. ACVIM, ACVECC, from University of Illinois at Urbana-Champaign’s Veterinary Teaching Hospital, commented on the failure of lactate levels to correlate with survival i 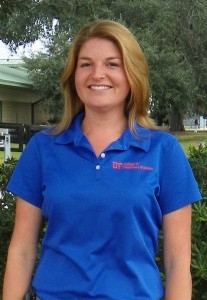 Sarah Reuss, VMD, Dipl. ACVIM, is a clinical assistant professor and large animal internal medicine service chief at the University of Florida College of Veterinary Medicine. Her clinical interests include all aspects of large animal medicine, with a focus in neonatology, critical care medicine, and Rhodococcus equi in foals.