Septicemia can manifest as pneumonia, diarrhea, meningitis (inflammation of the membranes of the brain and spinal cord), and joint and/or umbilical infections in the foal.

Everyone is excited about the newest addition on the farm. Care of your neonate should be easy, since foals are just small horses, right? Well, not exactly–especially when it comes to certain medical conditions. For example, foals are more susceptible to septicemia than adult horses. Septicemia is defined as the presence of bacteria or bacterial toxins in the bloodstream, and it is the most common cause of death in newborn foals. Septicemia can manifest as pneumonia, diarrhea, meningitis (inflammation of the membranes of the brain and spinal cord), and joint and/or umbilical infections in the foal.

So why are foals at a higher risk for septicemia than adults? Foals have an “open gut” for about 12 hours after birth, which allows the large antibodies in the mare’s colostrum to be absorbed into the foal’s bloodstream. This is critically important because there is no transfer of antibodies from the mare to the foal in the uterus to protect the foal from infection. At the same time the gastrointestinal tract can absorb colostrum, it is also permeable to bacteria and other microorganisms in the foal’s intestines. Nursing and consumption of colostrum helps stimulate intestinal closure. The average foal requires 1-2 liters of colostrum for adequate passive transfer (the passage of immunity from dam to foal), which is defined as an immunoglobulin (IgG, indicative of antibodies) level of 800 mg/dl or higher. Adequate passive transfer is not a guarantee the foal will be healthy and, conversely, partial or delayed failure of passive transfer will not result in septicemia in every foal. However, delayed or complete failure of passive transfer is one of the leading causes of septicemia and neonatal infection.

Ideally, the newborn foal should be standing within one hour of birth and begin nursing soon thereafter. If failure of passive transfer does occur, affected foals can be treated with colostrum (if they are less than 12 hou 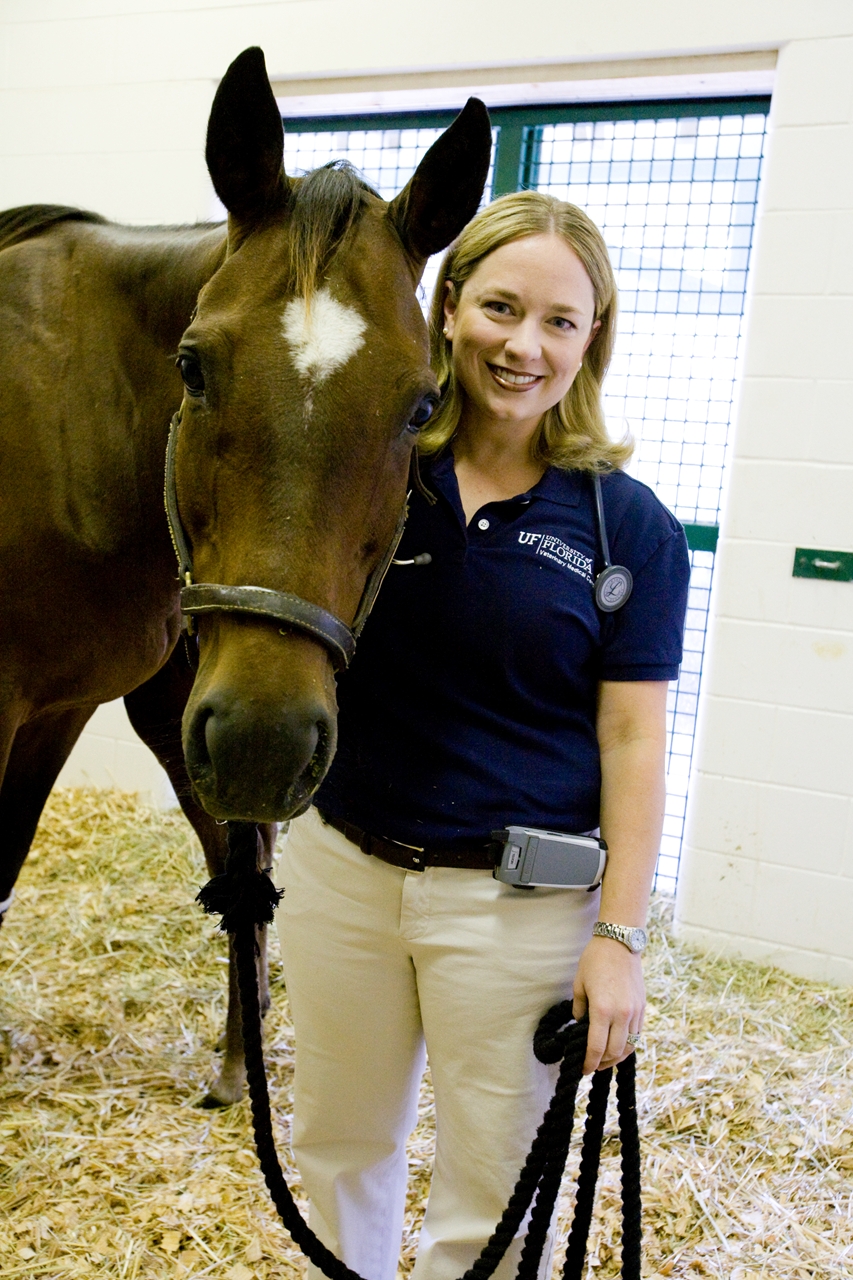 Amanda Martabano House, DVM, Dipl. ACVIM, is an assistant professor in the department of large animal clinical sciences at the University of Florida's College of Veterinary Medicine.

We have an "AMAZING Lineup" of exciting and available Thoroughbreds for you to meet. They have been rehabilitated, retrained and…
08/06/2019
Total views: 29715