Adopting a Mustang: What It Takes

Considering adopting a mustang? Here’s what you need to know. 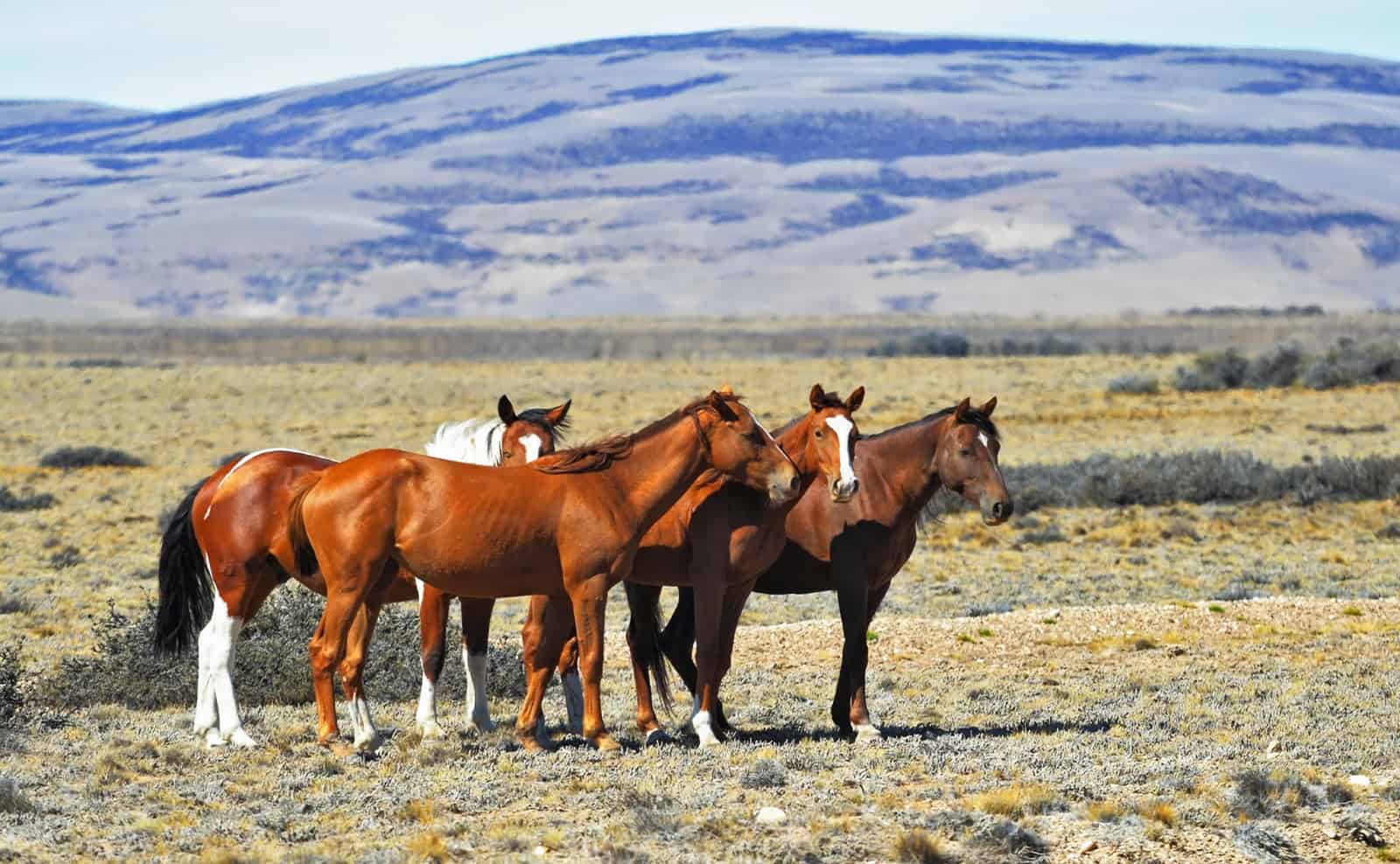 With his dense wavy mane, thick arched neck, and striking Buckskin markings, it is impossible to mistake Paco for anything other than an American Mustang. Since coming off the range years ago as a 2-year-old, Paco and his owner Bob Cohen have become fixtures on trails near Florida’s Gulf Coast. But, says Cohen, Paco’s journey from wild horse to reliable trail mount was a long and winding one.

Gathered from the Bureau of Land Management (BLM) Kiger Herd Management Area in Southeast Oregon, Paco was initially trained to be a reining horse. He made his way to Florida, where he also had some natural horsemanship training before Cohen purchased him through a trainer experienced in working with Mustangs. These days, Cohen shows off the now 15-year-old Paco every chance he gets.

“He gets a lot of attention, that’s for sure,” Cohen says. Since becoming available for adoption or purchase, Mustangs have earned high-profile status as adaptable partners for riders engaged in a variety of disciplines, ranging from trail riding and eventing to dressage and reining. At the same time, the horses have picked up a reputation as tough to handle and difficult to train. But Sarah Ralston, VMD, PhD, Dipl. ACVN, professor of Animal Science at Rutgers University, in New Brunswick, New Jersey, says her research has revealed the horses’ best qualities.

Ralston says Mustangs display a range of personalities, from docile to dominant, just like any other domestic horse. And also like domestic horses, Mustangs exhibit a variety of conformation types.

“For example, for a while, the BLM in Colorado was selecting for horses that were stocky,” Ralston says. “In Oregon, they were selecting for that more refined, Thoroughbred look.” In other words, they gathered for adoption the animals they thought would be sought after in the marketplace.

But whatever their similarities, Ralston says there are definite differences between horses that are born and raised domestically and those born in the wild.

In a recent research project Ralston studied the differences between 2-year-old Mustangs and 2-year-old domestic Draft-crosses. She found that while the wild horses took longer to train, they outscored their domestic counterparts in both learning and adaptability.

“There was no difference in (the horses’) trainability—they were even from the start,” Ralston says. “But the Mustangs are fast learners; they notice everything.”

Ralston says the Mustangs learned not only from their handlers but also from the domestic horses housed in the same barn or in neighboring pastures. The differences emerged when the formerly wild horses had to meet life’s day-to-day challenges. In one experiment, a handler walked a domestic horse down one end of a long hallway while a student stood on a stool at the other end.

“When the domestic horses came to the person standing on the stool, they were startled,” Ralston recalls. “They sniffed the student all over, including her face.”

The wild horses, on the other hand, weren’t so frightened.

“The Mustang saw the student standing there right from the beginning,” Ralston says. “When they got to the student, the Mustangs sniffed the stool.”

In another experiment the team asked all the horses to step from the barn’s concrete apron onto dirt while en route to their paddocks. Each domestic horse dropped its head to investigate the change in footing. The Mustangs stepped gingerly onto the surface to determine whether the ground was solid and if it was safe to proceed.

“The Mustangs always notice when things are different,” Ralston says. “But in the wild they learn that if they stick their noses out, they’re liable to get them bitten off by something, so they use their feet to test the waters.”

In experiment after experiment, Ralston says the Mustangs met challenges much the same way they would in the wild. At the same time they formed strong bonds with their herdmates and domestic handlers.

Even if a Mustang is proving to be a savant in the training pen, it’s important keep his roots in mind and handle him with care. Ralston’s experience has revealed that Mustangs are generally “predictably unpredictable,” and that prospective owners should never assume that these horses will react to anything in the same way domestic horses will.

“So I would never recommend a Mustang to a novice,” Ralston says.

This is a notion Jenny Rodder-Sloan understands well. She has been training Mustangs since 2007, when she adopted her first wild horse from the BLM. In the following years she has also rehomed Mustangs that were adopted or purchased by ill-prepared or inexperienced owners. Rodder-Sloan says prospective owners are often lured by the Mustang’s low price or adoption fee and by the fact that most Mustangs are easy keepers. But that’s just the quick and easy part, she says.

“Mustangs age 3 and younger sell for $125, and they don’t need the highest quality feed, they can eat coastal hay and they have great feet, so the commitment you have to make isn’t financial, it’s emotional,” Rodder-Sloan says. “People don’t realize that they have to do the work, so instead they turn the Mustangs out into a field, and they remain almost feral.”

Rodder-Sloan says doing the work involves gaining the horse’s trust. After that, owners must be prepared to invest in the horse’s training.

“People must commit to handling that horse every single day, five or six days a week,” Rodder-Sloan says.

These horses are not range rats; they’re solid citizens.
Elisa Wallace
But even the most dedicated owner needs help, she says. Especially for those who have never worked with a Mustang before, investing in assistance from an experienced trainer is a game-changer.

Rodder-Sloan says that in her experience it generally takes about a year to bond with a Mustang and to begin training it to participate in one or more disciplines.

The result, in her experience, is a wise, skilled partner.

“For example, my (Mustang) trail horse may decline to go into standing water because it may be too deep for her or because the ground might not be firm enough, and she is the first to know if there is something dangerous down the road,” Rodder-Sloan says. “I have learned to never second-guess her.”

Likewise, high-profile three-day event competitor Elisa Wallace credits a portion of her success to the wisdom of her trio of Mustangs. Wallace became involved with Mustang ownership when a friend persuaded her to participate in the 2012 Extreme Mustang Makeover competition. She adopted and began training “Fledge” for that event, ultimately winning it.

“I had never trained a Mustang before, and I was hooked,” Wallace recalls.

In the succeeding years, Wallace also acquired Hwin, a gray Mustang mare, and Rune, a chestnut gelding. All three horses have proven themselves on the eventing circuit—particularly Rune, who Wallace says has gone head-to-head in competition with Warmbloods and won. Beyond the experience and training necessary for building a successful partnership with a Mustang are criteria potential owners must meet before aquiring one.

Prices for BLM adult Mustangs up to 10 years old start at $125. Adoptions take place at specific BLM adoption events, at agency adoption facilities, as well as during Internet auctions. All adoptions require that prospective owners complete applications and undergo a BLM review. At the time of adoption, owners must agree to sign a Private Maintenance and Care Agreement stating that they will not sell the horse to slaughter, for bucking stock, or for processing into commercial products. Adopted wild horses remain BLM property for one year, during which time the agency may inspect the premises on which the Mustang is being kept to ensure the owner is providing the animal with prescribed appropriate minimum care, such as providing feed (grain and hay) and free-choice access to water as necessary to maintain healthy weight and hydration. Adopters must also provide routine veterinary care, including vaccinations, as well as routine farrier care. During that first year, owners are also prohibited from moving the animal out of the country.

Since 1971, the Wild Free-Roaming Horses and Burros Act has placed wild Mustangs and burros in the care of the BLM, allowing qualified individuals to adopt excess animals. As of March 1, 2015, 47,329 wild horses resided in BLM Herd Management Areas in 10 Western states. The BLM website reports that another 46,016 horses reside in off-range corrals and pastures.

In December 2004, about 8,400 wild horses and burros became eligible for sale under the Burns Amendment, which directed the BLM to sell “without limitation” to any willing buyers animals that are either older than 10 or have been passed over for adoption at least three times. Since 2005, the BLM has sold more than 5,800 horses and burros. In 2015 the agency reports it adopted out 2,631 animals and sold 262.

Prospective owners can purchase wild horses age 11 or older from the BLM outright. These buyers must also complete an application for BLM review. The horses are accompanied by a bill of sale and immediately become their new owners’ property.

Whether you adopt a Mustang or purchase one, you must be at least 18 years of age and free of any animal cruelty convictions or violations of the Wild Free-Roaming Horses and Burros Act.

Generally, Mustangs offered for adoption have not had any training whatsoever. Owners who would prefer a Mustang that has been gentled (trained to accept a halter, stand quietly in cross-ties, and pick up his feet) can buy one through the Mustang Heritage Foundation’s Trainer Incentive Program (TIP) or through Family Horses Inc. The BLM pays TIP trainers to provide Mustangs with basic training. Mustangs with more training sell for higher prices through various programs and Mustang Makeover events.

Bureau of Land Management rules specifically describe what vehicles an individual can use to transport a Mustang to his new home and what kind of shelter he requires once there. These include:

At home, new owners must provide:

Our trainer sources agree that under appropriate circumstances, most Mustangs easily overcome their reputation as hard to handle, unpredictable wild animals. But, says U.S. Wild Horse and Burro Association president Robin Rivello, like all horses, some Mustangs are not realistically cut out for domestic life.