He’s colicked and gone through surgery. Now, it’s up to his veterinary team to give him the best chances for a positive outcome. While supportive care is important, the way caregivers manage a colic patient’s post-surgical nutrition is critical, said a group of Italian scientists. Their latest research has revealed that providing handfuls of forage within hours of recovering from anesthesia can improve gut healing.

“We recommend feeding the horses a small amount of grass or hay as soon as possible after the surgery, then assess that clinical parameters are normal (especially that reflux or ileus are not present),” said Livio Penazzi, DVM, in association with the Department of Veterinary Science at the University of Turin, Italy. 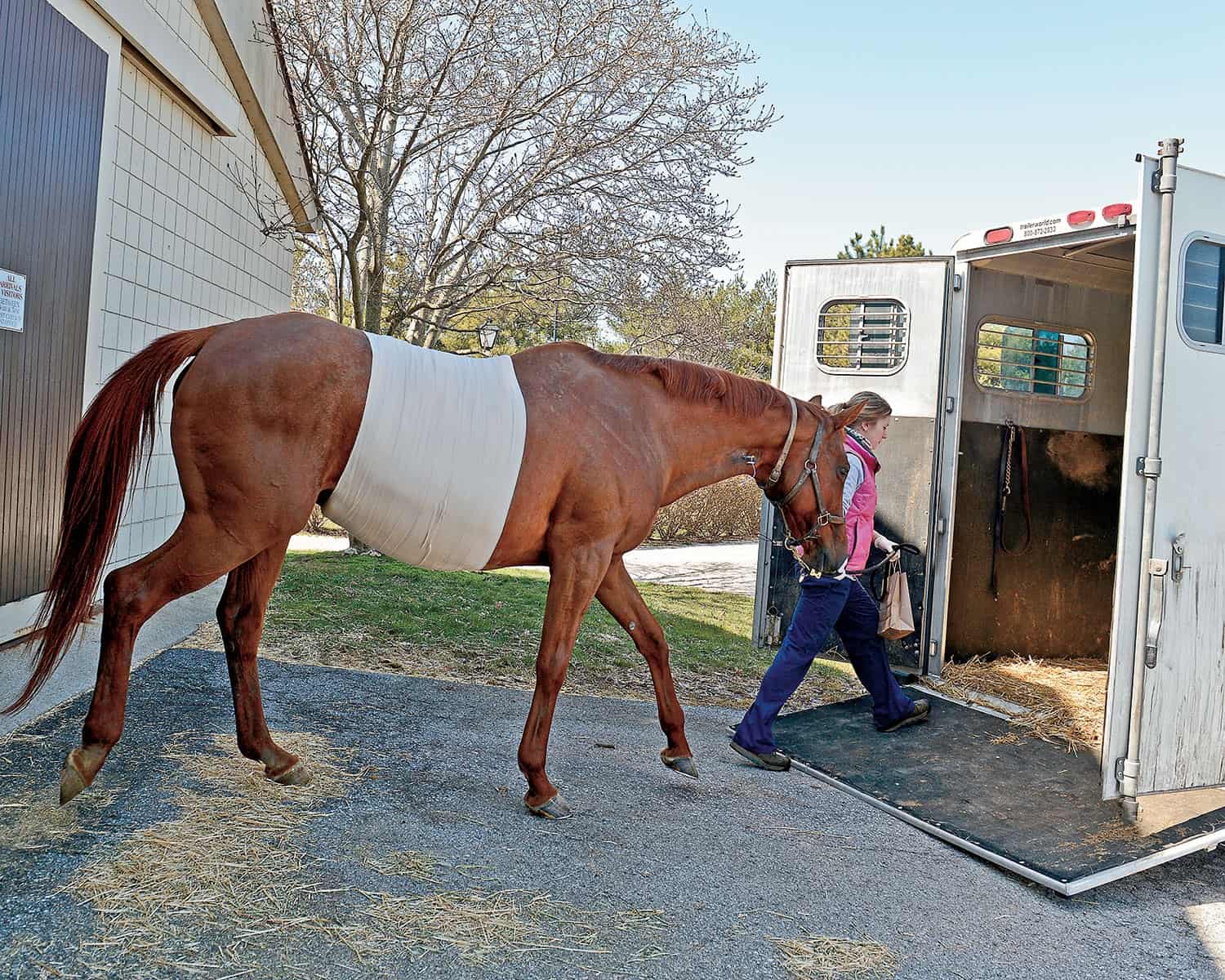 Penazzi, working with Emanuela Valle, DVM, PhD, ECVCN, the university’s head of the clinical nutrition counseling group, and their fellow researchers, investigated nutritional management in colic surgery patients. They analyzed how nutritional management, as well as other factors, affected recovery in 37 horses. The scientists looked at time to first meal, percentage of forage in each meal compared to concentrates, how those percentages evolved over the first four days, how long it took horses to reach an acceptable minimum food consumption level, and how long it took for them to recover completely.

They found little correlation between recovery times and kinds of surgery, horse’s age, how long the horse had an IV, and when he first defecated after surgery, Penazzi said. However, shorter anesthesia times led to shorter recovery periods. And lower body condition scores tended to correlate with longer recovery times.

More notable, though, was how caretakers managed feeding, he explained. When horses received higher percentages of forage than concentrate feed, they recovered faster and reached their minimum consumption levels sooner. Further, those that consumed higher quantities of hay or grass within the first 24 hours fared better than those eating sparsely. (Even so, a “high quantity” isn’t much—around 1 pound of hay [half a kilo] a day.)

“Usually, surgeons tend to consider that the more invasive or extensive the surgery, the greater the risk of hindering gastrointestinal function if a feeding plan is started soon, especially with regard to the bulk of the ration’s pressure on the stitches,” said Penazzi. “However, when looking at the latest discoveries and protocols in human gastrointestinal surgeries, we see that scientists tend to consider an early reintroduction of food, even in interventions involving anastomosis (intestinal reconnections) or intestinal bypass. We were surprised to discover that this is also applicable to horses, according to our study. In fact, it appears that potential pre-surgical parameters and surgery type are less important than patient post-surgical management itself.”

Research on nutritional management of colic surgery patients is lacking, though, Penazzi added. “It seems that a good amount of practices still prefer to feed horses based on personal knowledge and preferences, considering that they do not have a nutritional scientific literature background,” he said. “The collaboration between surgeon and clinician is really important.”