Why Is My Previously Dewormed Yearling Pooping Parasites?

A reader dewormed her new yearling with the rest of her herd and was surprised by what she found the next day. Q. I recently purchased a yearling from reputable breeders with more than 50 years of experience. They administered an oxibendazole dewormer days prior to shipping him to me. They have a program where the babies are dewormed every two months up to the age of 1. He was just turning 1 when I got him.

He’s healthy and active, and I was unconcerned about him being wormy. I give my horses ivermectin in September every year, and although I didn’t do fecals this year, they have been clean in prior years. My vet had told me I don’t need to give wormer to my other horses (not the yearling), but I still give ivermectin anyway once a year.

I included this yearling in the administration of the ivermectin about 13 weeks after he arrived. I was shocked to find dead ascarids—lots of big long ones—in his manure piles the next day, and there were dead worms present for about a week. I am grateful with that worm load that I didn’t cause a colic.

How long is ivermectin working to kill worms in my horses? I’m getting a fecal done on the yearling. What wormers are actually effective?

A. Yearlings are definitely more prone to harboring parasites in high numbers than mature horses. While ascarids are generally regarded as foal parasites, it’s not unusual to observe a second wave of infection during the yearling year. What’s unusual in your case is that the ascarids appear to be sensitive to ivermectin. This is somewhat surprising given that ivermectin resistance is reported to be widespread in equine ascarids around the world.

Now, resistance rarely means zero effect. Instead, it means the effect is lower than historic levels. I say this because you only see the dead worms coming out, and we don’t know if some are still left inside. Given that resistance to ivermectin is so common in ascarid parasites, it’s definitely worthwhile to check a fecal sample for ascarid eggs to make sure. If your yearling comes back ascarid positive, I recommend treatment with a benzimidazole, as we see very little resistance to this drug class. Pyrantel pamoate paste products are also most often effective, although a few cases of resistance have been reported. In general, it’s recommended to periodically check for treatment efficacy with fecal egg counts before and after treatment.

Interestingly, your yearling was treated with an oxibendazole (a benzimidazole drug) product just prior to moving to your facility. It’s important to keep in mind that even if no resistance has developed, benzimidazoles in a single dose only work against the worms in the intestine and do not work against larvae migrating through the liver and lungs. So, it’s still possible your yearling could have carried some ascarid larvae at that time and these have now developed into adults. But before you conclude that the breeder’s deworming program is ineffective, keep in mind that equine ascarids can develop from egg to adult in 10 weeks. Since you encountered the worms 13 weeks after the yearling arrived at your facility, it is possible he got infected after moving to your facility. But that would mean at least one other horse at your facility is infected with ascarids and actively shedding eggs.

To answer your other question, ivermectin reaches its effect within 24 hours and is out of the system within a couple of days. You observed dead worms excreted for several days because adult ascarids live in the upper part of the small intestine, from which it’s a long way out. Ivermectin works by paralyzing the worms, so they slowly lose their ability to swim against the stream and are carried down the intestinal tract to finally make it out with the feces. Sometimes the worms even take a detour to the bottom of the cecum and back, which can take an extra couple of days. 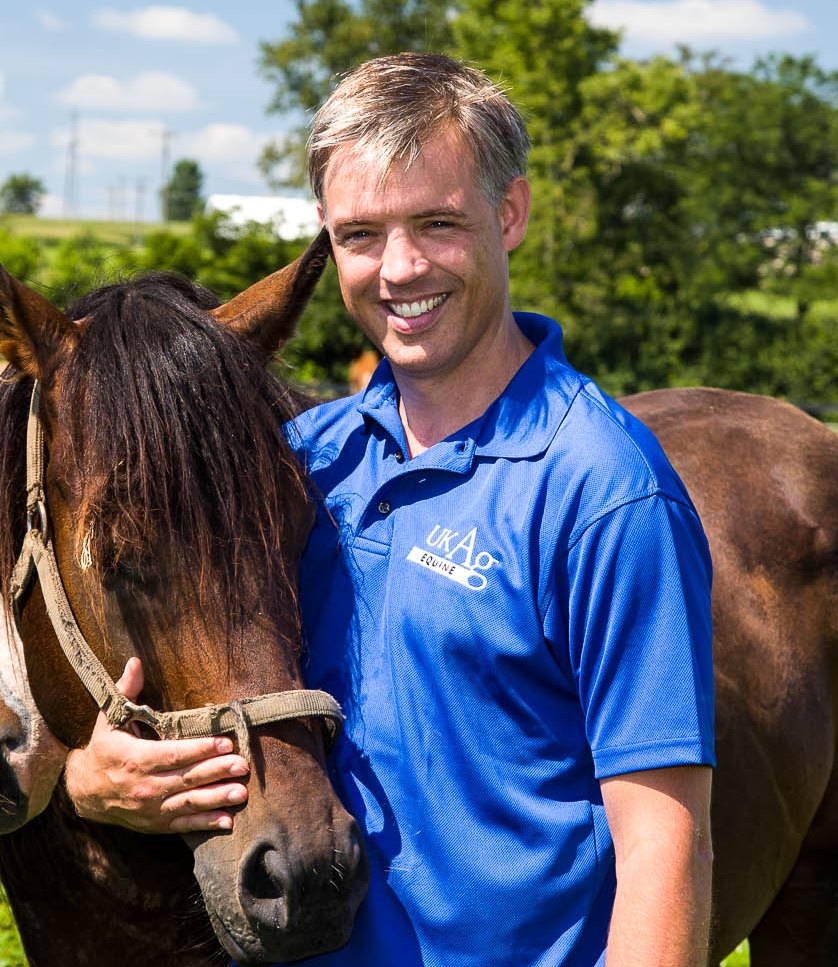