Researchers assess the pandemic’s early effects on horse owners and horse welfare in the United States, the United Kingdom, and Australia. 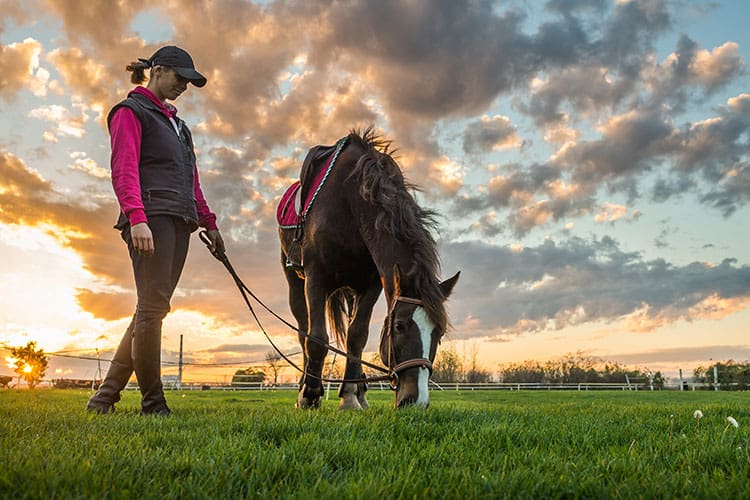 The COVID-19 pandemic has had a significant impact on the well-being and livelihood of people of all walks of life. To determine its effect on horse owners and horse welfare specifically, a group of British, Australian, and U.S. researchers conducted a survey of more than 11,000 owners from late March to early April. Lead researcher and independent scientific consultant David Marlin, PhD, presented their findings at the International Society for Equitation Science’s virtual meeting in August.

Marlin described some of the key results:

Horse owners from different countries reported varying areas of concern. Marlin said common themes among U.K. respondents were concerns about horse exercise and management, horse health, horse welfare, and human well-being. North American respondents were concerned about horse exercise and management, horse welfare, and personal (human) impact. Australian respondents had a wider range of themes, he said, including horse health and welfare; impact on horse owner mental and physical health; a need for clearer and more consistent guidance; current and ongoing access to veterinarians, farriers, and resources such as forage and feed; and the lack of parity to other open-air sports.

Marlin noted other similarities and differences between countries:

“The common themes we saw across all countries were horse health/welfare and horse owner well-being,” said Marlin. “The effect on people’s mental well-being is a theme in general that has become more prominent throughout the COVID-19 pandemic.” ​Recommendations and Next Steps

Based on the information they collection, the researchers made a list of recommendations for the equine industry. Marlin said the industry needs:

“We have shared this data with government organizations and equine charities such as British Horse Society, World Horse Welfare, British Equine Veterinary Association, and other stakeholders who could use this information to understand and manage the potential impact of COVID19 on horse welfare and horse owners,” said Marlin.

The next step, he said, is to relaunch the survey to try to understand how owners’ positions have changed and what we need to be concerned about going forward as far as horse health and welfare.

We have an "AMAZING Lineup" of exciting and available Thoroughbreds for you to meet. They have been rehabilitated, retrained and…
08/06/2019
Total views: 29693