The horse’s body possesses approximately 700 muscles that control movement. By understanding how horses’ muscles contract to produce movement, you can formulate training and rehab strategies. 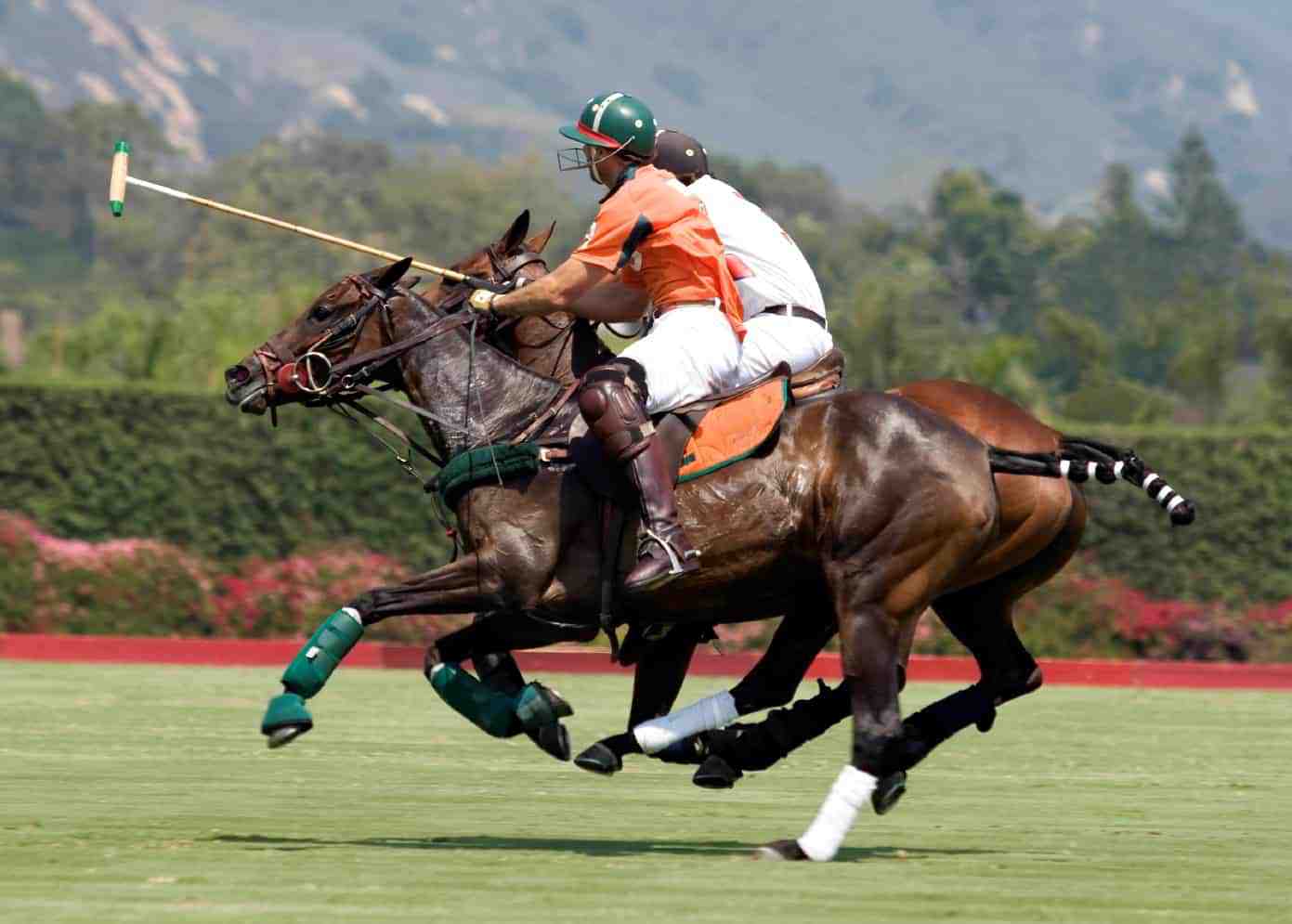 The horse’s body possesses approximately 700 muscles that control movement. Skeletal muscles, which attach to bones via tendons, contract or shorten in length in highly coordinated ways to produce movement. These muscle contractions allow horses to spin and run with their turnout buddies, chew mouthfuls of grass, pin their ears in warning, and swish their tails at flies.

By understanding how horses’ muscles contract to produce movement, you can formulate training and conditioning strategies for the competition season, rehabilitation protocols following injury, and exercise routines for weight management.

The Bulk of the Brawn: Macro- and Microscopic Muscle Structure

Now, picture hundreds to thousands of even skinnier telephone poles inside each large pole. Those skinny poles, called myofibrils, are the functional units of the muscle that do all the work. A cell membrane that wraps around the muscle cells and extends the length of the pole plays a very important role in muscle contraction.

The microscopic myofibrils are made of two main proteins: actin and myosin. These long, straight proteins lie against one another and interdigitate with little fingerlike projections extending from the actin molecule. When muscle contracts, the actin’s projections essentially walk (or run, depending on the speed of muscle contraction) along the myosin molecules, which shortens the muscle fibrils.

If it helps, think of the telephone poles as accordions. When the accordion is extended, the muscle is relaxed. A closed accordion is a fully contracted, shortened muscle.

Take the semitendinosus muscle, for example. The semitendinosus is one of the large, prominent muscles in your horse’s hamstring region. Visible to the naked eye, it runs from the pelvis along the length of the back of the femur (beside where the tail lies) and inserts onto the top region of the tibia (the long bone that stretches from the stifle to the hock). At its insertion, the muscle turns into tendon to make a firm, strong attachment to the bone. When the semitendinosus contracts (shortens, flexes) while weightbearing, the hip, stifle, and hock all extend backward, causing propulsion. When the limb is nonweightbearing, semitendinosus contraction causes stifle flexion, outward rotation of the limb, and backward motion (e.g., such as when a horse kicks).

How do the actin and myosin fibrils of skeletal muscle fibers know when to kick-start major muscle action? The central nervous system (CNS, the brain and spinal cord) helps. Nerves stemming from the spinal cord connect to the muscles via neuromuscular junctions, also called motor end plates.

When the brain signals a nerve to stimulate a muscle, a neurotransmitting chemical called acetylcholine pours forth from the end of the nerve, rushing like a wave toward acetylcholine receptors on the muscle cell membrane. When acetylcholine binds to its receptor, sodium (Na+) channels open and a massive wave of Na+ rushes through the channel into the muscle cells from the extracellular fluid.

This process occurs rapidly, often without the horse making conscious decision to move. Think of how quickly you jerk your own finger away when you touch something hot.

Once the Na+ channels in the muscle cell membrane at the neuromuscular junction open, a chain reaction starts. Na+ channels located all along the muscle cell membrane (remember the telephone pole analogy) open in rapid gunfire succession, creating an electric charge. That charge transmits to a tiny organelle inside the muscle cell called the sarcoplasmic reticulum—essentially a miniature storage vat for calcium ions (Ca2+). This triggers Ca2+ channels to open, releasing all the stored calcium ions into the muscle cell. The Ca2+ then stimulates actin to start walking along the myosin chains to cause the myofibrils, myofibers, and entire muscle to contract.

Finding the Strength Within: Energy Storage

When you watch a horse in heavy training or competition, it’s clear that moving those muscles requires a lot of energy. Muscle cells generate chemical energy for contraction via two main pathways—the phosphagen system and the glycogen-lactate system.

The phosphagen system uses various forms of phosphorus to generate energy. The key energy storage system is adenosine triphosphate (ATP), which produces energy when it releases phosphate. This energy powers the actin and myosin to contract. Muscle ATP stores are very limited, however, and can only provide a short-lived, eight- to 10-second energy boost—enough for a quick sprint. Creatine phosphate can also provide phosphate to regenerate ATP, but this produces only a few additional seconds worth of energy. After that, muscle must draw energy from other sources, such as sugar or fat.

Muscle cells rely on the glycogen-lactate system for sustained energy production. Muscle stores sugar from feed in the form of glycogen. When cells need energy, they break down glycogen into individual sugar molecules that, in turn, break down into ATP and pyruvic acid molecules. When a horse begins exercising, very little oxygen reaches the muscle, so that pyruvic acid is further metabolized to lactic acid—the molecule responsible for that burning sensation in muscles at work. This anaerobic muscle metabolism can provide enough ATP to let a horse exercise for about 1.5 minutes.

After that the muscle needs oxygen so it can continue to contract; thus begins the process of aerobic metabolism. Muscle cells oxidize nutrients from feed—glucose, fats, and amino acids—to produce ATP for working muscles.

While the phosphagen system, glycogen-lactate system, and anaerobic metabolism all have a finite ability to produce ATP, aerobic metabolism (i.e., oxygenation of nutrients) can provide ATP as long as the muscle cell has access to nutrients. For many horses this is a long time—think about endurance rides—adequately fueled with good nutrition and hydration—lasting up to 100 miles in a single day.

Give Me Strength and Endurance: Aerobic and Anaerobic Metabolism

Conditioning is the process of preparing a horse to meet the physiological requirements of sport and competition. “This includes cardiovascular conditioning to increase oxygen delivery to the muscles and strength training to improve the power or endurance of the muscle fibers,” says Hilary M. Clayton, BVMS, PhD, Dipl. ACVSMR, FRCVS, McPhail dressage chair emerita at Michigan State University (MSU) and president of Sport Horse Science, in Mason, Michigan. At the start of exercise, both heart rate and stroke volume (the amount of blood it pumps out with every beat) increase and, during fairly intense exercise, the spleen (part of the lymphatic system that’s tasked with filtering the blood and bolstering immunity) squeezes extra red blood cells into the bloodstream to enhance its oxygen-carrying capacity. The respiratory system works in concert with the cardiovascular system. Increases in respiratory rate and tidal volume (volume of air per breath) deliver more air to the lungs, which is where oxygen diffuses into the bloodstream. The blood vessels carry the oxygen-rich blood to the muscles; oxygen and energy substrates (e.g., fats, carbohydrates) diffuse from the capillaries into the muscle fibers.

“Regular exercise stimulates changes in the body that facilitate oxygen delivery to the muscle cells and change the structure of the muscle fibers so they are better able to cope with the physical demands of the type of conditioning,” says Clayton.

Over several months the blood vessels within the working muscles proliferate. This larger network of vessels allows the blood to travel more slowly through the muscles and allows more time for oxygen to diffuse into the muscle fibers.

Muscle fibers differ in contraction speed (i.e., slow-twitch, fast-twitch) and whether they primarily generate energy aerobically or anaerobically via the glycogen-lactate system.

Further, hybrid fast-twitch fibers adapt to become more aerobic or anaerobic depending on the type of exercise.

“Short duration, high-intensity exercise stimulates the use of fast-twitch fibers and an increase in the enzymes used for anaerobic metabolism,” Clayton explains. “Because fast-twitch fibers have a large diameter, the overall effect is for the working muscles to get larger, like a bodybuilder.”

In contrast, long duration, low- to moderate-intensity exercise—again, like endurance—relies primarily on aerobic metabolism with an increase in aerobic enzymes in the muscle fibers. Fibers that use aerobic metabolism maintain a small diameter to facilitate oxygen extraction from the blood so, rather than getting bigger, these fibers remain lean, like those of a distance runner.

Genetics, nutrition, and training all play important roles in helping horses meet their athletic goals. If the body delivers adequate levels of oxygen and nutrients, muscle will continue to contract without interruption. When things go wrong, seek your veterinarian’s help.