While not frequently diagnosed, equine muscle injuries can cause pain, lameness, and poor performance in horses. 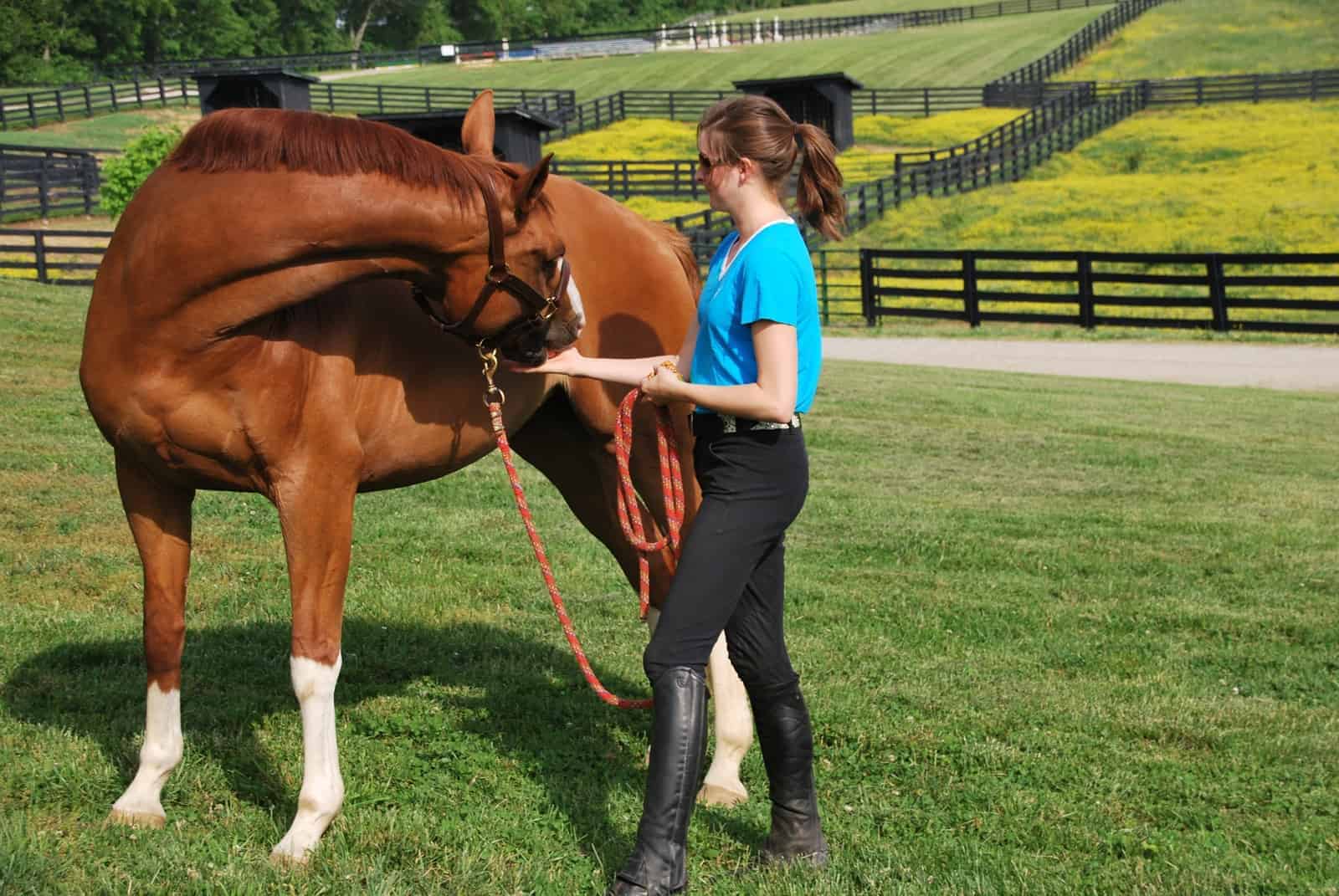 Sitting a sudden spook, lifting a bale of hay the wrong way, or chasing a loose horse around the farm are just a few of the ways equestrians can pull, tear, or otherwise damage a muscle. We’re all aware of how painful such injuries can be and how tempting (or even necessary) it might be to spend a few days out of the saddle.

Muscle injuries aren’t uncommon for riders. But have you noticed that, overall, there’s little talk of muscle injuries in our horses? That’s because, said Tracy Turner, DVM, MS, Dipl., ACVS, ACVSMR, “muscle pain and injury as a cause of lameness and poor performance in the horse are poorly recognized.”

That doesn’t mean, however, that such injuries don’t exist. Turner, who owns Turner Equine Sports Medicine and Surgery, in Big Lake, Minnesota, reviewed what veterinarians know about diagnosing and treating muscle injuries at the 2016 American Association of Equine Practitioners’ Convention, held Dec. 3-7 in Orlando, Florida.

Turner said muscle conditions such as fibrotic myopathy, stringhalt, tying up, and post-exercise fatigue are better recognized than general muscle injury in horses. The first two are usually more associated with gait abnormalities and the latter two are considered specific physiologic disturbances, he said.

Muscle injuries, on the other hand, “frequently cause lameness in human athletes and racing Greyhounds,” Turner said. “Similar injuries, therefore, would be expected in the horse.”

He said horses are frequently exposed to several factors known to predispose to muscle strains and injury, including:

Why, then, do veterinarians diagnose muscle injuries so infrequently? The answer lies in the diagnostic process itself.

“In human medicine, the athlete’s description of the pain location is often the single most important factor in diagnosis,” Turner explained. “This diagnostic aid is obviously lacking in veterinary medicine.”

Veterinarians can’t diagnose muscle injuries using radiographs or nerve blocks, he said, and ultrasound is really only useful after locating the injured muscle. Palpation can be unrewarding, as well, because some muscle injuries are only painful during exercise or movement, not when the horse is standing still. And elevated muscle-related enzymes in the blood—useful for confirming conditions such as tying-up—aren’t useful indicators of muscle injury. So, he said, many muscle injuries causing lameness or poor performance likely go undiagnosed and are treated using rest, pain killers, and anti-inflammatories.

There are ways, however, to make a muscle injury diagnosis, Turner said. It starts with a thorough history of the problem.

“It is important to determine whether there was a history of a fall or other trauma, the duration of clinical signs, the presence of swelling, and whether lameness or poor performance has been documented,” he said.

While difficult to feel or see, Turner recommended practitioners stand the horse squarely and look and palpate for signs of muscle atrophy (wasting), fibrosis (thickening and scarring), tension, spasm, defects, or pain.

“Acute muscle tears may not be palpable because the defects become filled with hemorrhage, inflammatory debris, exudate, and edema,” he cautioned.

Still no signs of muscle injury? Turner said to consider thermography next.

“Although thermographic images measure only skin temperature, they also reflect alterations in circulation of deeper tissues,” including muscle, he said.

Muscle injury can be evidenced on thermography as either a temperature increase or decrease.

Once the veterinarian has located the site of injury, he or she can use ultrasound to evaluate muscle fiber alignment and look for hemorrhage. Researchers on one study even took a muscle biopsy of the injured area, which revealed inflammation of the fascia surrounding the muscle, he said.

Sites at which veterinarians have identified muscle injuries include:

Once you’ve found your injury, the next step is to rehabilitate the horse and get him back to work.

“In humans, rehabilitating muscle injuries is based on three goals: improving flexibility and muscle condition, strengthening, and return to full activity,” Turner said.

“Regardless of the modality, to achieve the goal of improving flexibility and muscle condition, I believe that the horse must remain in at least low-intensity exercise,” Turner added.

Another important component to rehab is strengthening the muscles, he said.

“Horses gain strength by flexion (walking over ground poles and cavalettis), through transition of gait, stress (walking in deep footing or hill work), and lateral work (this might be the most difficult, especially for horses with inner-thigh injuries),” he said.

He encouraged attendees to continue stretching exercises during and after strengthening.

“The return to full activity should be a gradual process,” Turner said. “Do not go straight back into regular work, but build up gradually from slow trotting.”

Once the horse can slow-trot for 20 minutes, add a more forward trot, then canter, then gallop until the horse is back in full training.

“As training is commenced, massage therapy, acupuncture, and in some cases chiropractic adjustments can help the horse recover,” Turner said. “But for the long-term, I’ve found that altering the exercise program can be most beneficial, and conditioning is of utmost importance.”

He encouraged lots of stretching in a long-and-low frame until the horse is moving his hips equally and overstriding from behind, working over poles and cavalettis, and exercising for at least an hour per session.

Additionally, he said, massaging tight muscles in the back, croup, and thigh before and after exercise can be beneficial, as can post-exercise liniment baths.

While not frequently diagnosed, muscle injuries can cause pain, lameness, and poor performance in horses. Veterinarians can use thermography to aid in diagnosis, along with palpation, ultrasound, and other modalities. Base rehabilitation on strengthening muscles and improving their flexibility before slowly putting the horse back into full work.